Given its tiny stature and its ability to disappear into a wetland without a trace, any sighting of a Least Bittern is a rare and special event. Thus it was that this individual provided an enormous amount of pleasure when viewed for about ten minutes feeding at the edge of a reed bed. 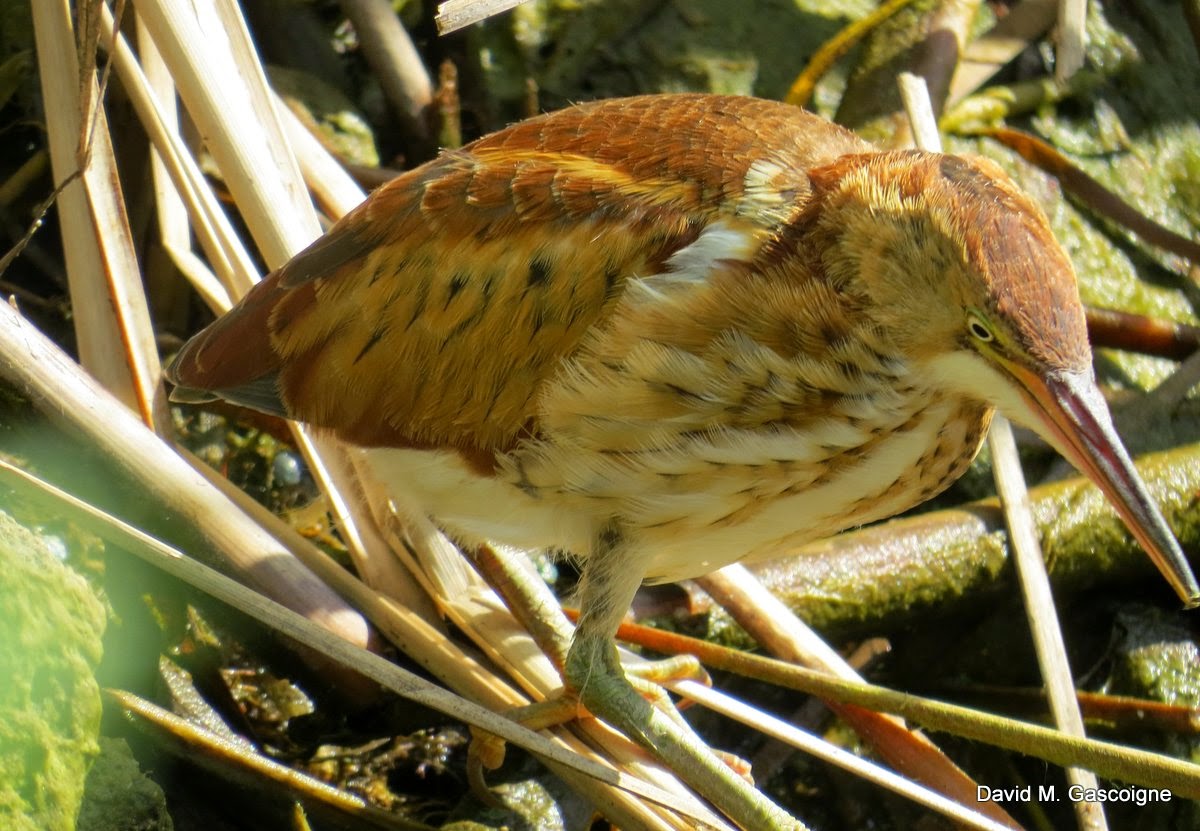 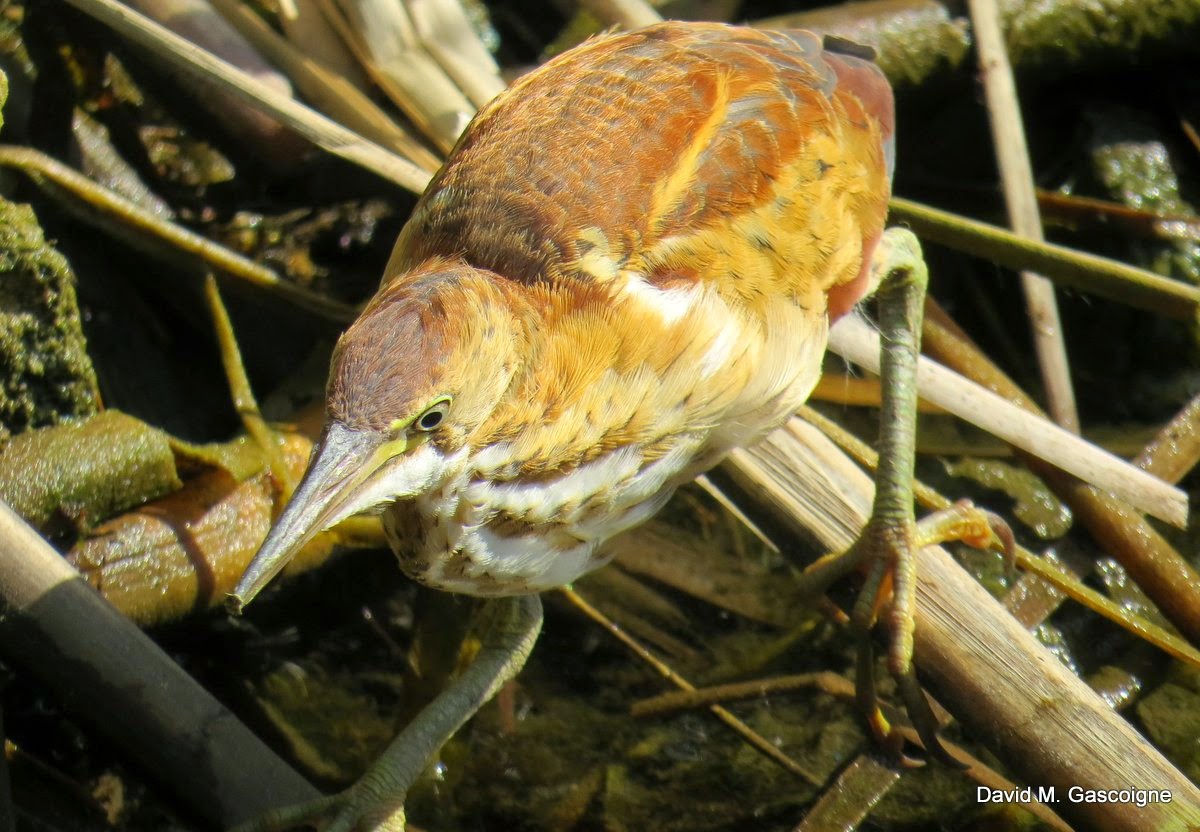 The bird measures a mere 28 - 36 cm from the tip of its toes to the end of its bill so you can well imagine that the body area is quite small, about the size of a Common Starling in fact. Its large feet are well adapted to life in dense shoreline vegetation. 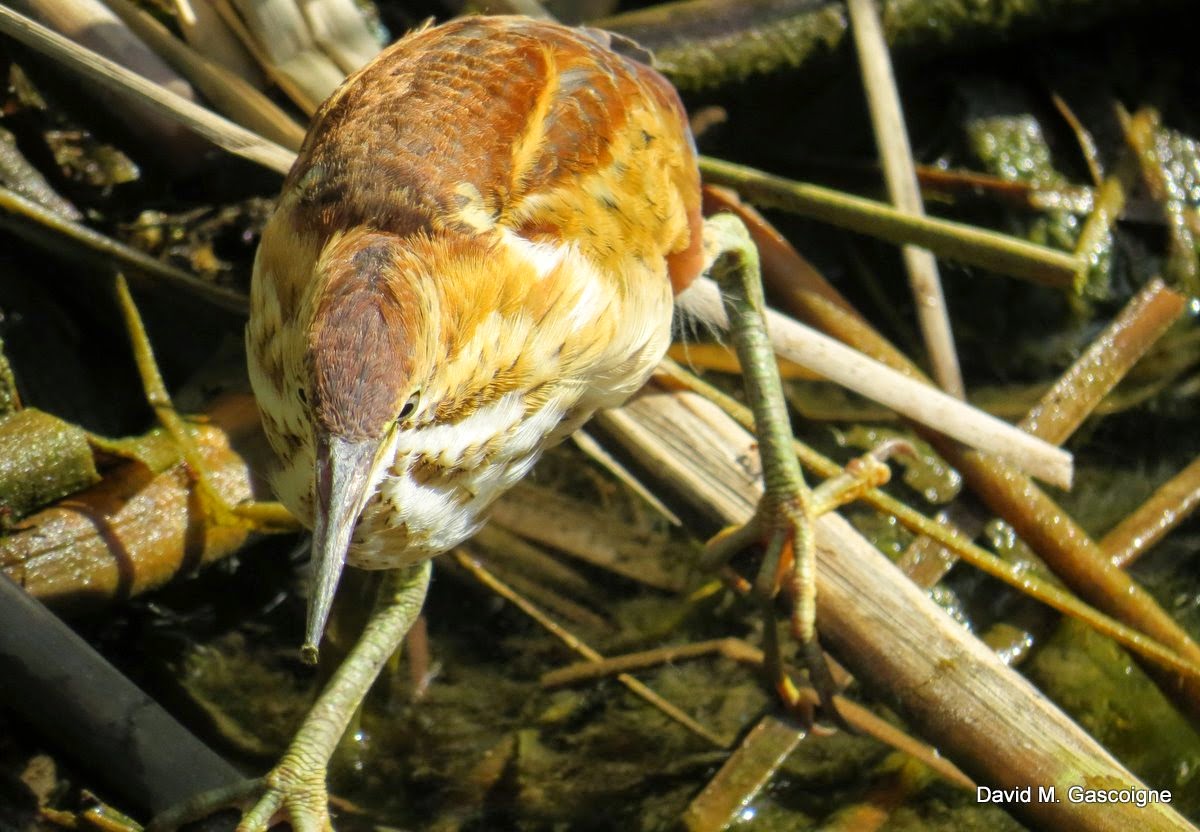 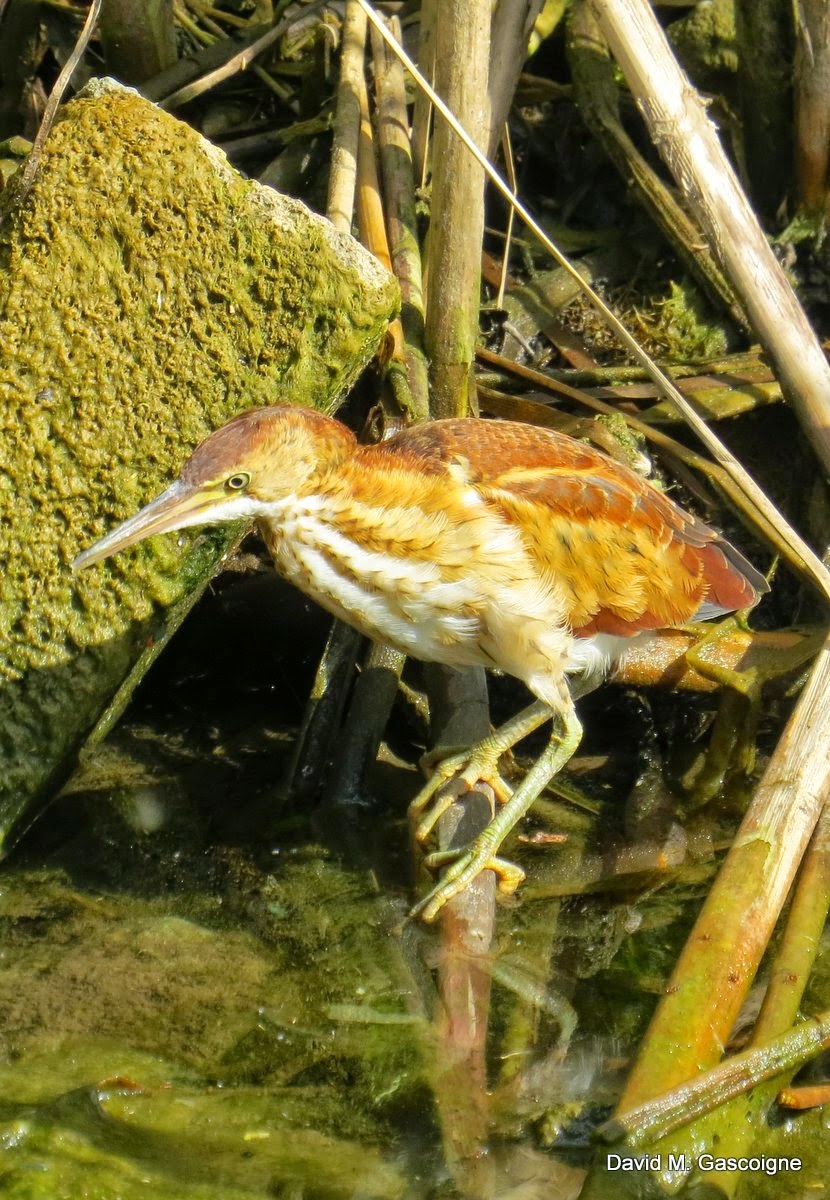 This individual (probably a female) appeared to be feeding primarily on small fish but I was never quick enough to snap a picture as it captured its prey. Many Bluets (sp. ?) were dancing above the water and mating and these too seemed to attract the attention of the bittern. 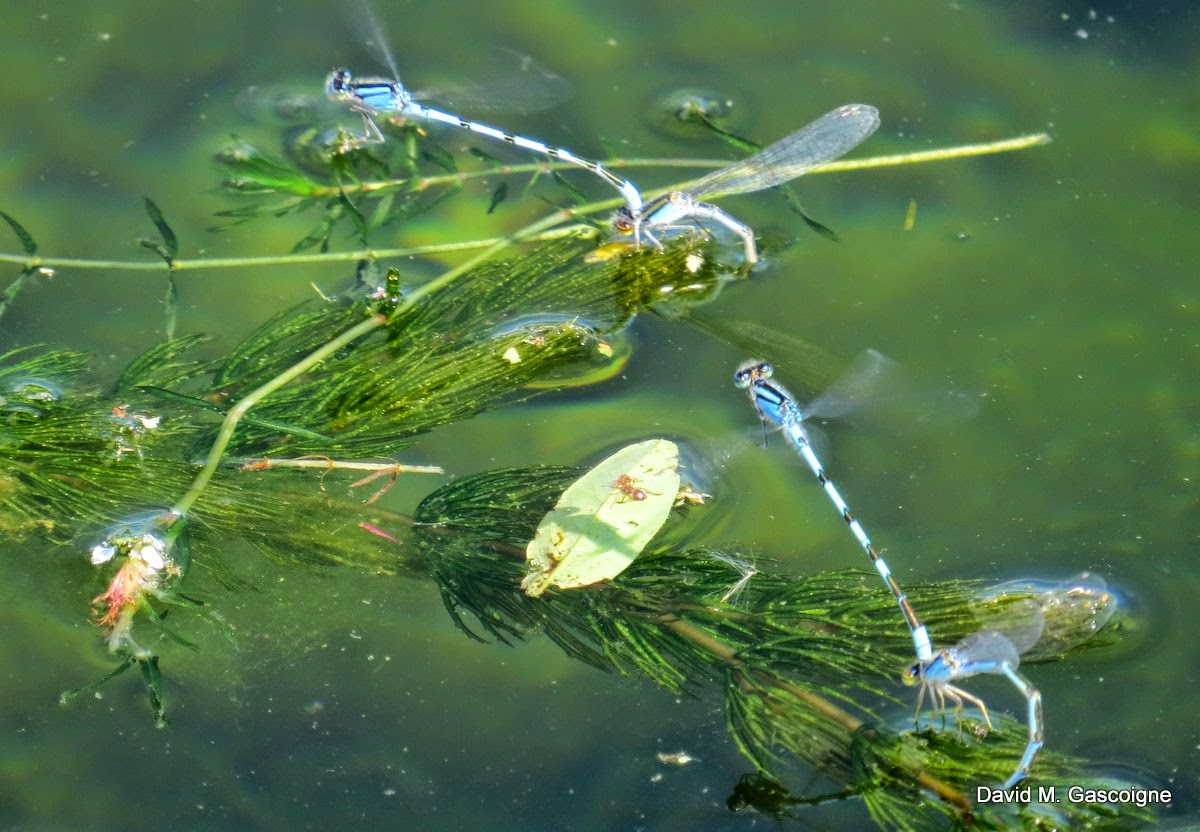 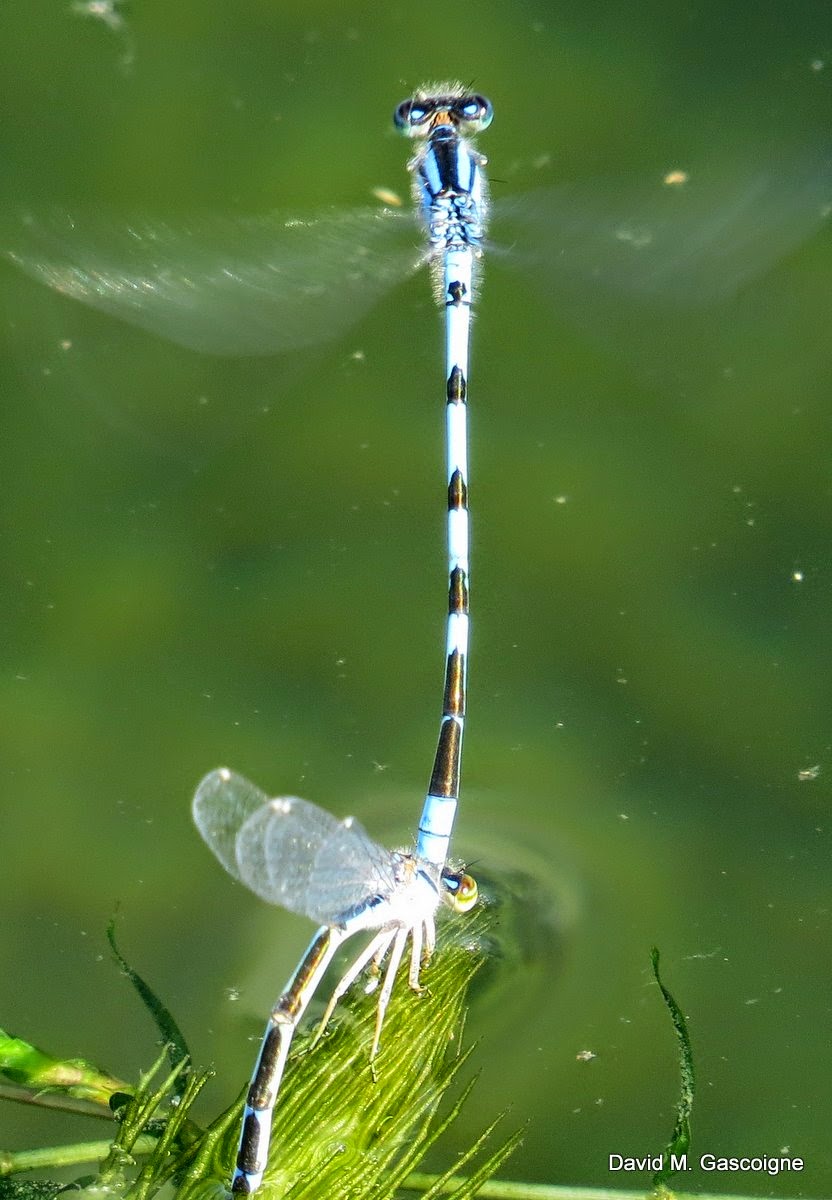 This was my first sighting of Least Bittern in Ontario in many years. 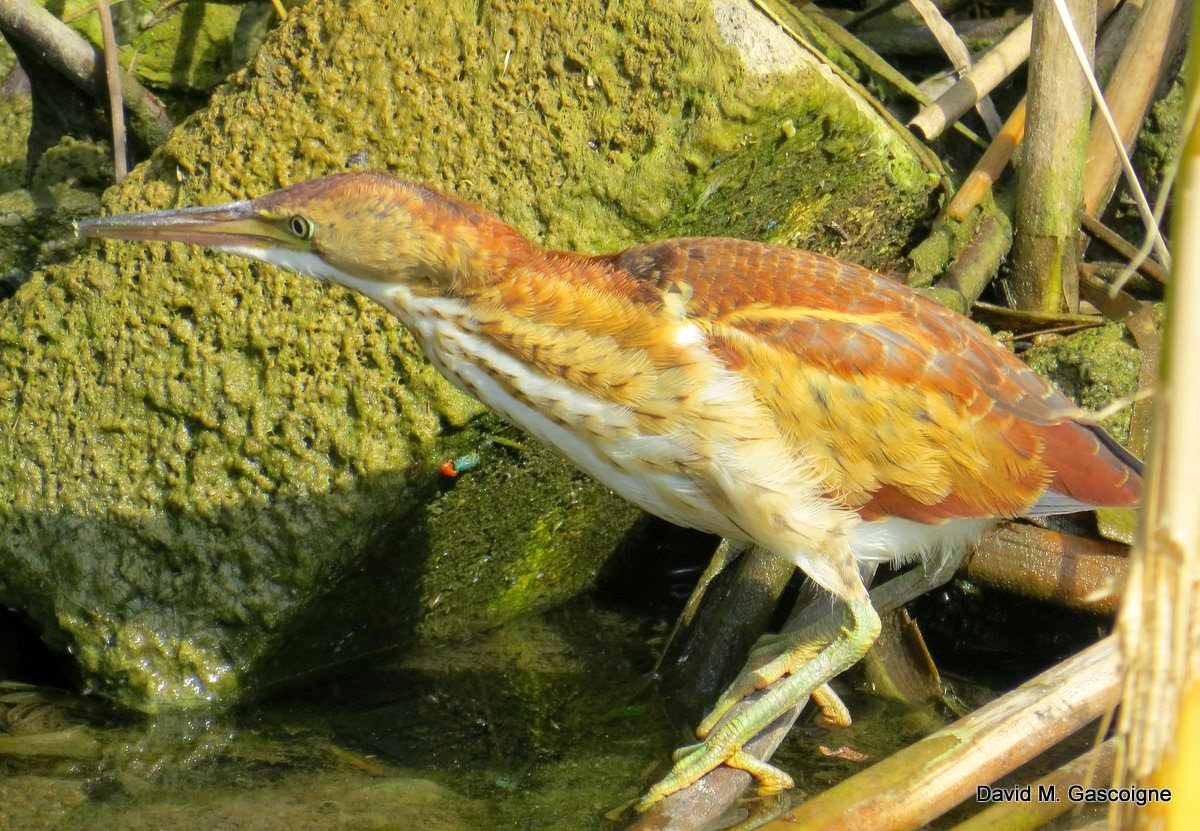 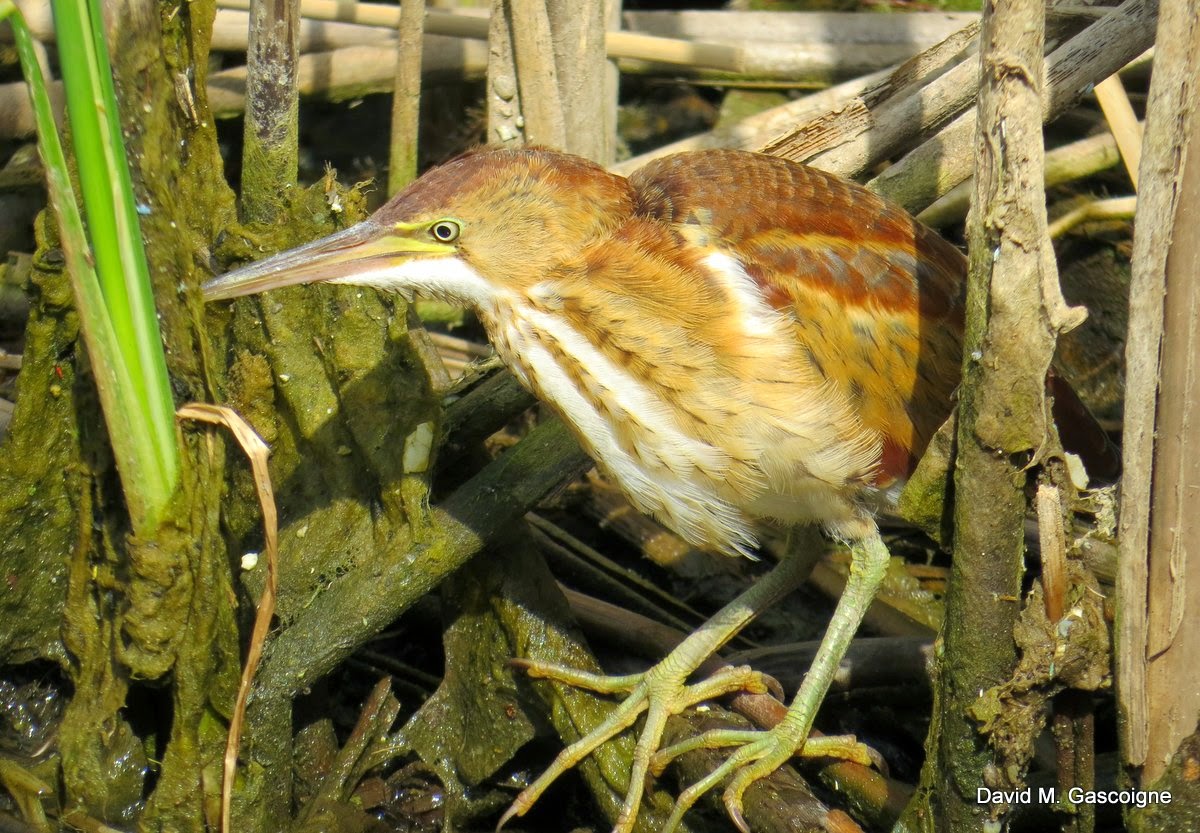 There was much else to be seen and Red-necked Grebes Podiceps grisegena seemed to have had a successful breeding season. 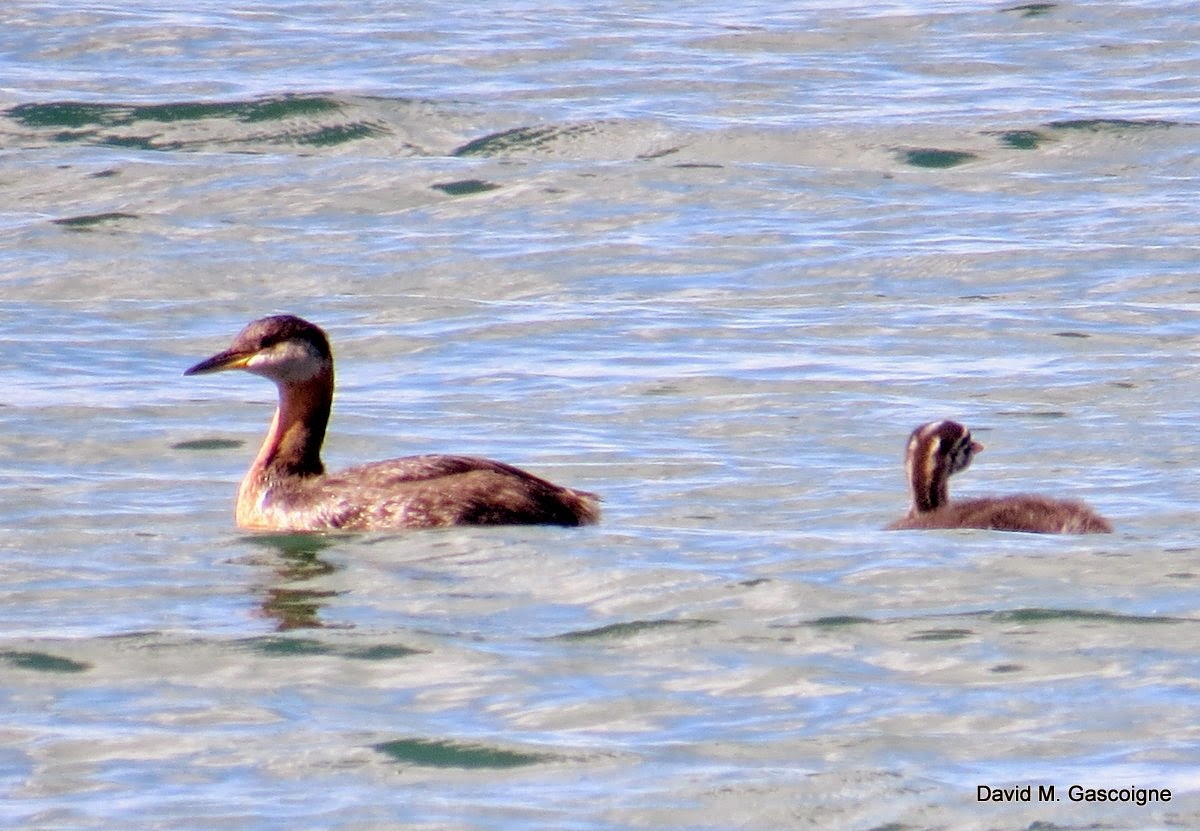 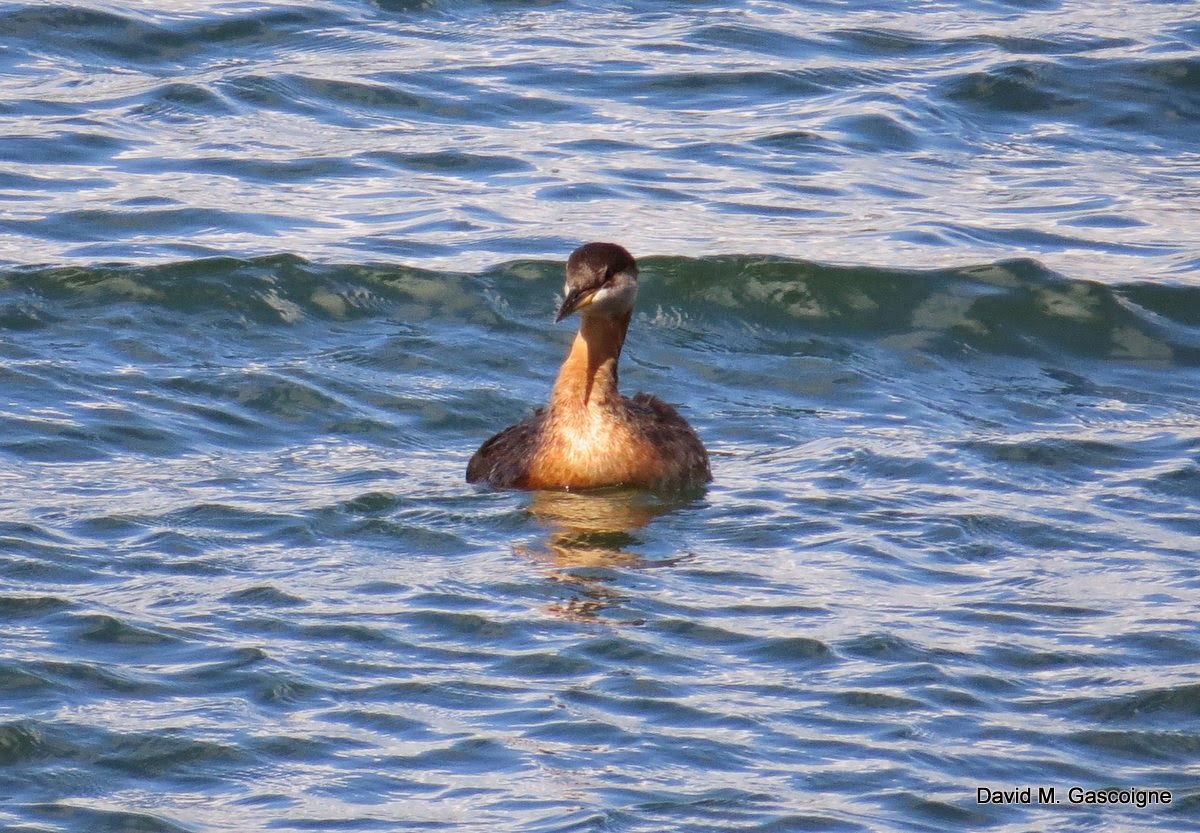 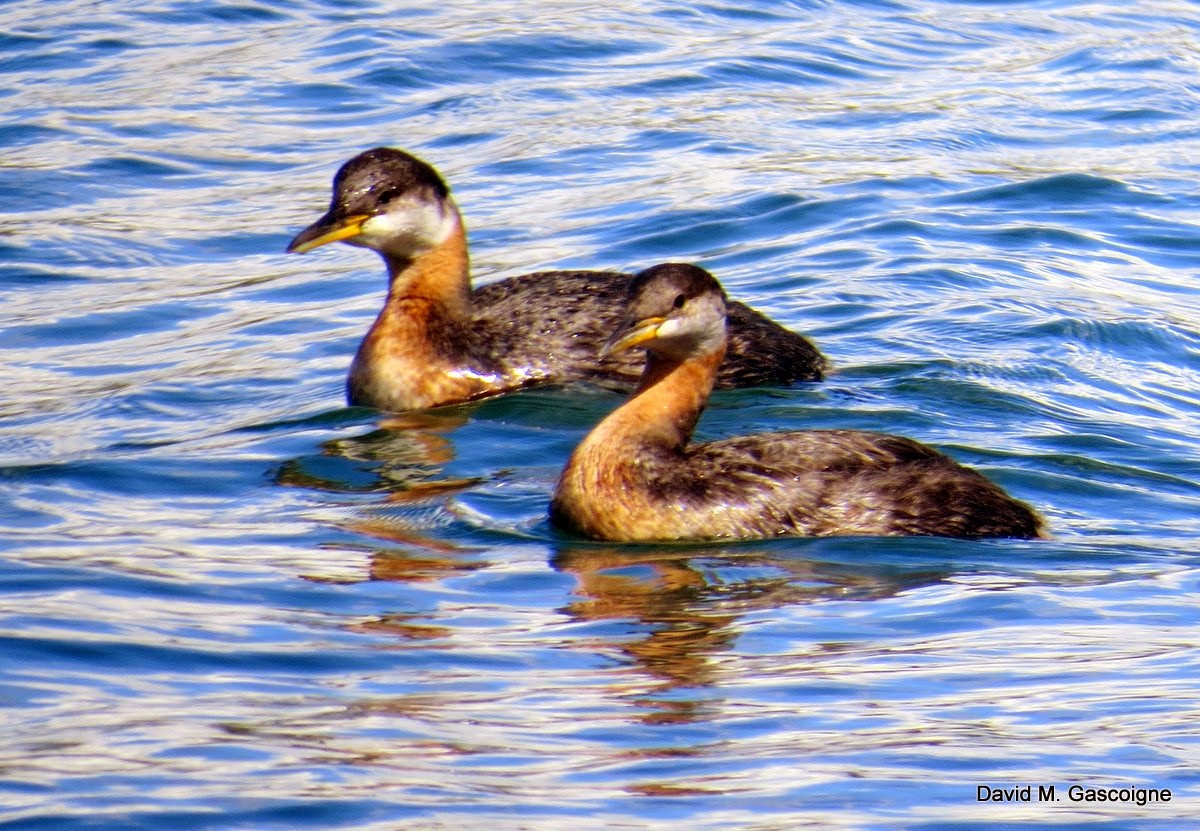 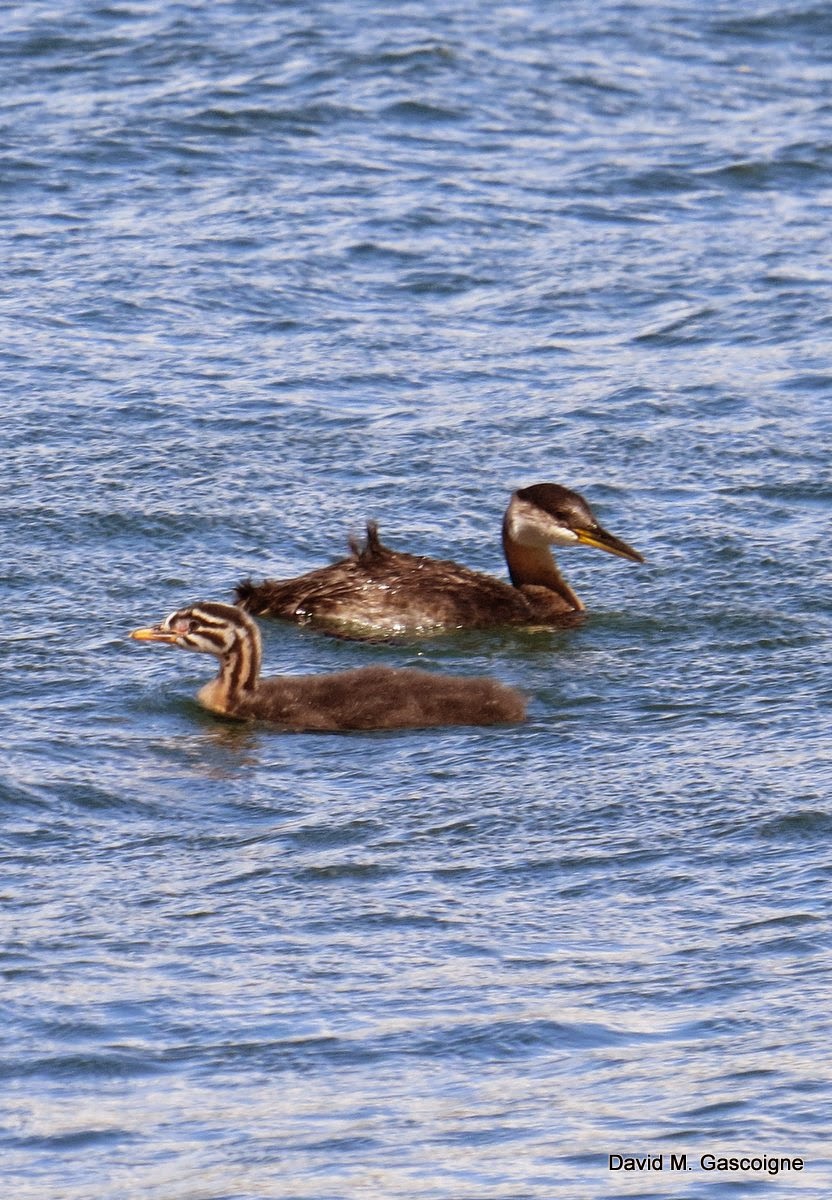 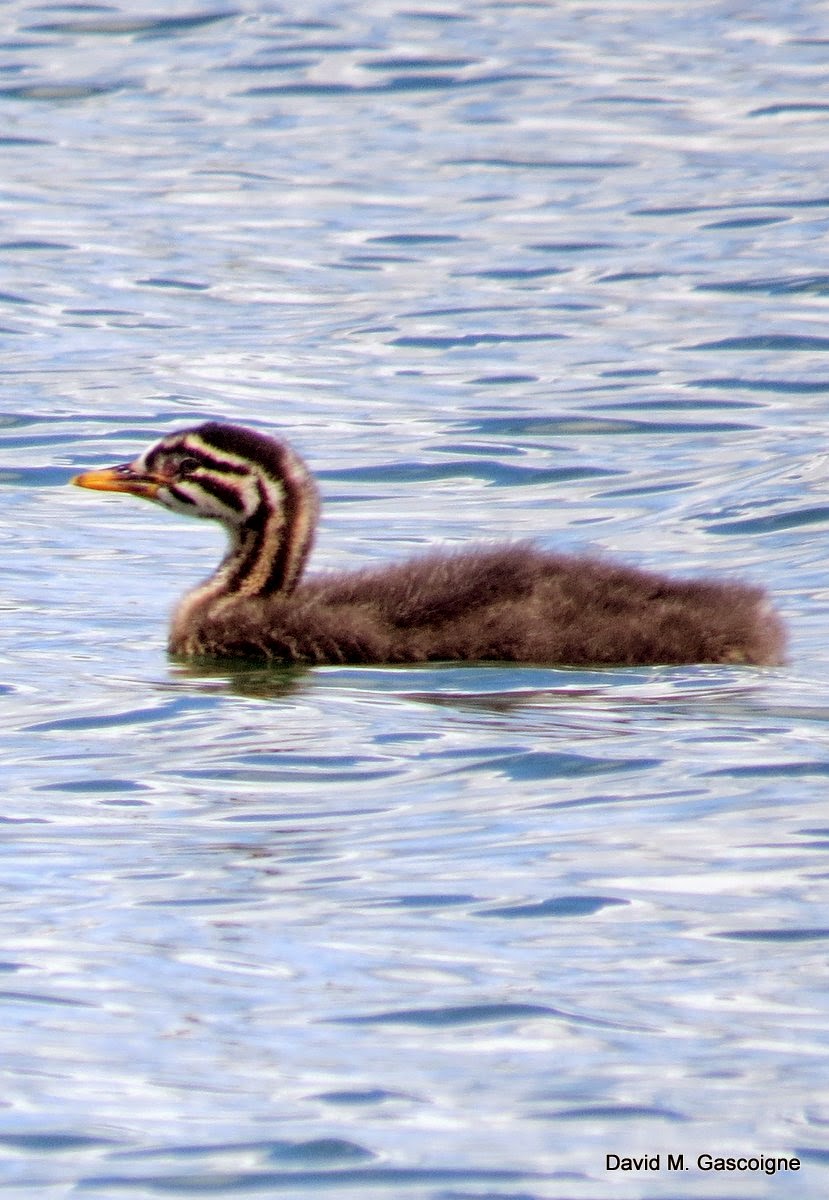 These snails had worked their way up to the top of a seeding plant that obviously held some attraction for them. 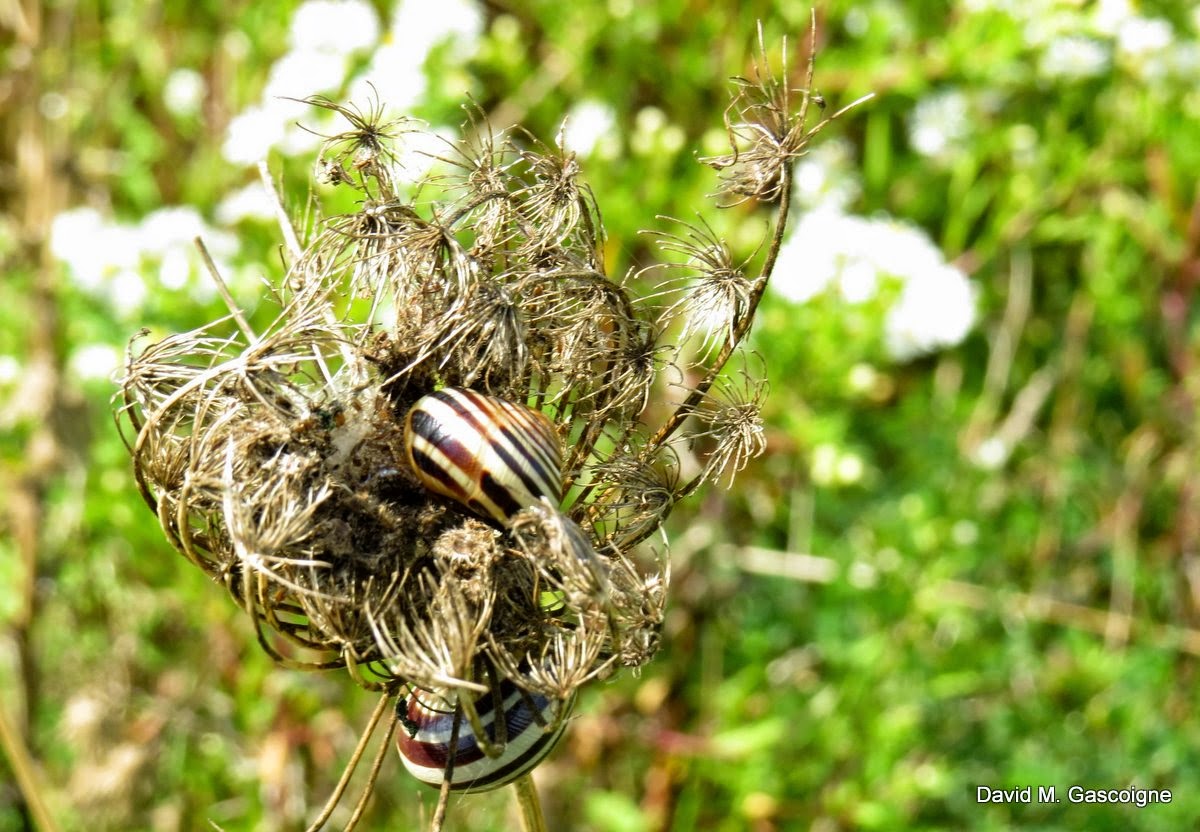 Three wing-tagged Trumpeter Swans Olor buccinator had recently arrived from their northern breeding area and were seen swimming together on Lake Ontario. 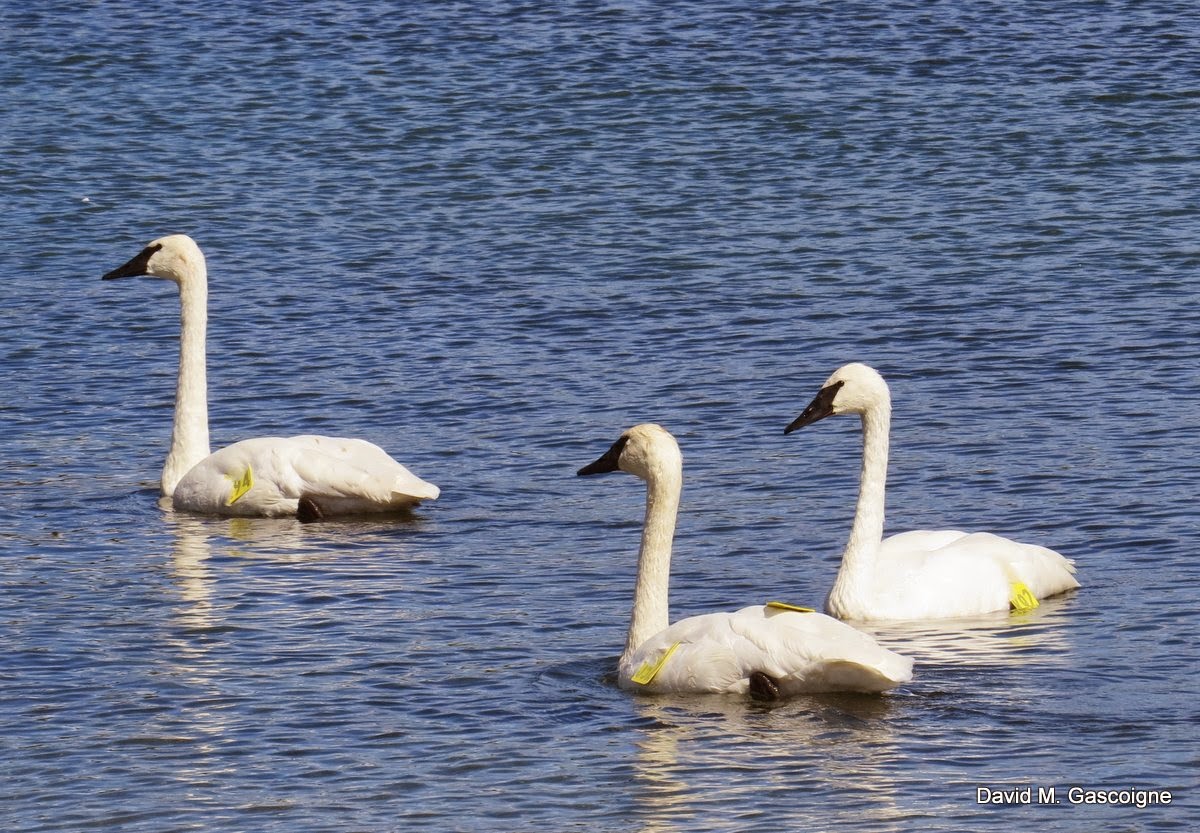 A Green Heron Butorides virescens was stalking prey and a nearby Great Blue Heron Ardea herodias seemed oblivious to everything going on around it. 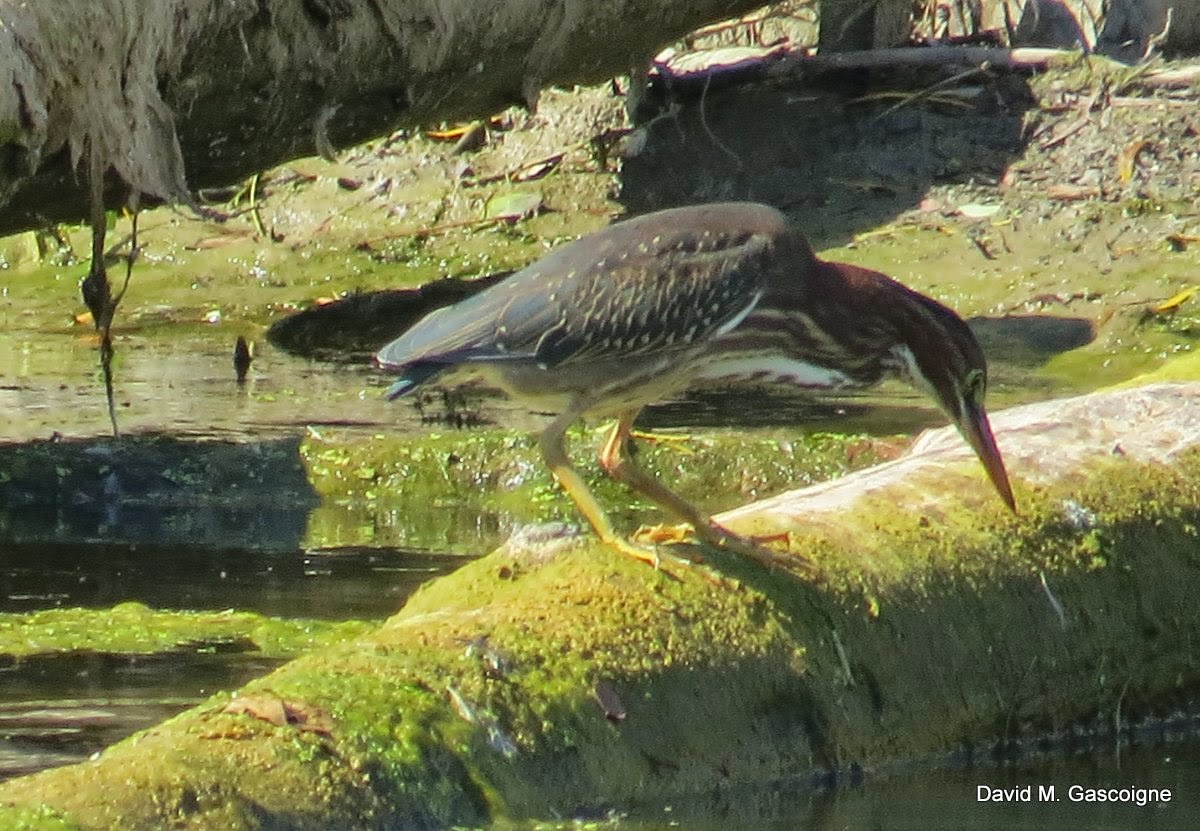 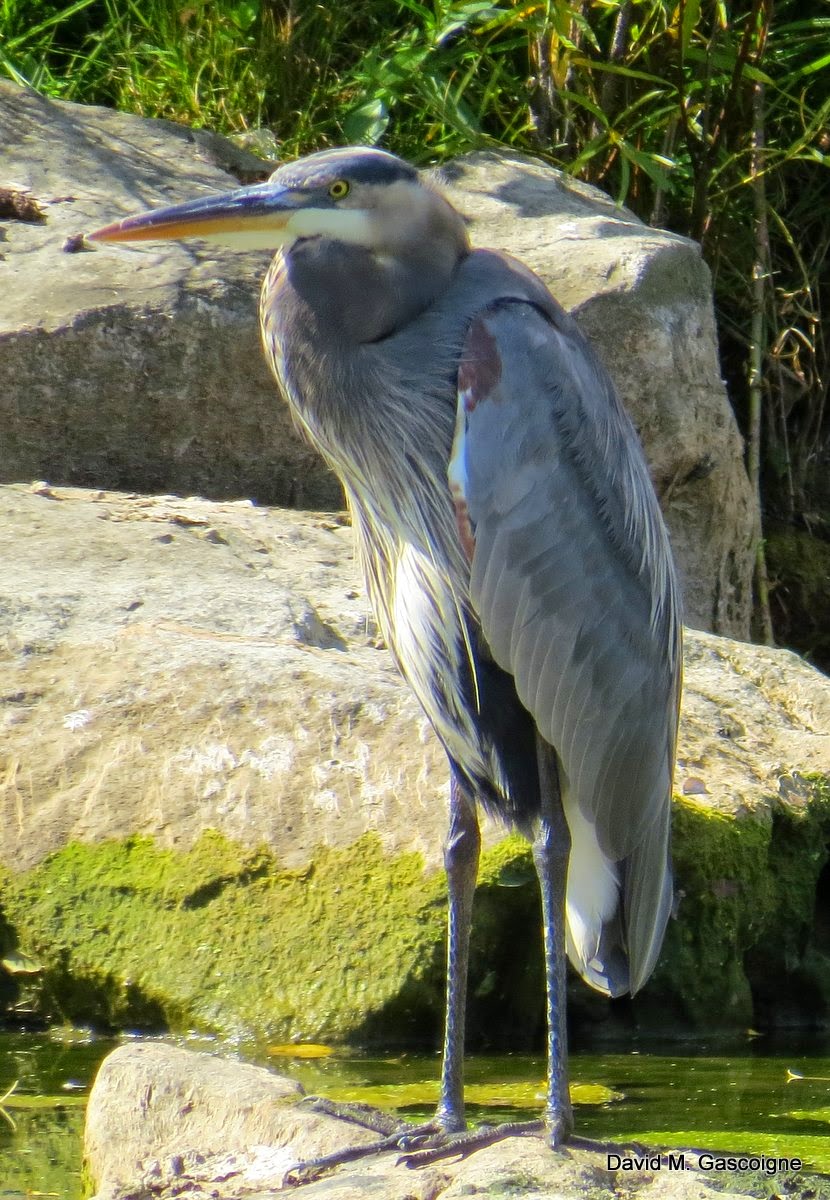 Several Northern Shovelers Anas clypeata seem to have recently arrived from the north and doubtless it will not be long before many other waterfowl species arrive also. This female was accompanied by several males in eclipse plumage. 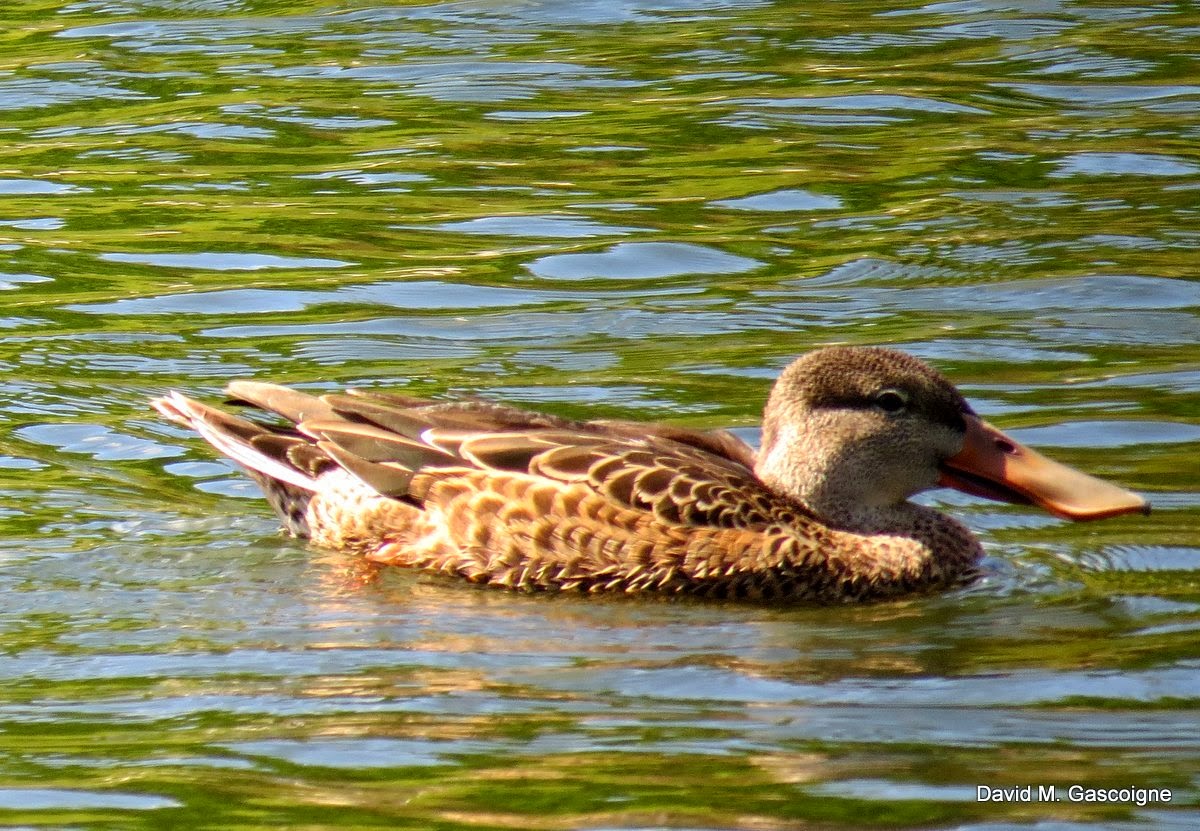 As noted on earlier posts Monarchs seem to have done at least somewhat better than in recent years and there was no shortage of this species in floral meadows. 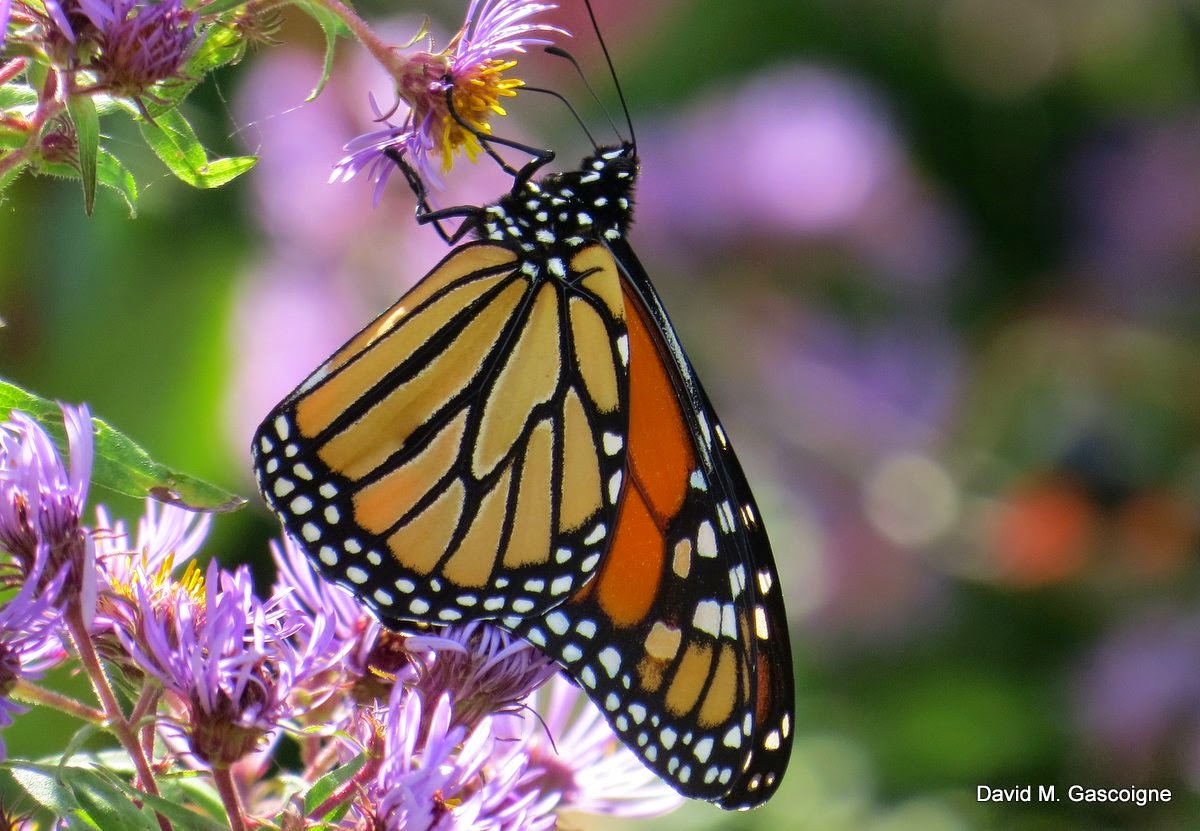 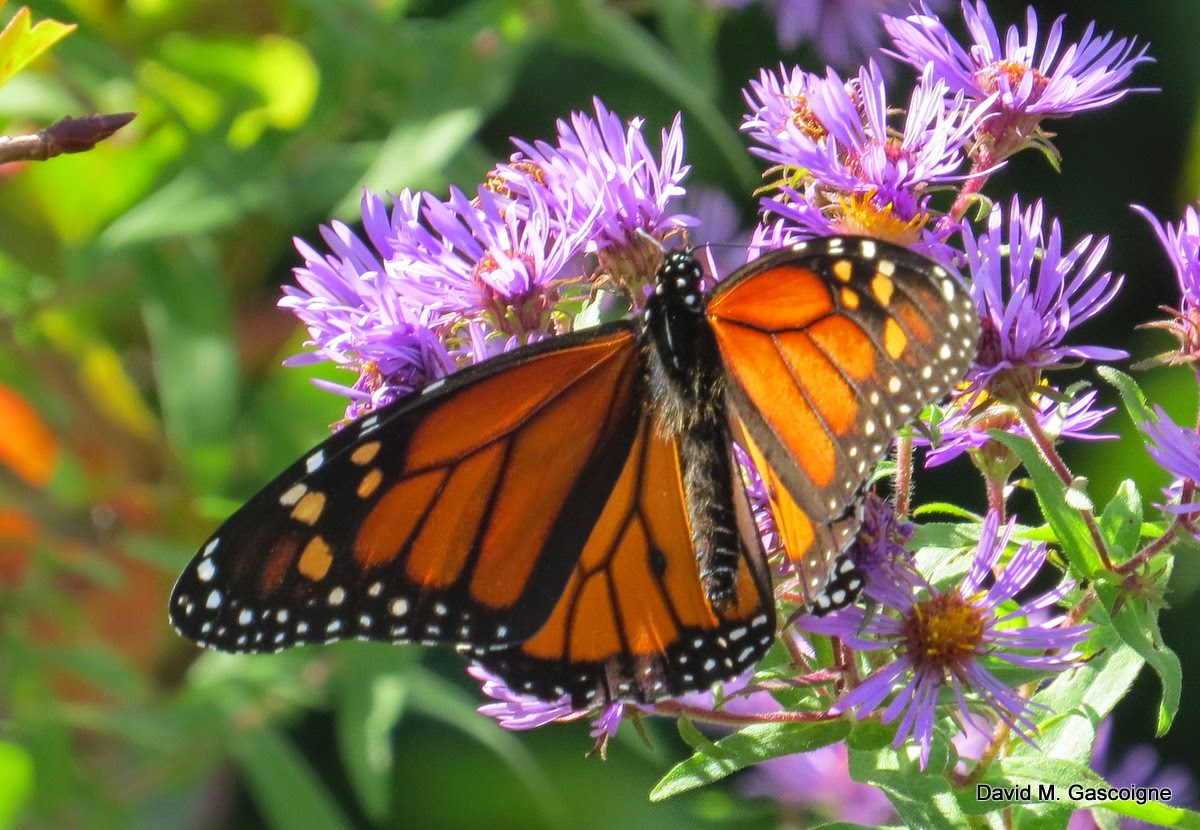