Driving by this location, I glanced out of the car window and noticed two Turkey Vultures Cathartes aura on the beach, so I turned into the parking lot and walked down to observe. The birds were feeding on a large dead carp in the same location where I had observed an American Herring Gull Larus smithsonianus feeding on identical carrion a few months earlier. Whether carp have some kind of proclivity to beach themselves in this area I have no idea but it seems curious that the same event would repeat itself in the same location. One of the birds flew off almost immediately but the second bird remained to feed.
I did not have a camera with me, but a young man named David Mew was taking pictures there and he very kindly agreed to email me a few shots. The following pictures are his work, not mine. 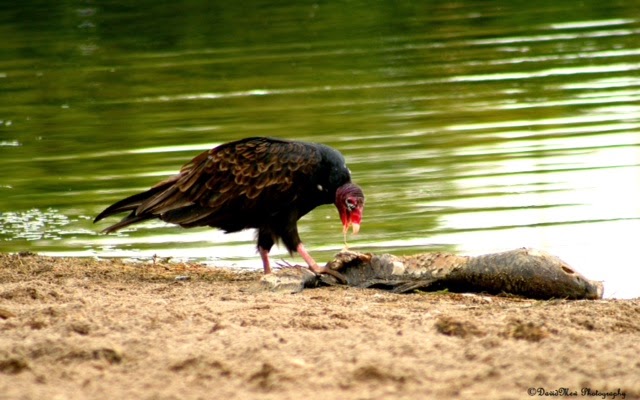 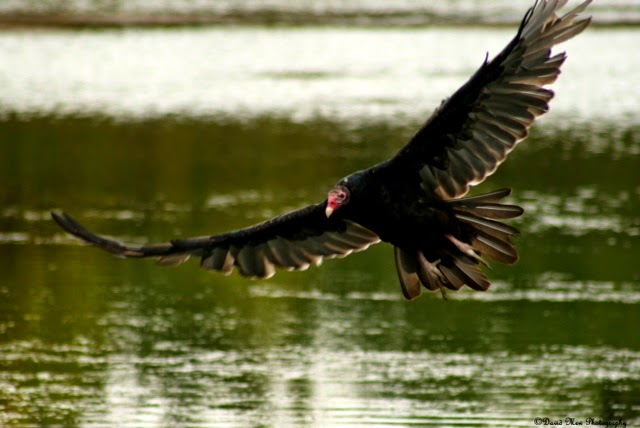 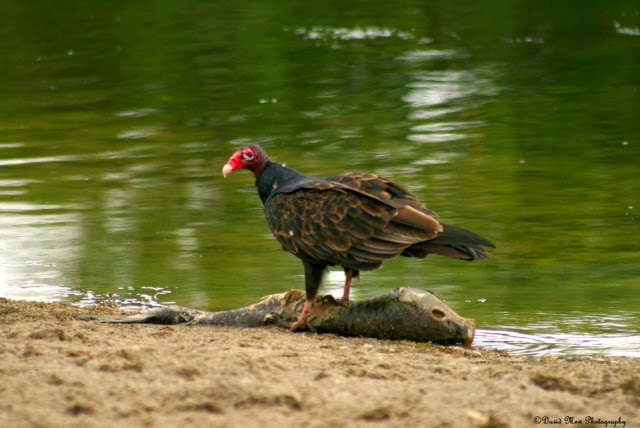 By the time I left there were five Turkey Vultures circling in the air and I had no doubt that the fish would be demolished in short order.
Posted by David M. Gascoigne, at 07:32