Franc and Carol have purchased a large RV and needed a place to store it while they are not travelling the highways and byways. And there is a whole interesting sidebar to the place they chose.
Almost as soon as they entered they saw Sand Martins (Riparia riparia) flying around (this species is known as Bank Swallow in North America). One does not encounter Sand Martins frequently these days. It is a species at risk, its population continent-wide having declined a staggering 98% over the past forty years.
They knew that I would be interested in seeing this colony, in addition to a group of Barn Swallows nesting in one of the buildings, and kindly invited me to go there with them. 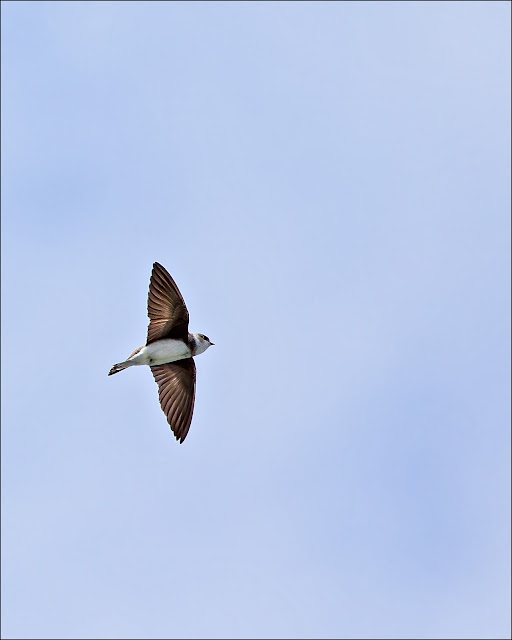 Let me add right away that the photographs in this section are Franc's. Anyone who has ever tried to capture a swallow in flight knows the challenges involved, and the images are quite remarkable.
The colony appears to be of a decent size with nest tunnels excavated in different sections of a suitable cutaway bank. 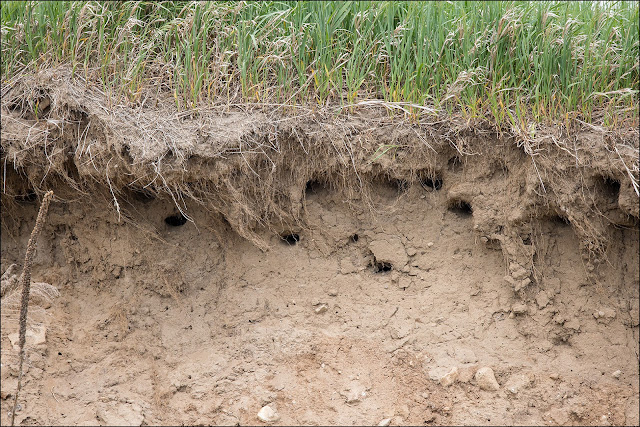 The swallows enter and exit the holes at such speed it is impossible to get a picture unless they pause briefly at the entrance. 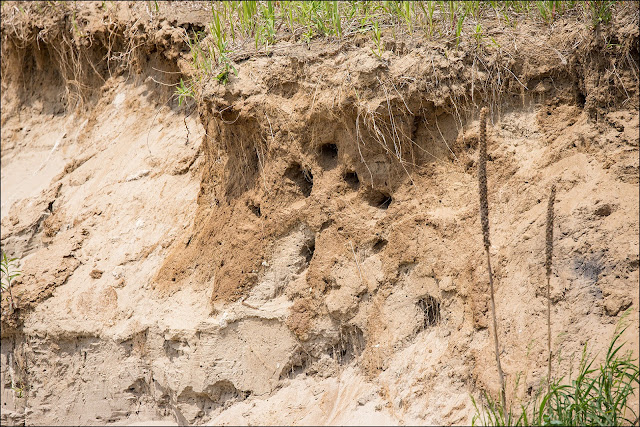 Franc has vowed to return with a tripod, a seat, more time and a surplus of patience to see if he can do better!
What was of greatest interest, however, was not the natural bankside nest site. Large concrete blocks have been used as a retaining wall, and there is a hole in the centre of each block, used to lift them if I am not mistaken. 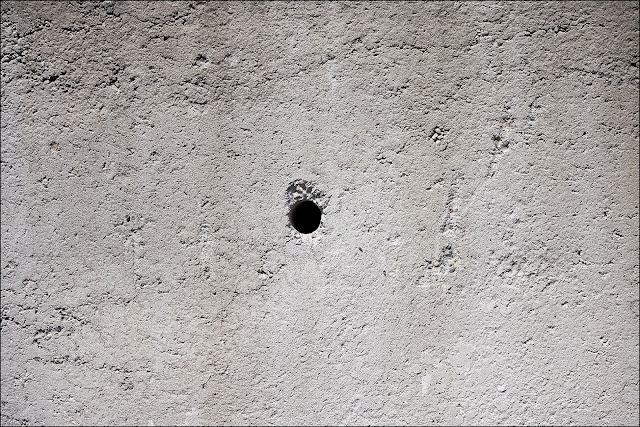 The swallows have readily adapted to this nesting habitat and were observed constantly flying in and out of the holes. There is apparently sufficient space for nest construction inside the block and room for the bird to turn around to go back to foraging.
The blocks, lined up one after the other must in some way resemble a natural site. 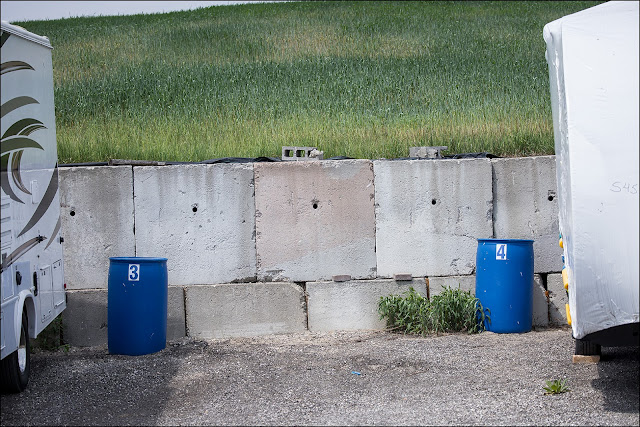 Maybe we can talk the owner into installing a second layer! 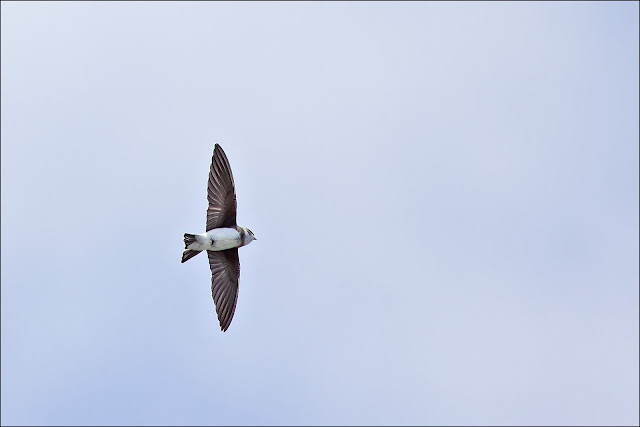 The current regulations in regard to COVID permit groups of five people from different households to get together outdoors, so we were finally, after several weeks, able to resume our walks with Heather and Lily. It is hard to believe but on 20 June, a mere twelve days from now Lily will be a year old. 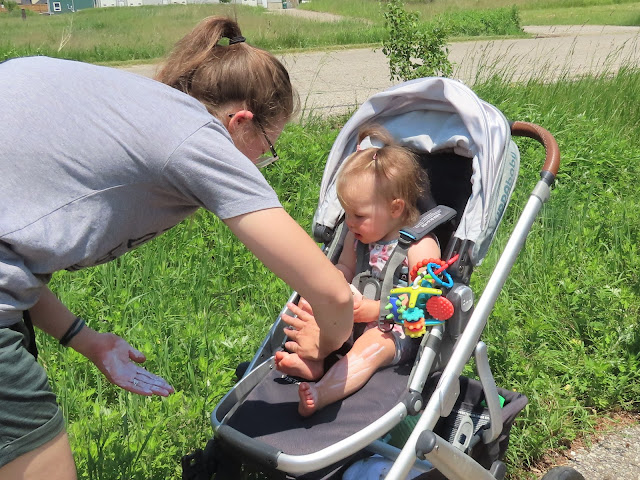 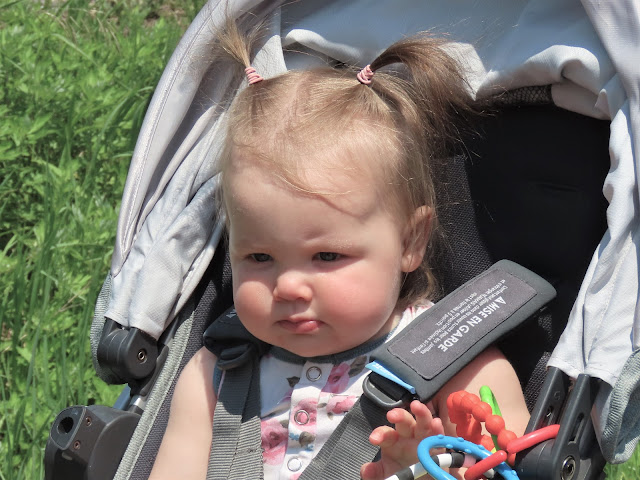 I will have to decide whether I like that or not. 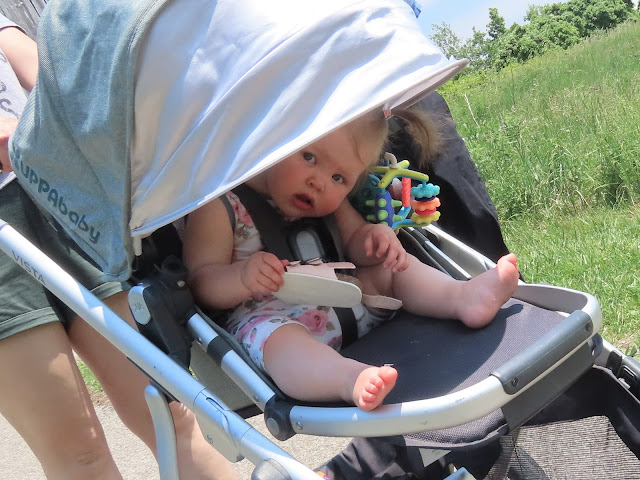 I already tossed one shoe on the ground. Here comes the next! 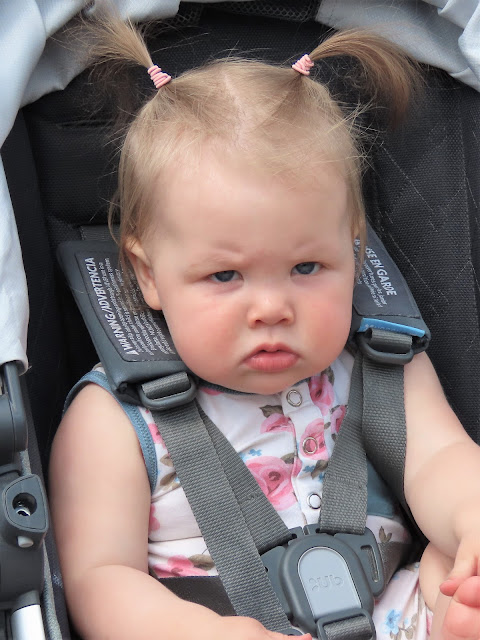 Gotta let everyone know who's in charge here! 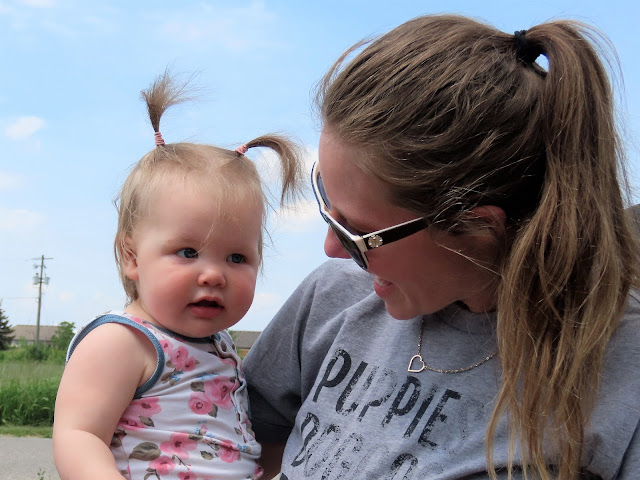 Time to say goodbye. See you next Friday.
Heather and Lily wish everyone a happy summer. See you again soon.
Posted by David M. Gascoigne, at 09:15

Privacy: Travels with Birds is a personal blog written by David Gascoigne, with an occasional post by Miriam Bauman.
This blog accepts no form of paid advertising.
It reflects honest relationships and no personal information about any of its readers is shared with anyone. Google uses Cookies and by reading this blog you acknowledge this fact and consent to their use.
Upcoming Events
A very brief outline is given below. Please contact me for more details at davidmgascoigne@gmail.com
Obviously people not living in this area need read no further.
Wednesday 21 July 2021
Presentation at Idea Exchange, Cambridge, ON
Topic: Urban Birds