Reddish Egret (Egretta rufescens) is an interesting bird from many perspectives, including the fact that there is a white morph of the species, relatively rare, but in some populations comprising from 5 to 20 per cent of the total, and for its bizarre feeding strategy. 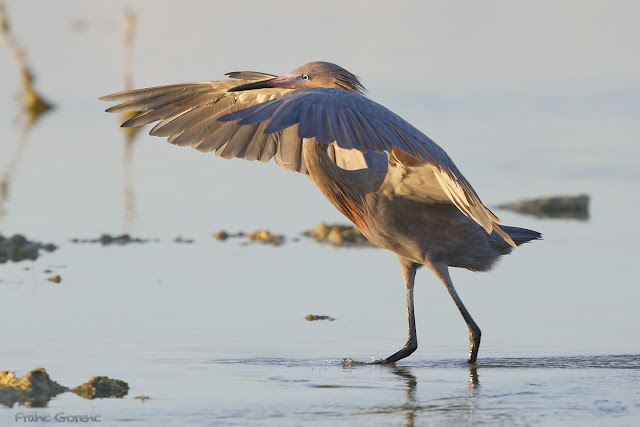 We were very fortunate to encounter several individuals of the dominant colour phase on a recent visit to the legendary Zapata Swamp in Matanzas province in Cuba. In contrast with many other herons Reddish Egret is restricted to coastal waters and breeds in well concealed locations in mangrove swamps.
Its feeding strategy verges on bizarre and I have witnessed people burst into laughter watching it enact its strange antics. 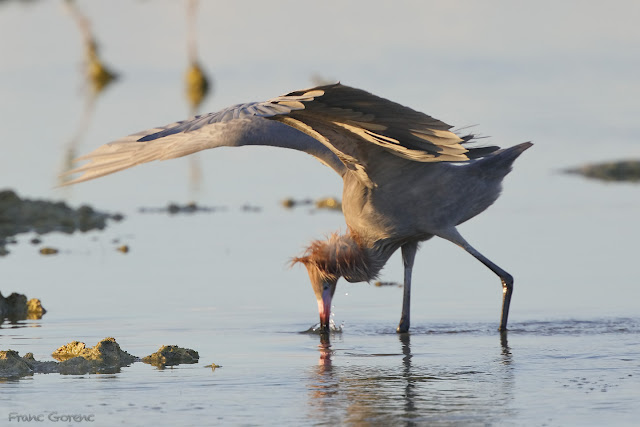 It feeds by walking slowly, walking quickly, running about, peering over, spreading its wings, jabbing, hopping and probing. It frequently stops, changes directions and veers off to another site. In The Herons Handbook (1984) it is described, albeit unfairly perhaps, as resembling a stumbling drunk. In The Herons (2005) the following identifiable feeding strategies are listed: Walking, Walking Quickly, Running, Hopping, Wing Flicking, Open Wing Feeding, Peering Over, Foot Stirring, Foot Raking, Underwing Feeding, Double Wing Feeding, Canopy Feeding and Hovering Stirring - always in exceptionally shallow and clear, reflective water.There has been a good deal of speculation in the literature about the origins of this behaviour and its efficacy as related to conventional heron feeding techniques, but it has obviously proven beneficial from an evolutionary perspective, for Reddish Egret. 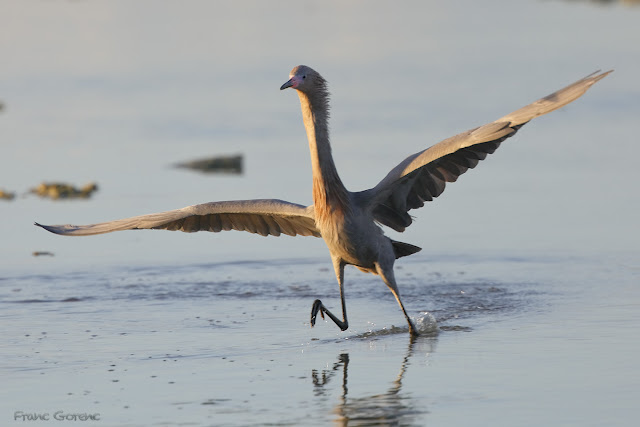 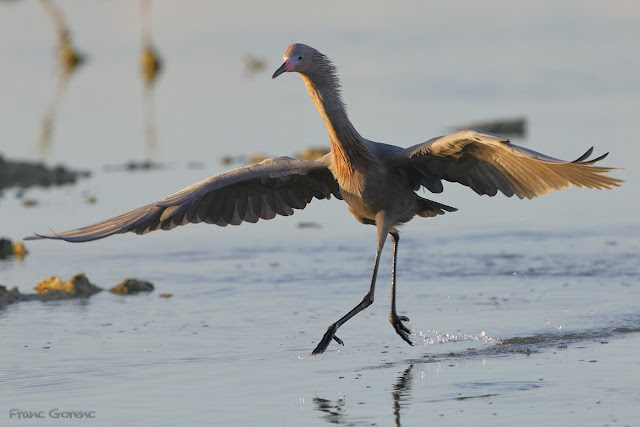 As always, I am grateful to Franc Gorenc who assumes the role of "official" photographer on many of our trips, for this fine sequence of photographs depicting the unique behaviour of a singularly interesting species. 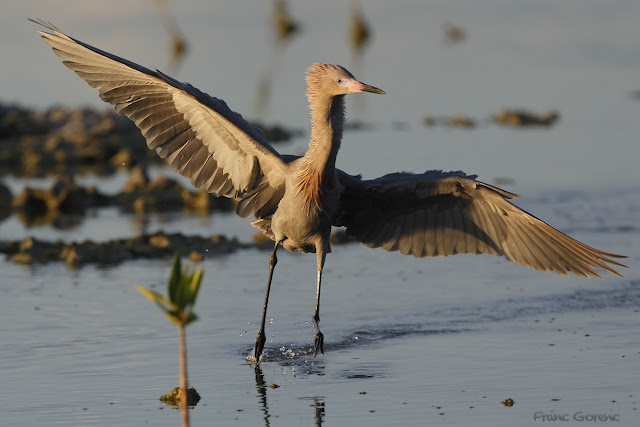 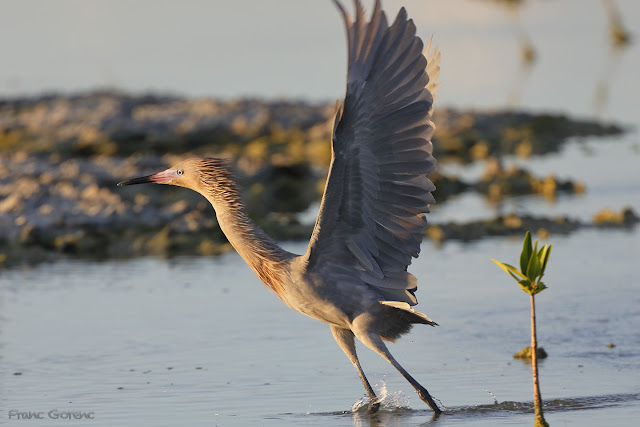 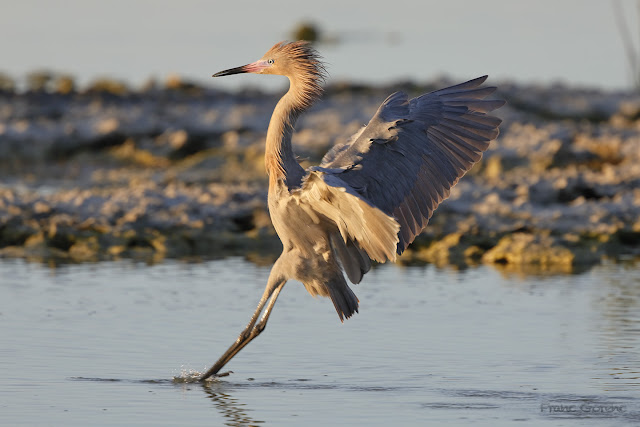 Several of my regular readers have inquired regarding the complete report of our trip to Cuba. Rest assured that I am working on it diligently and it should be published within the next couple of days.
Posted by David M. Gascoigne, at 11:23