Accompanied by John Lichty, Miriam and I made our annual trip to Carden Alvar.
This is a destination that we may have to seriously reconsider in future years, even though it is a wonderful place to visit and there are some special birds there, not found in other locations or found with great difficulty anywhere else in the province. Any time one has to use the expressway (what a misnomer!) across the top of Toronto the traffic is a huge problem. It is getting worse and is on the verge of being unbearable. One can easily lose an hour or more barely moving, often being stopped altogether. 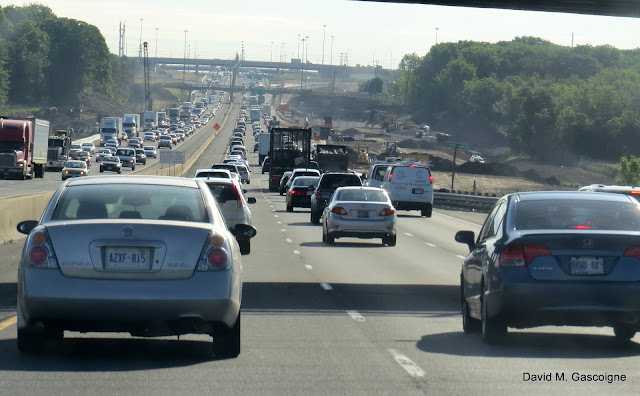 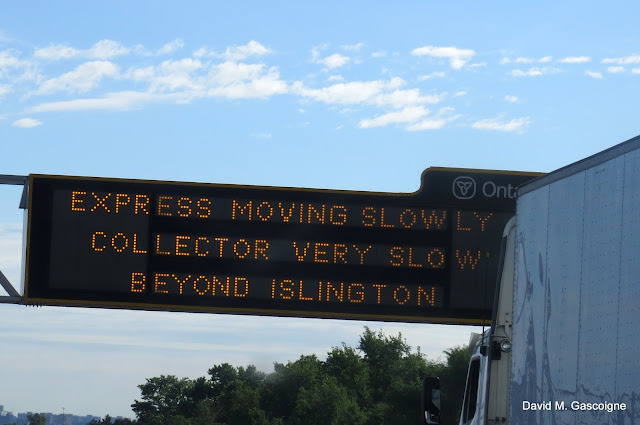 We arrived at our destination much later than we had hoped and were glad to get out of the car and stretch our legs. 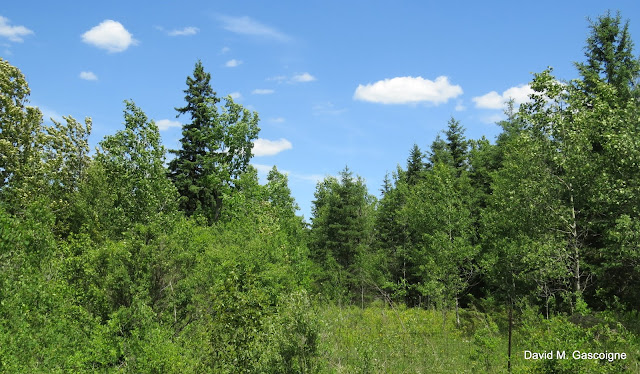 One of the first species we saw was Eastern Meadowlark Sturnella magna albeit fairly distant. 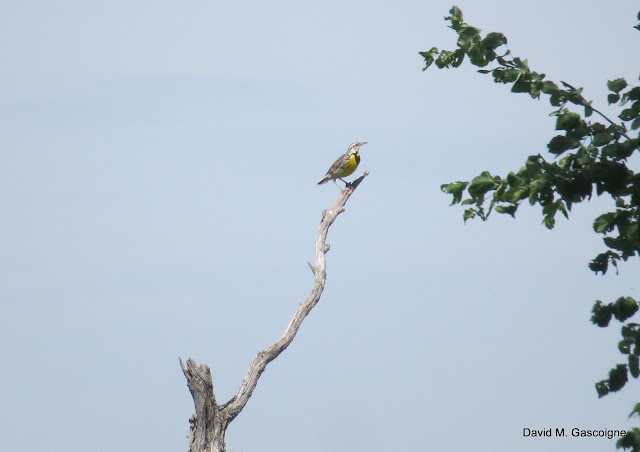 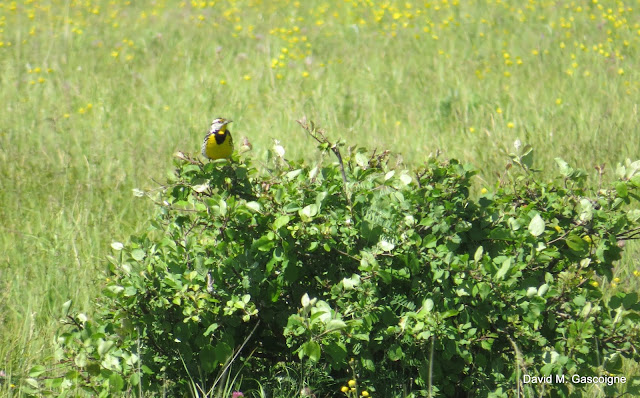 We first heard and then watched a Kildeer Charadrius vociferus fly over to a rock where it seemed content to perch as though acting as a sentinel. 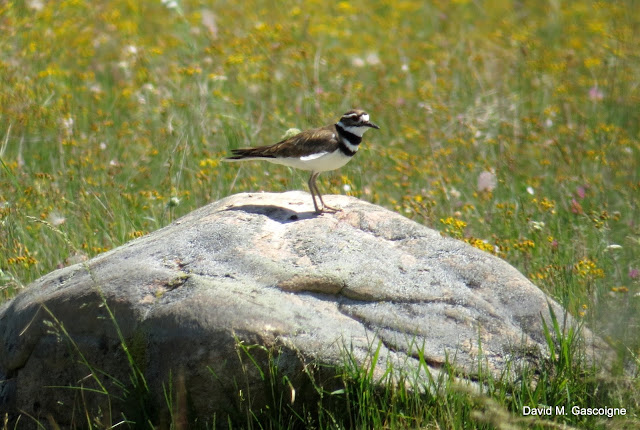 House Wrens Troglodytes aedon were very common, as they always are, but seemed particularly willing to show themselves on this visit. Several were seen carrying food to their nestlings. 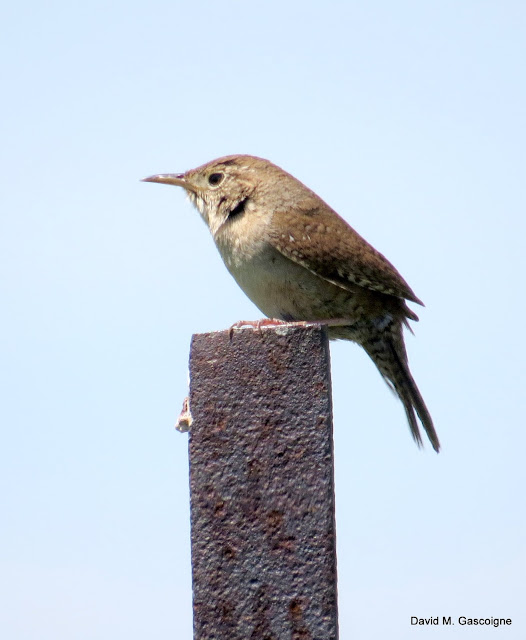 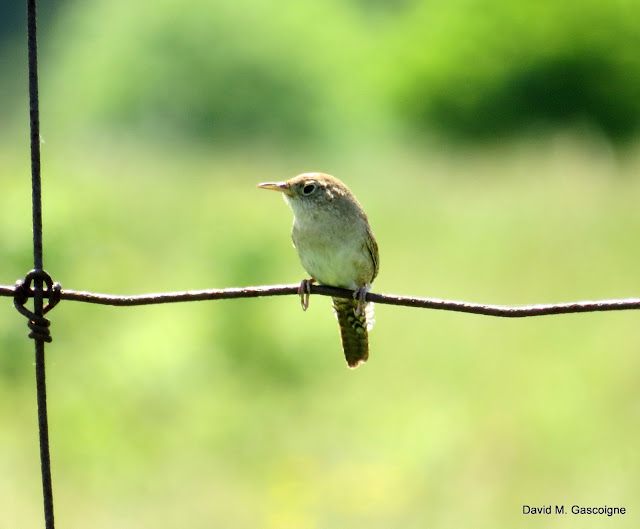 Many Red-winged Blackbirds Agelaius phoeniceus were present in the marshes, the males looking especially handsome as they defended their harems and protected their territories. 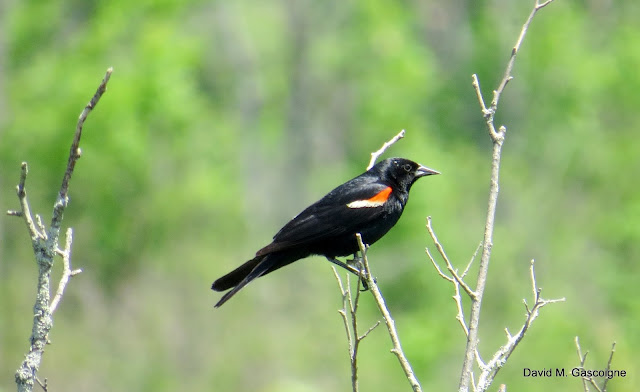 There is a section of the wetland that has become colloquially known as the Sedge Wren Marsh since it has for many years been home to a couple of breeding pairs of this species. We were unable to locate a Sedge Wren Cistothorus platensis there but a couple of Marsh Wrens Cistothorus palustris were not shy at all. 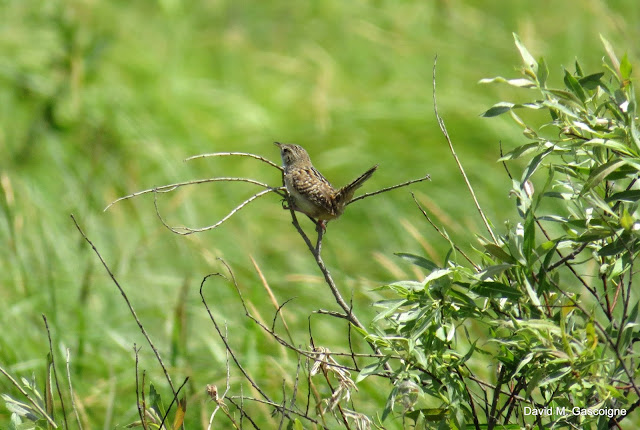 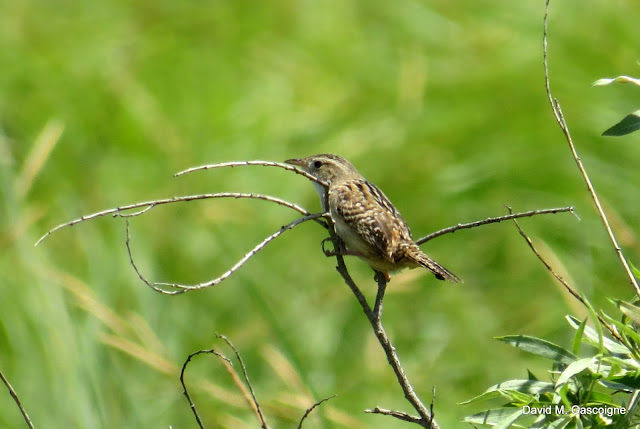 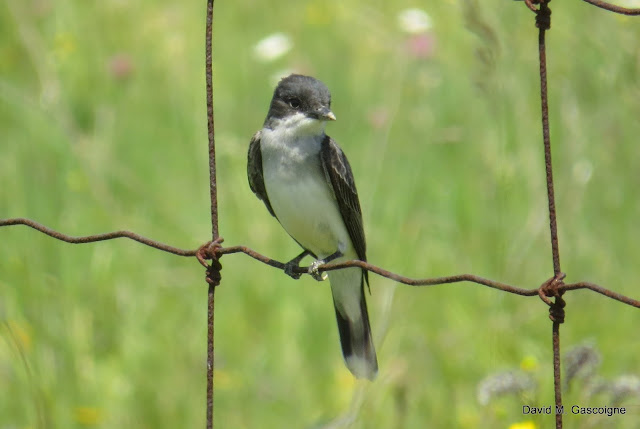 And Grasshopper Sparrows Ammodramus savannarum could be found with a little dedicated searching.

Eastern Bluebird Sialia sialis is one of the signature species of Carden Alvar with many nest boxes being provided; incredibly we could only locate this single female. 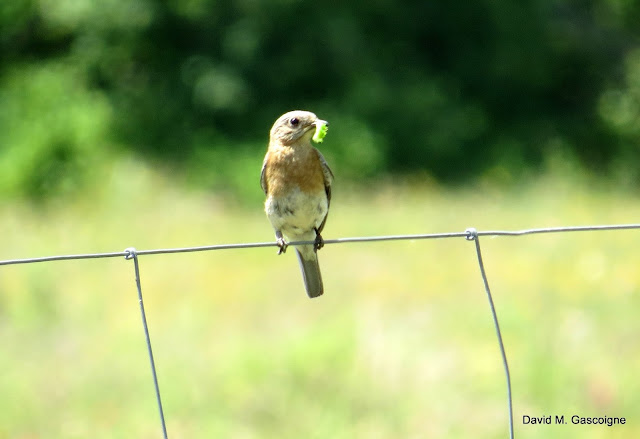 There is a good deal of water at Carden Alvar, and it was amusing to see a couple of Green Frogs Lithobates clamitans using ephemeral ponds in the dirt road in preference to the wetland. Perhaps something not readily apparent to me was to their liking. 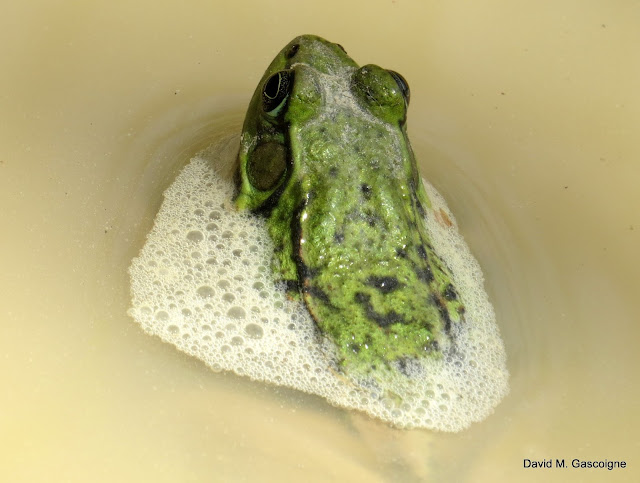 As might be expected Savannah Sparrows Passerculus sandwichensis were quite common, but not always in the best position for photographs. 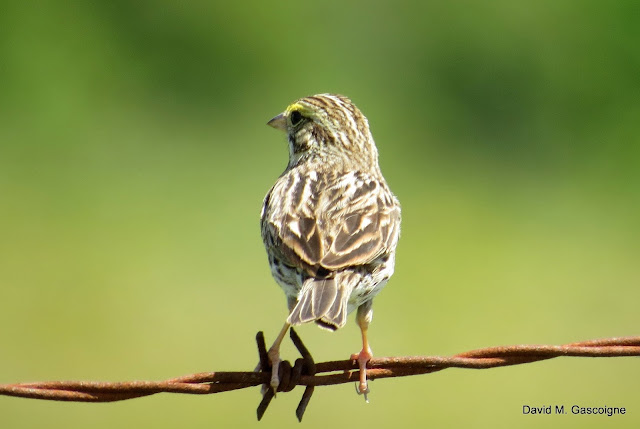 Carden Alvar is one of Ontario's treasures and a place I have enjoyed visiting many times over the past thirty years or so. 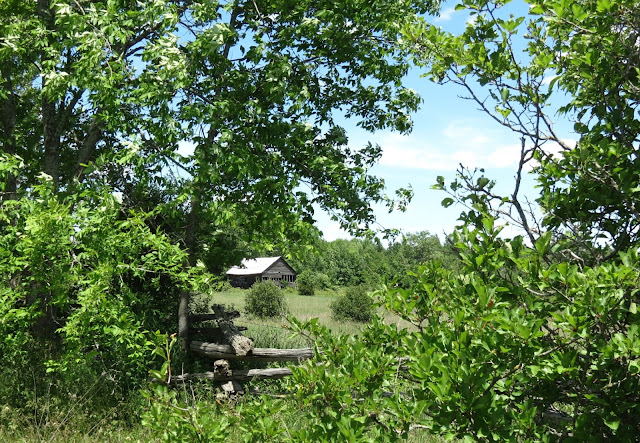 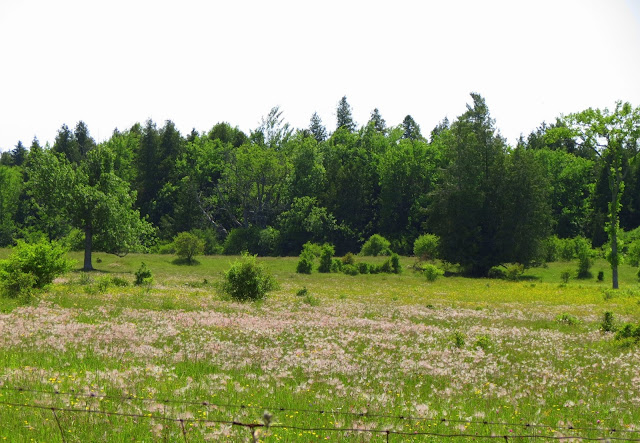 Given the hassle of getting there, however, I fear I may never visit it again. I think it is time to exploit some new areas south and west of here with rich treasures of their own.
Posted by David M. Gascoigne, at 10:26