My youngest grandson, Eddie, undertook a fund raiser for the Earth Rangers group to provide money to protect the endangered Blanding's Turtle Emydoidea blandingii and, as we had seen at least two species of turtle previously at Laurentian Wetland we decided to try to locate a Blanding's Turtle. There were very few turtles at all, and no Blanding's! I was hoping to be able to tell Eddie of a location I could take him to see one, but this will obviously have to wait until we have tried again elsewhere.
The wetland was quite lovely, however, and filled with life. 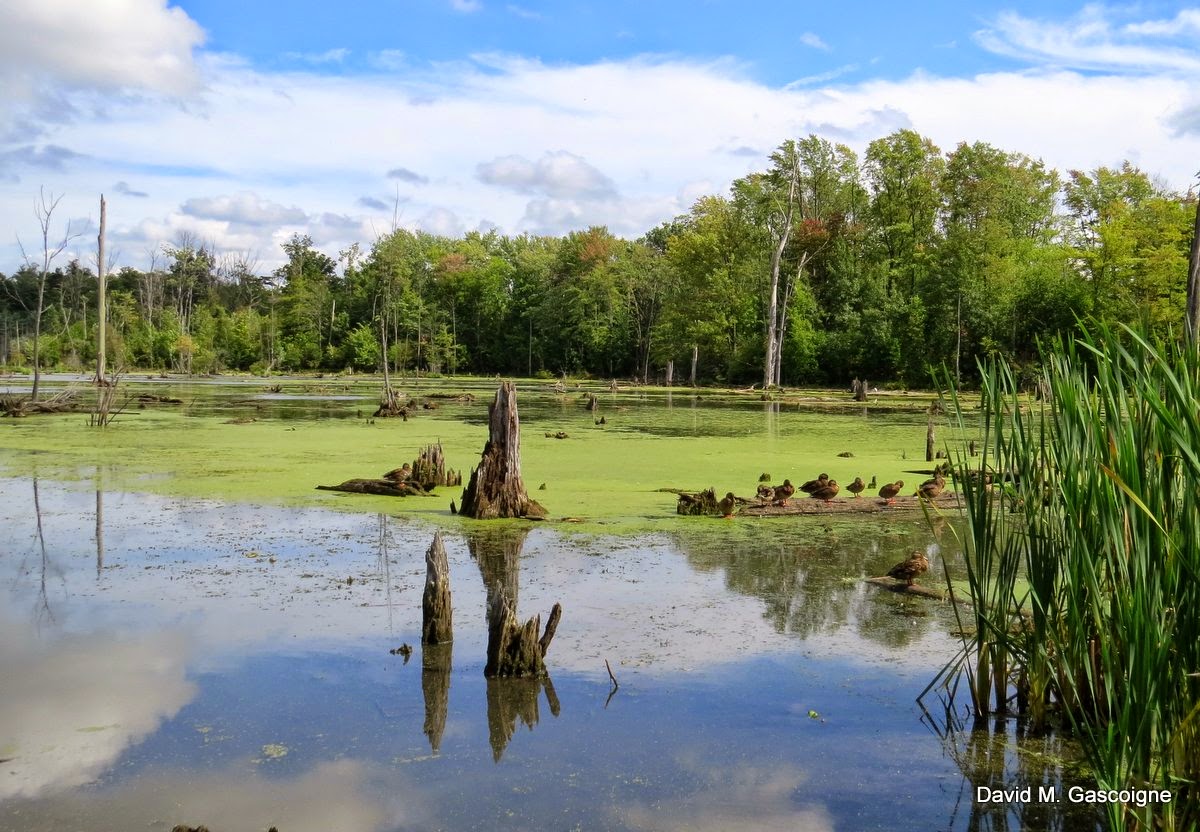 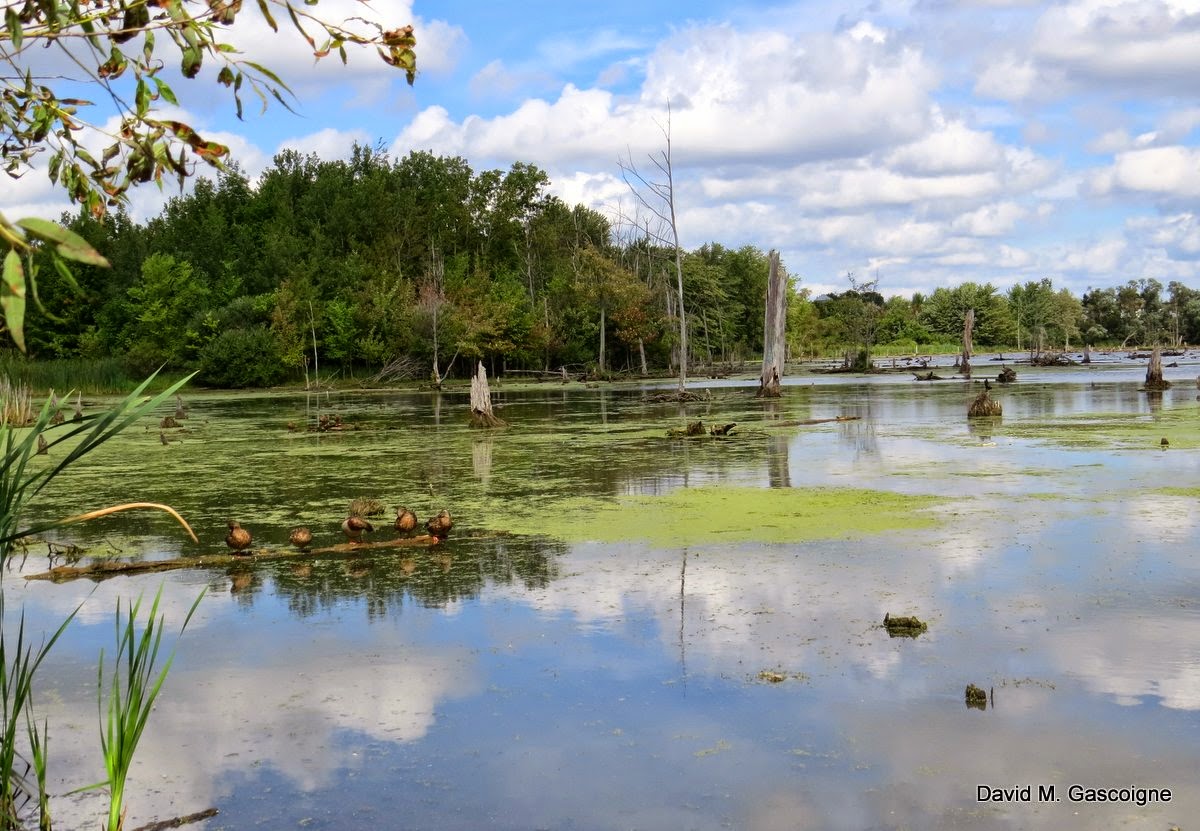 The star of the show was a Great Egret Ardea alba. This species is starting its post-breeding dispersal and this is the first individual to make an appearance at this location. I expect more to follow in the days ahead. 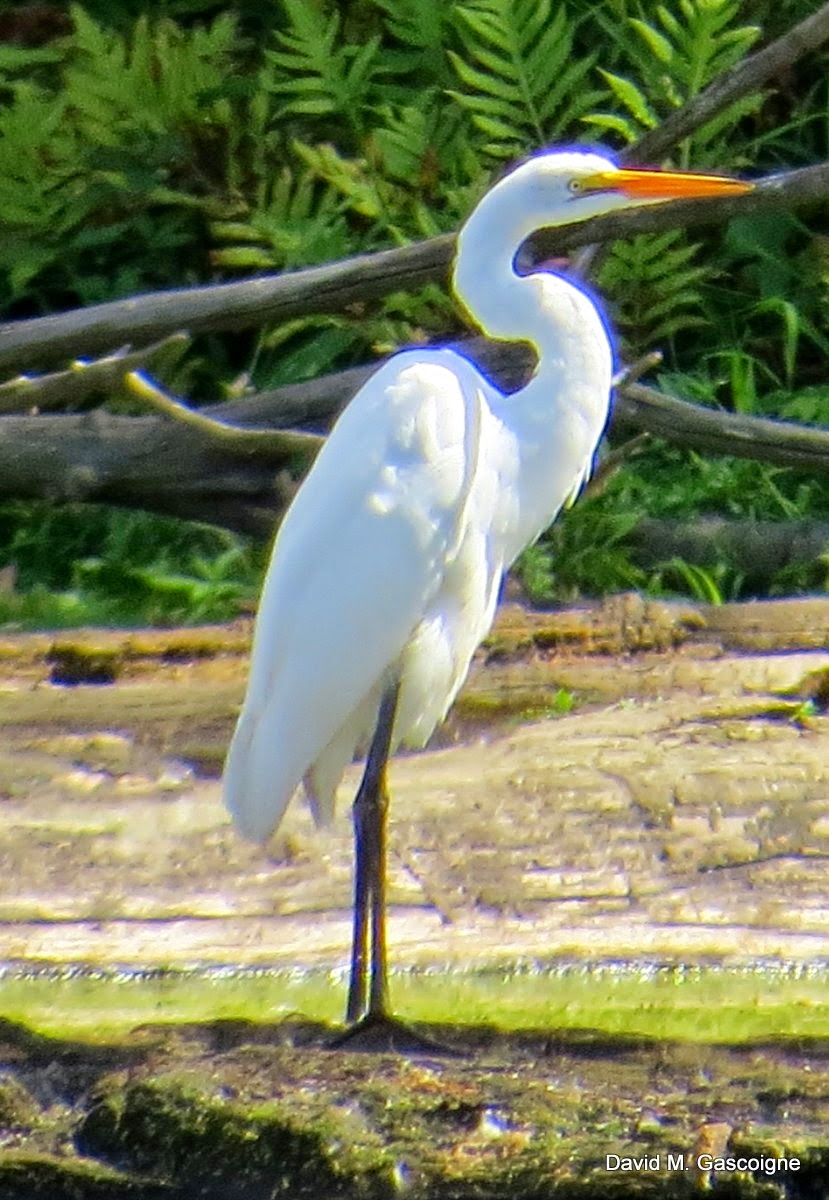 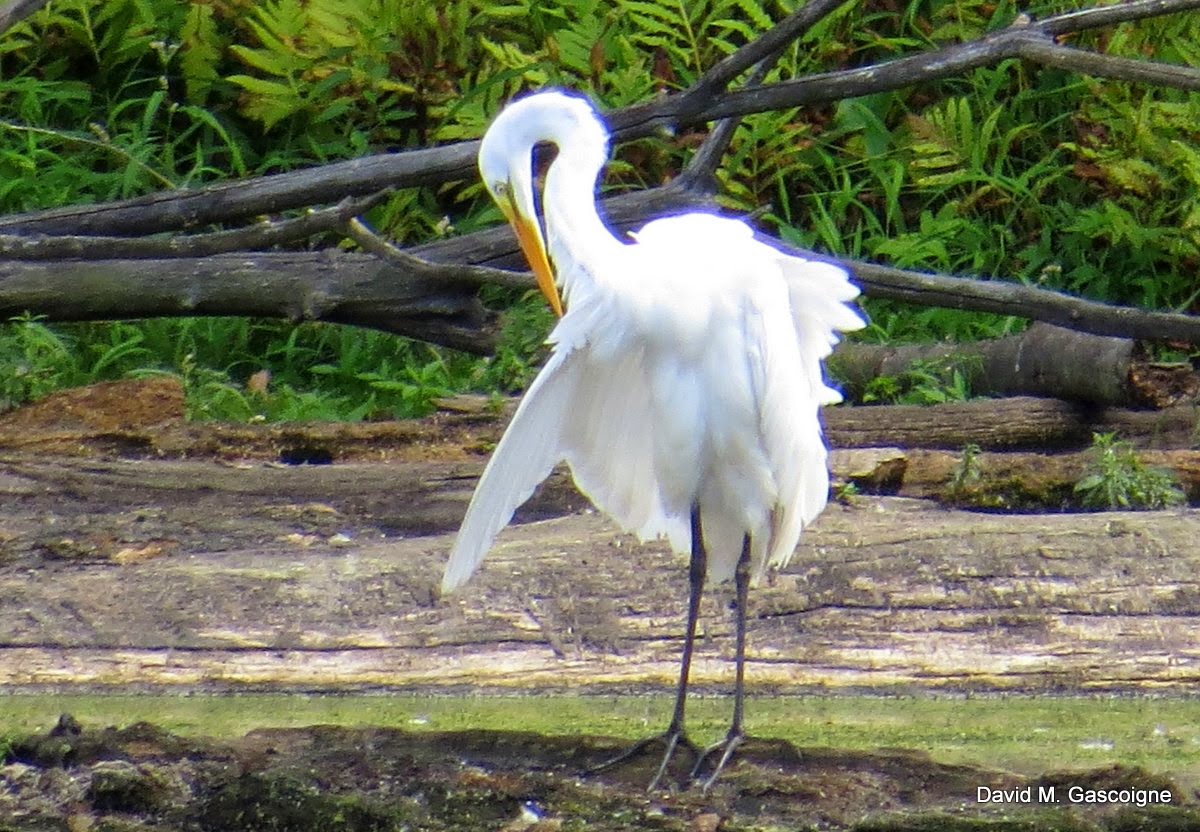 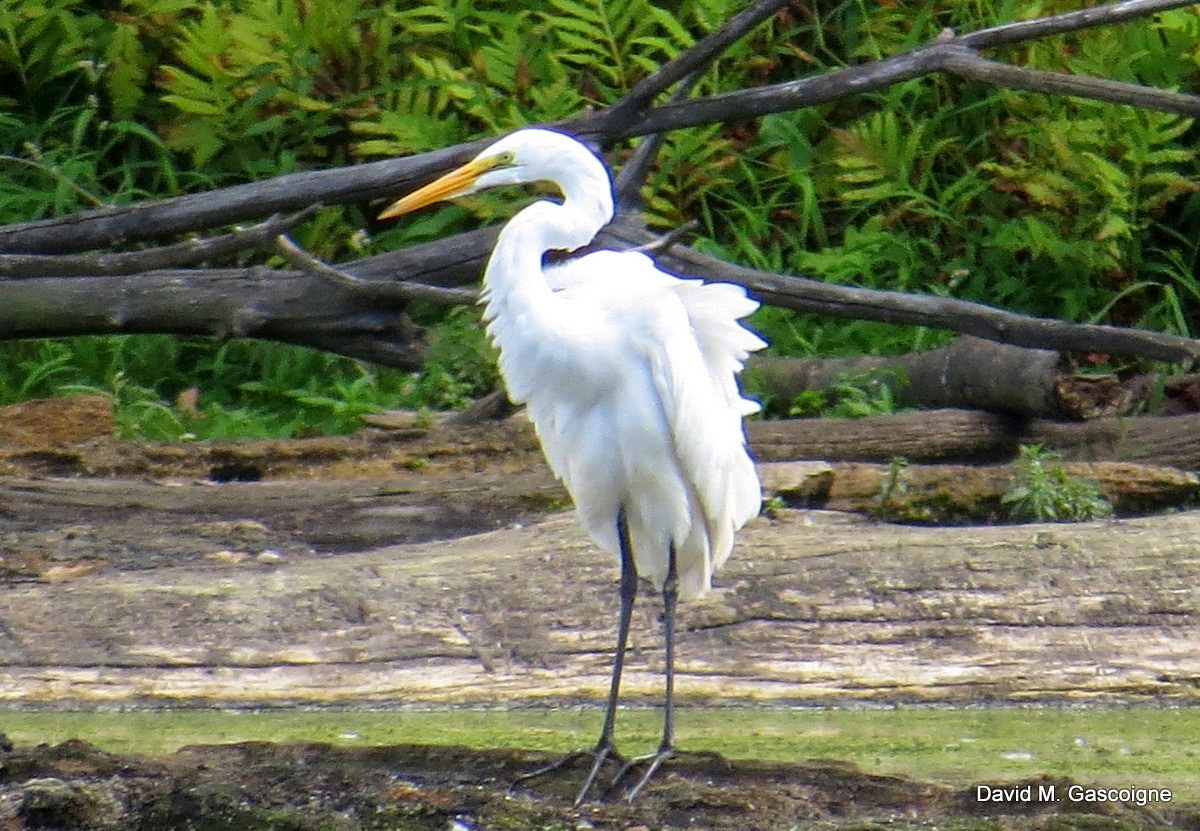 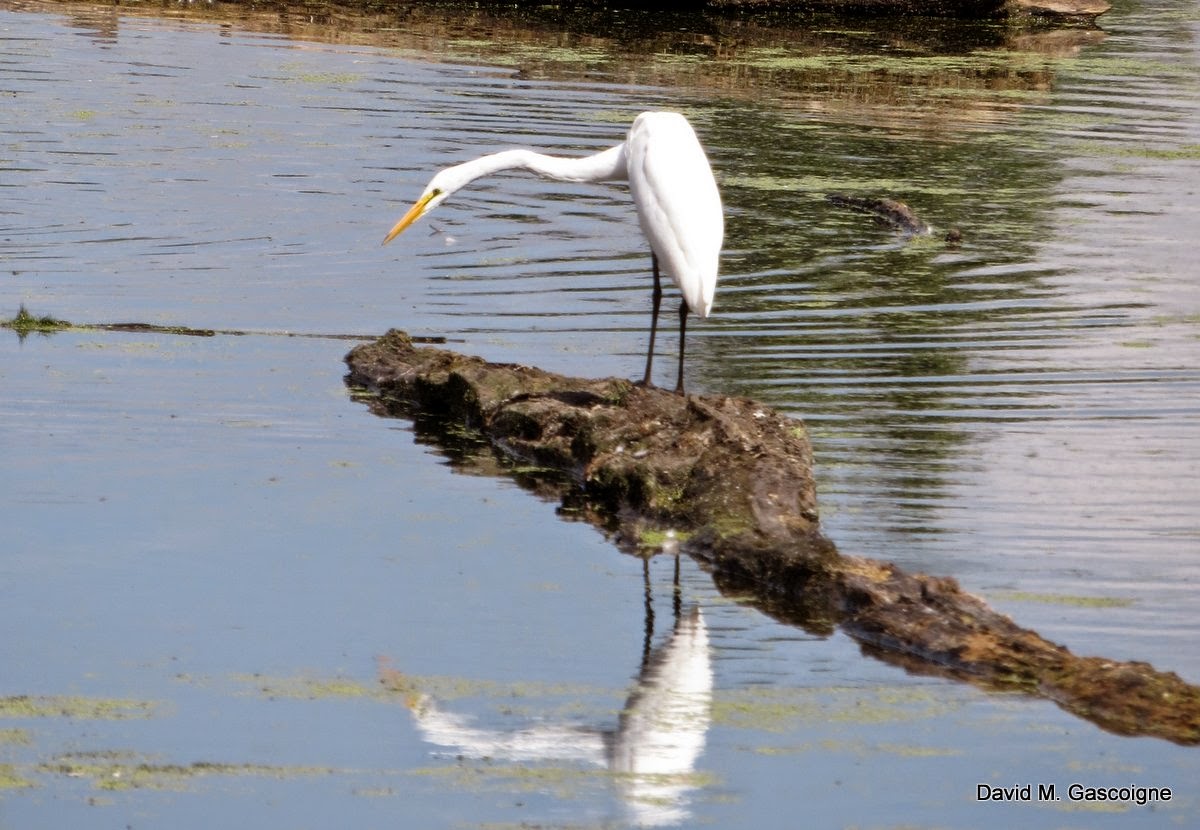 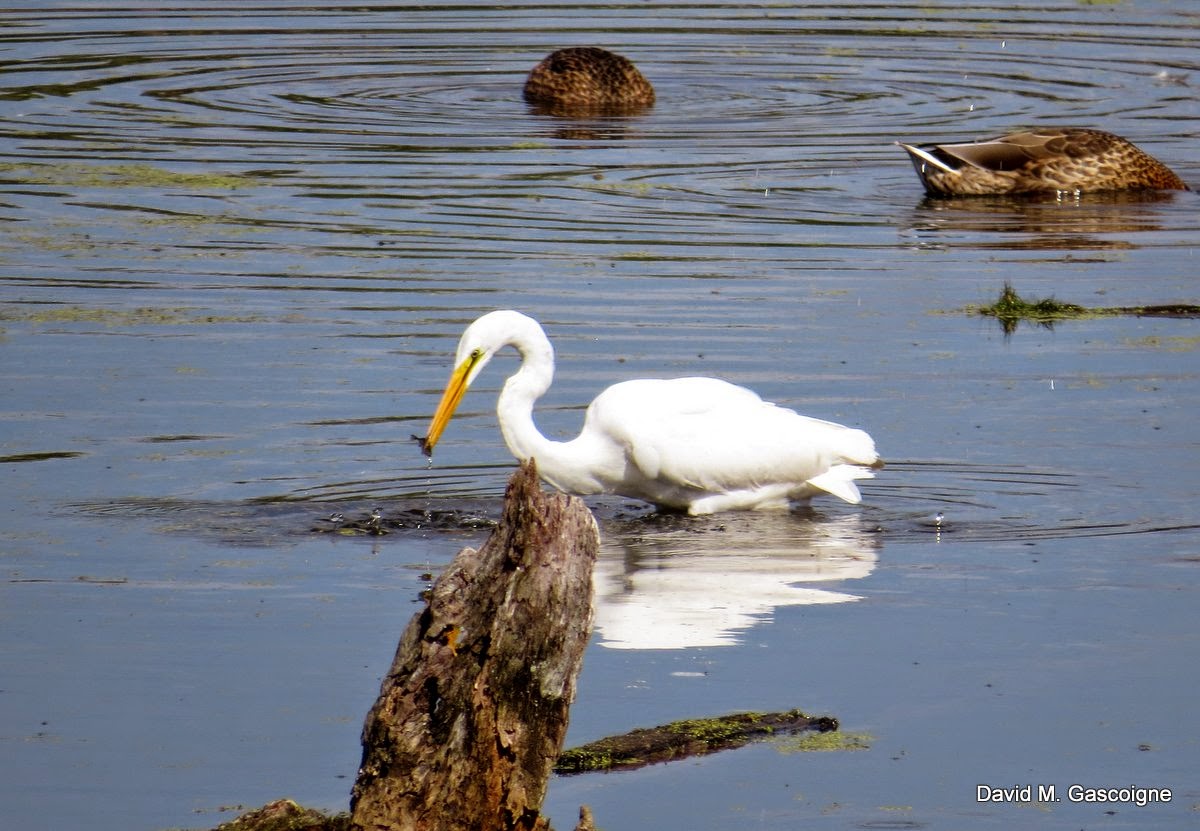 A male Belted Kingfisher Megaceryle alcyon announced itself with its rattling call and we were able to observe it fishing from various snags. 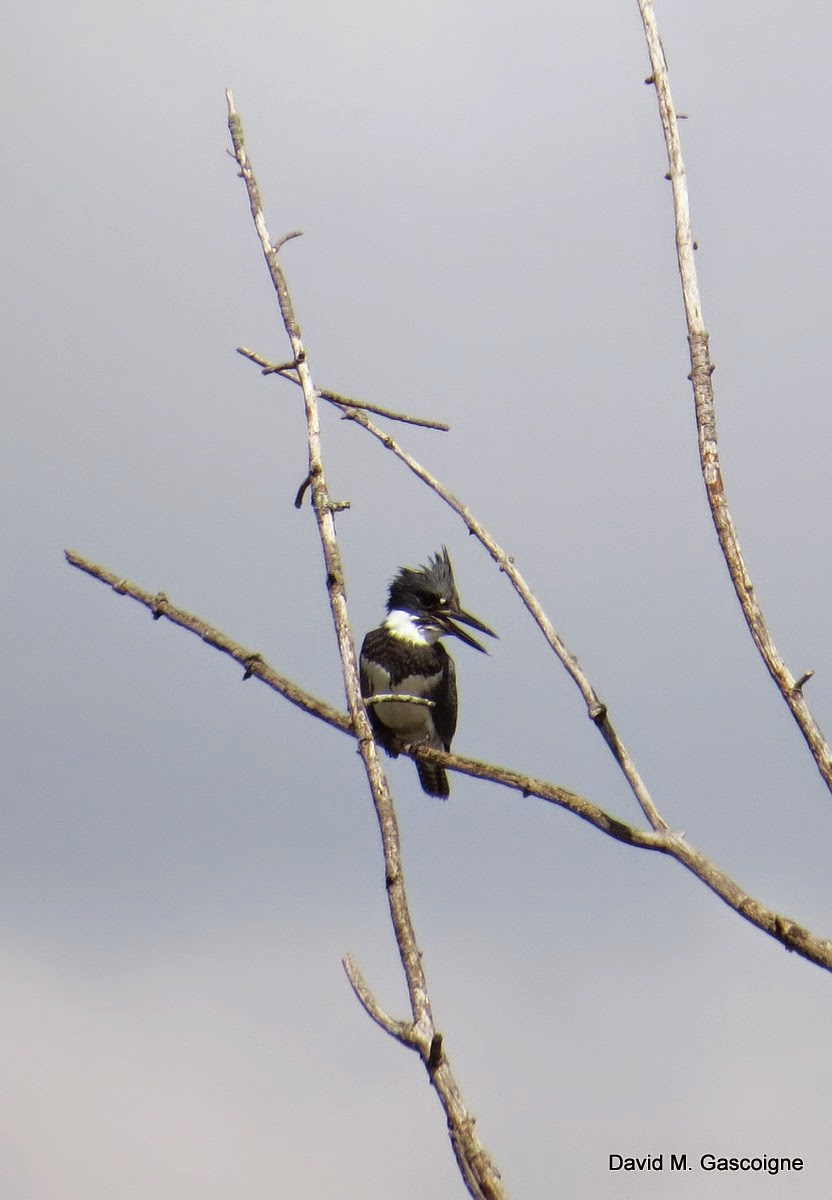 The most common species by far was Mallard Anas platyrynchos feeding on the duck weed which now covers a large area of the surface of the water. 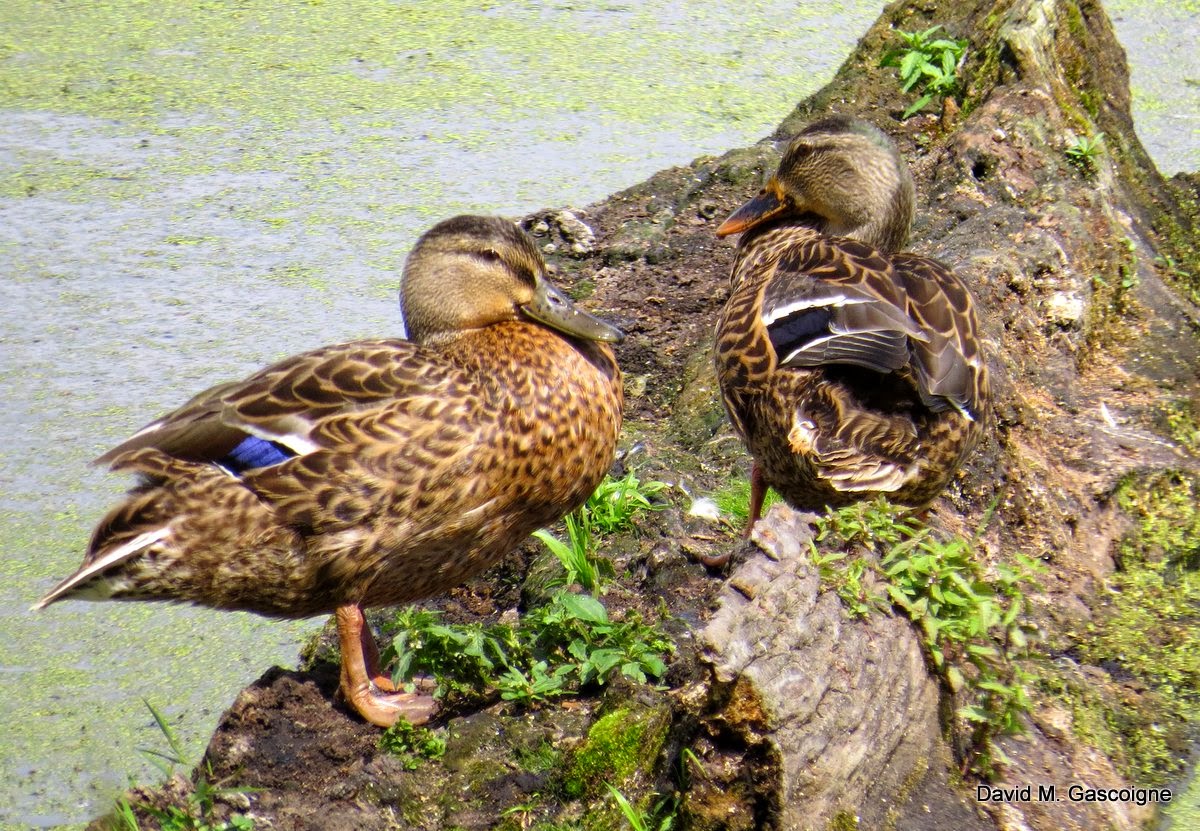 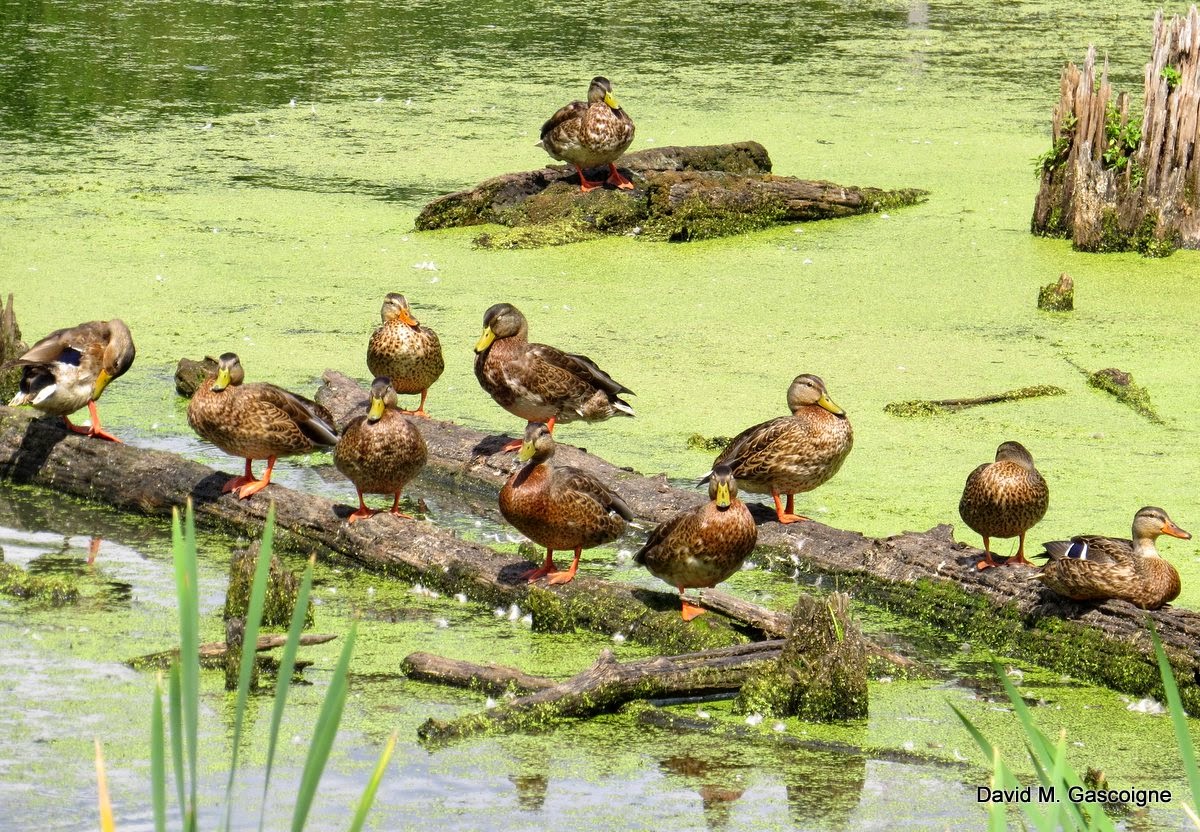 On the way home we stopped at the Western Osprey Pandion haliaetus
nest at Fischer-Hallman Road and two adults were present, but not in good light for photographs. I have not seen young at this location during the current breeding season, but the adults now seem to be using the nest purely as a roosting platform.
This Killdeer Chardrius vociferus was the only species that offered a chance of a decent photograph and even it it is not so great! Keep your fingers crossed that we can find a Blanding's Turtle to show Eddie before the winter sets in.
Posted by David M. Gascoigne, at 09:15