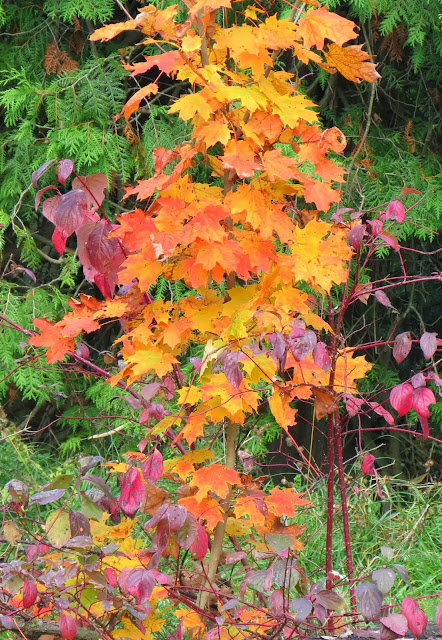 On a cool morning (5°C with a wind chill) the Mill Race yielded its last vestiges of autumn colour and a variety of birds, most of them busily feeding
on the bumper crop of berries that was in evidence.

Both adult and juvenile Cedar Waxwings Bombycilla cedrorum were swallowing berries in a rapid and rapacious fashion. 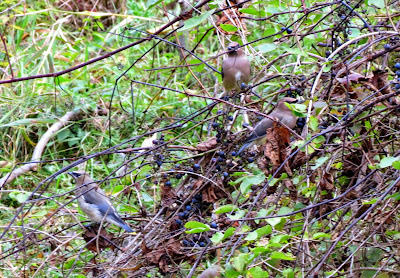 At one point along the path there seemed to be Downy Woodpeckers Picoides pubescens at every turn. I saw three on one tree and my final tally was seven, although I suspect that this is a little conservative.

As one might expect, Black-capped Chickadees Poecile atricapillus were my constant companions, all the while chattering, and scolding me frequently for interrupting their routine. One actually landed on my camera, perhaps to scold me right to my face! They looked especially beautiful when seen among the stunning colours of this young maple tree. 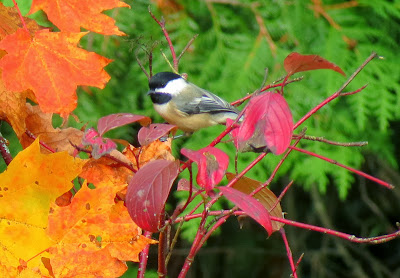 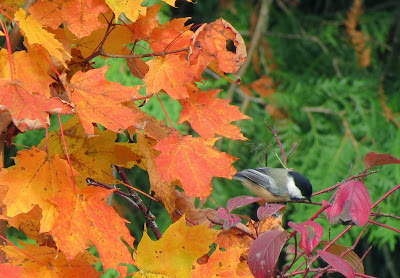 Large numbers of American Robins Turdus migratorius were gorging on berries, perhaps to fatten up for their impending migration, although I suspect that a few of them at least will spend the winter here. 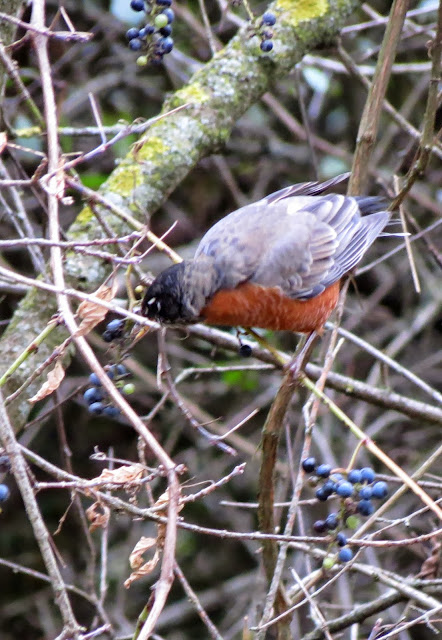 A complete list of the species seen follows below. It was a very enjoyable way to spend 45 minutes on a blustery morning.