White-winged Scoter (Macreuse brune) and Others

Today Miriam needed to go to Carlisle and Burlington, so, since it was a fine sunny day, I decided to go along with her and we did a little birding afterwards.
Our principal quest was for scoters which by now are starting to populate Lake Ontario, as they do each winter. We were successful in finding two species, White-winged Scoter Melanitta fusca and Surf Scoter Melanitta perspicillata; Black Scoter Melanitta nigra eluded us, if indeed it was present. It is at all times the most difficult to locate and appears in much small numbers than the other two species.
There are huge rafts of ducks on Lake Ontario at this time of year, some quite monumental, and today we were treated to some of these large aggregations of diving ducks. Unfortunately, they were quite far out, certainly not what one would consider within good camera range. However, when dealing with nature you cannot control the subject, and we worked with what we had.
Scoters are among the most enigmatic of ducks, in my opinion, with their outlandish bills, as can be seen in the following pictures of a Surf Scoter which came a little closer to shore than his chums. 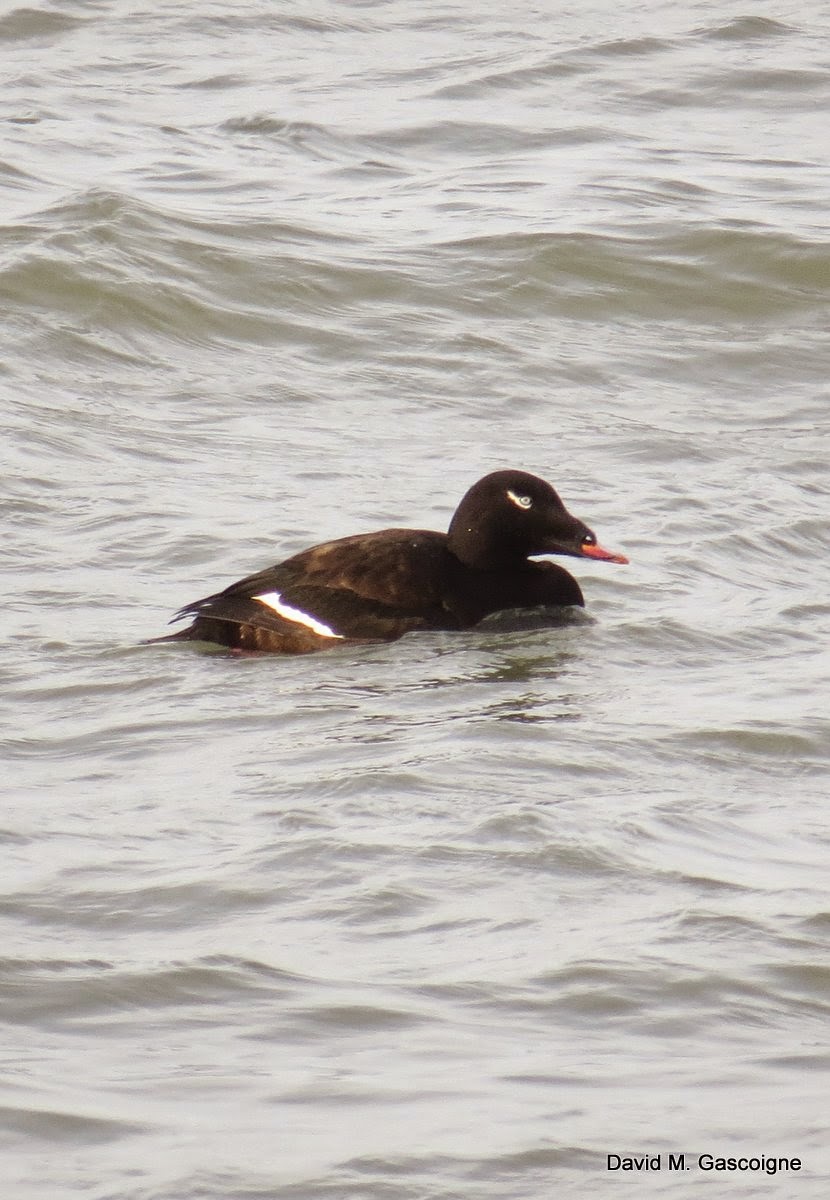 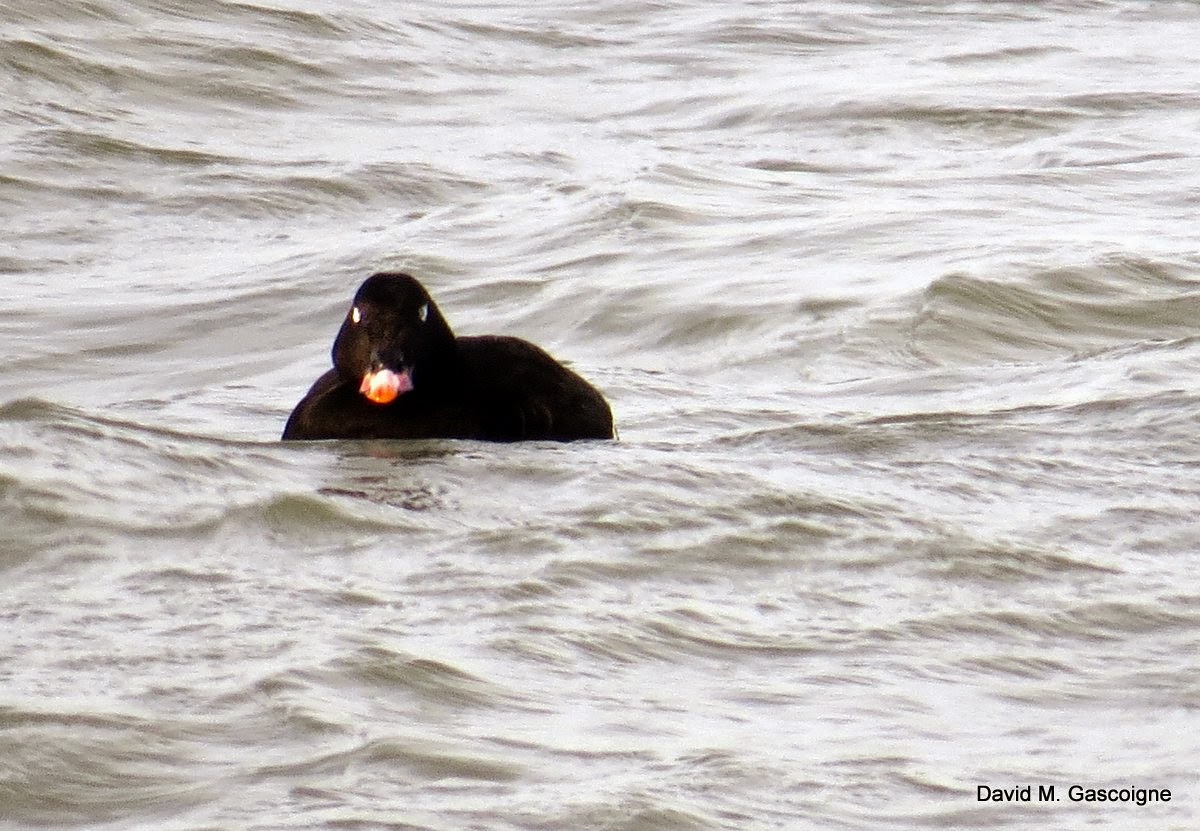 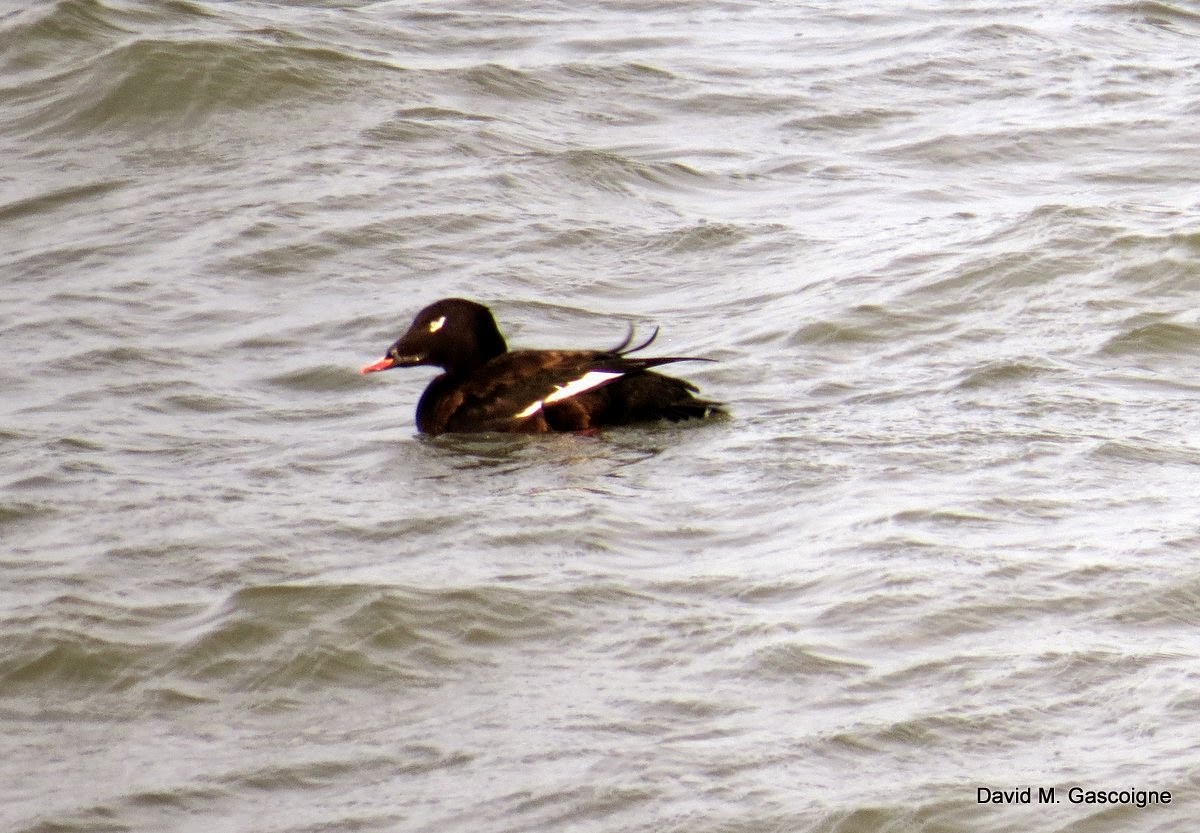 The following picture will give you an idea of the variety of ducks to be found in these large concentrations and you can see Common Goldeneye Bucephala clangula, Greater Scaup Aythya marila, Long-tailed Duck Clangula hyemalis, and, up at the top left corner, a Surf Scoter. 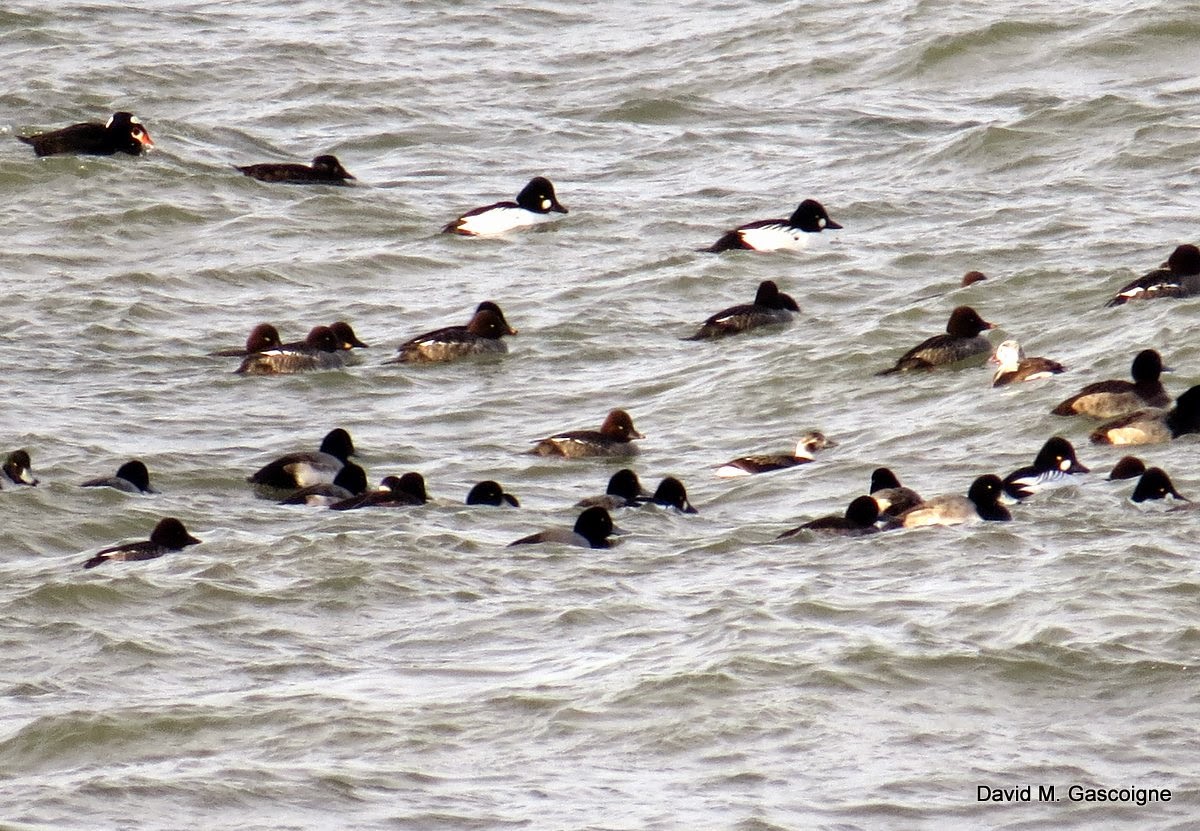 This picture shows male and female Greater Scaup, of which there were at least a thousand present at this location alone. 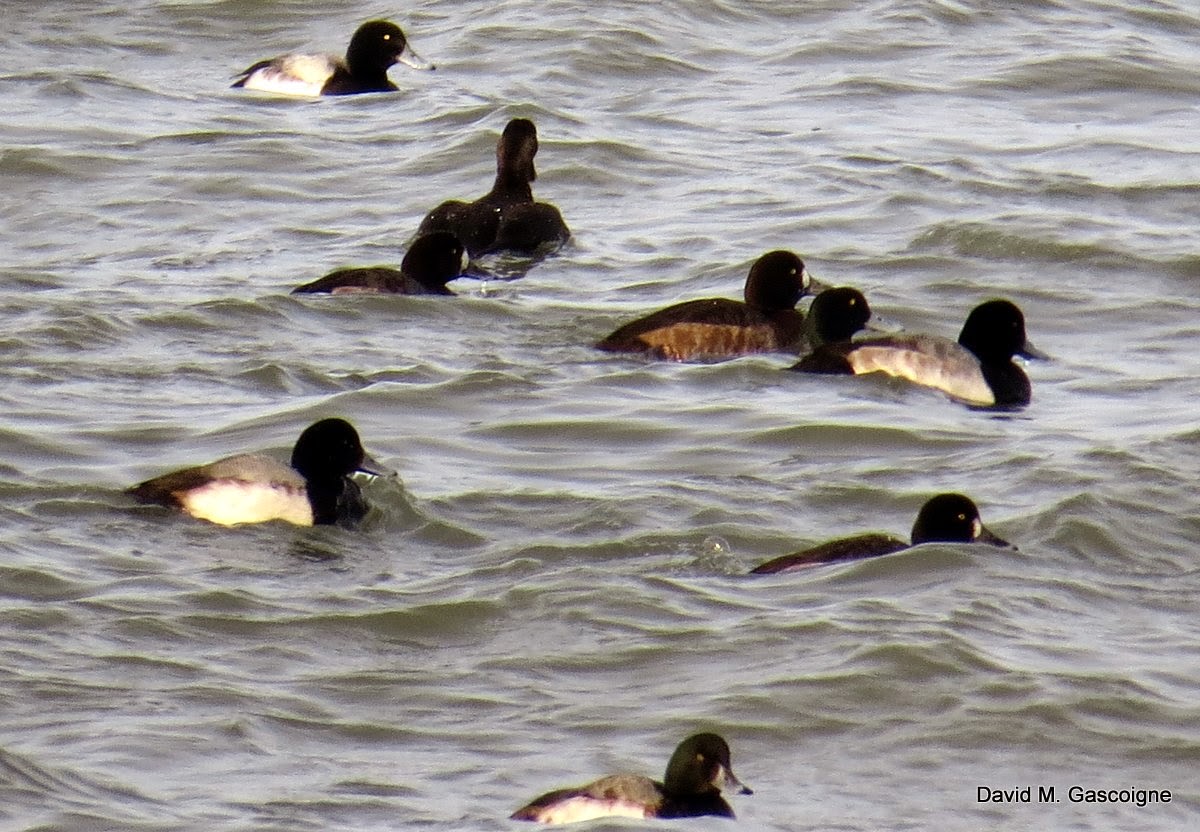 Again I present a Surf Scoter, this time keeping company with Common Goldeneye. 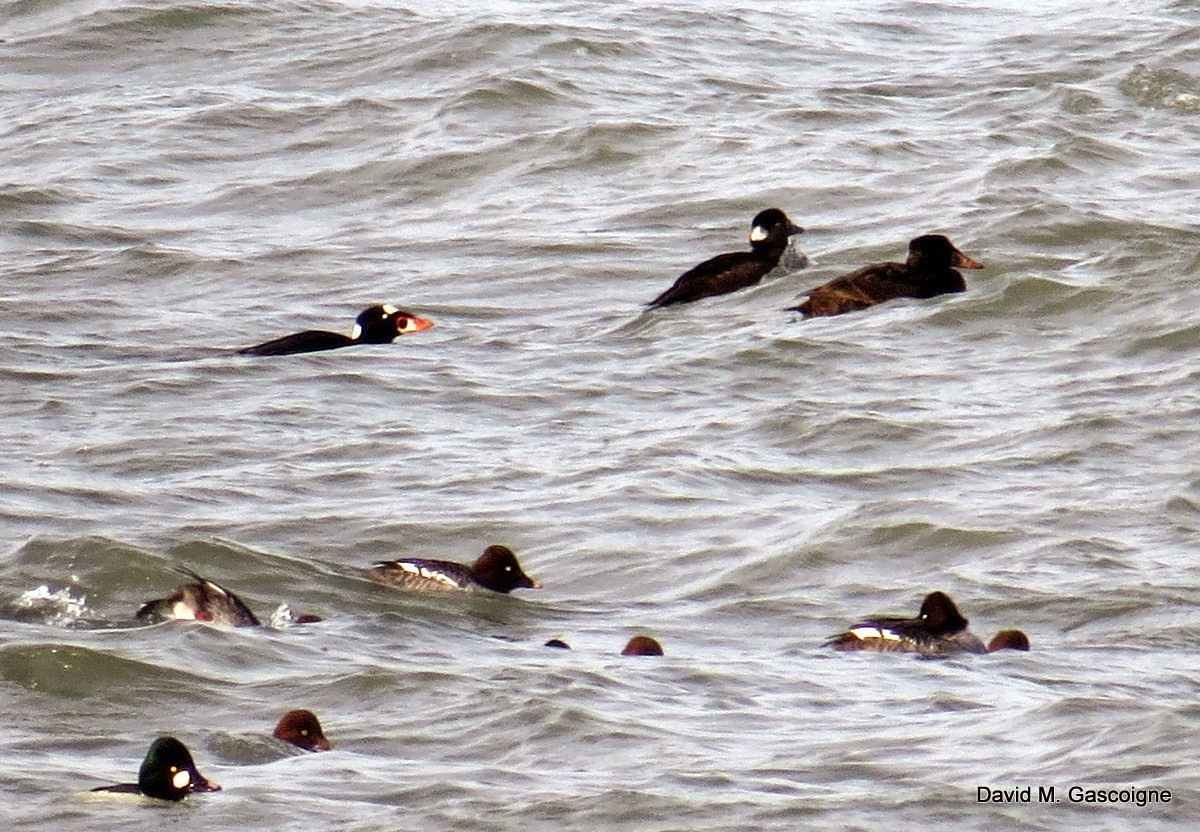 These ducks are constantly diving and rarely seem to come up without a mussel in their bill. It certainly attests to the rich feeding ground that Lake Ontario provides for these species which will spend the entire winter on the safety of its waters.

At the Canada Centre for Inland Waters several Trumpeter Swans Cygnus buccinator were present, some with young. 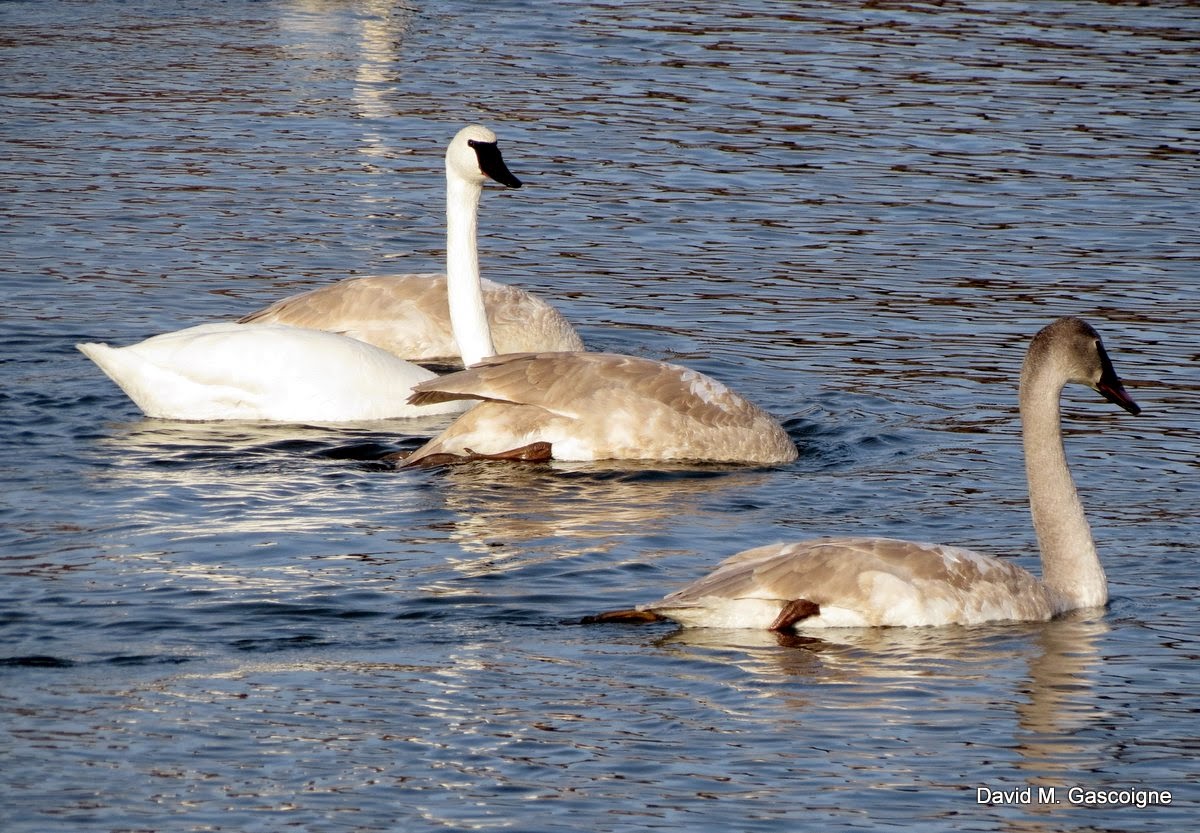 Observe the size difference between the Trumpeter Swan and a male Bufflehead Bucephala albeola. 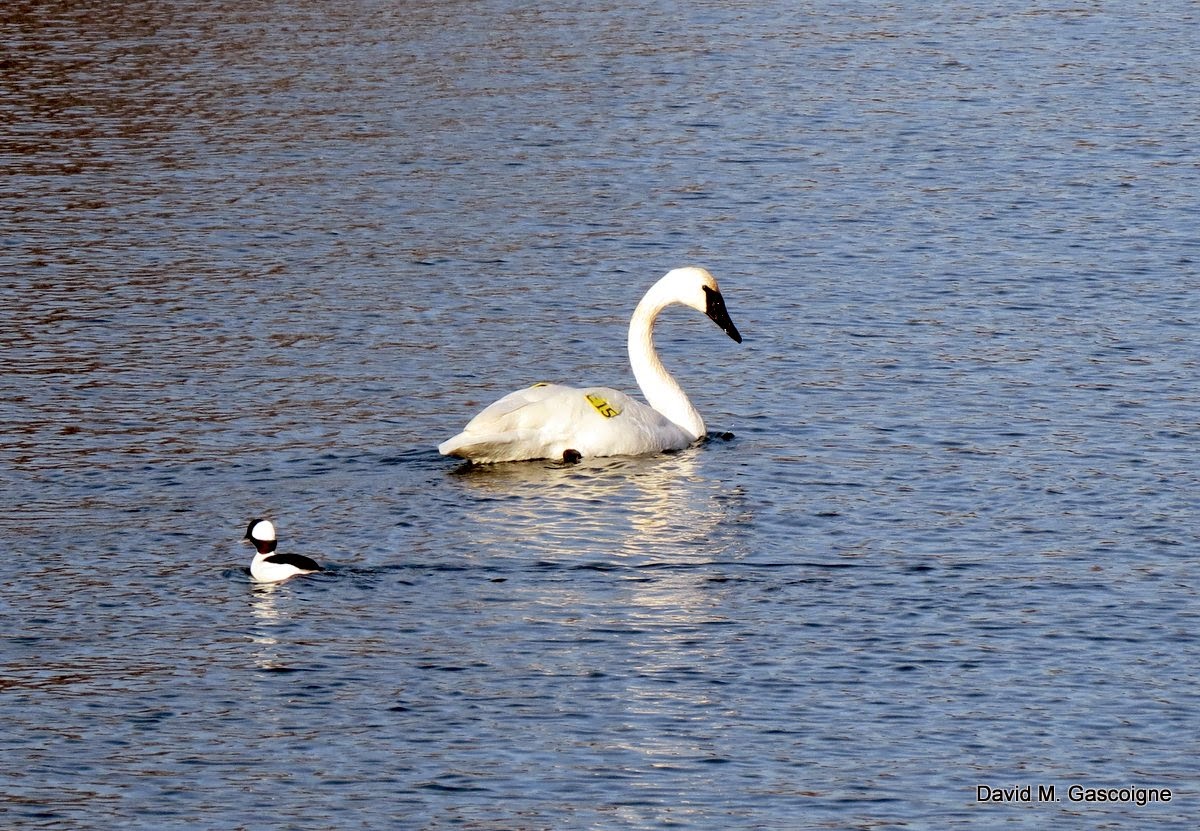 At least four American Black Ducks Anas rubripes were spotted, although it looks as though the top bird in this picture may be a hybrid Black Duck/Mallard. 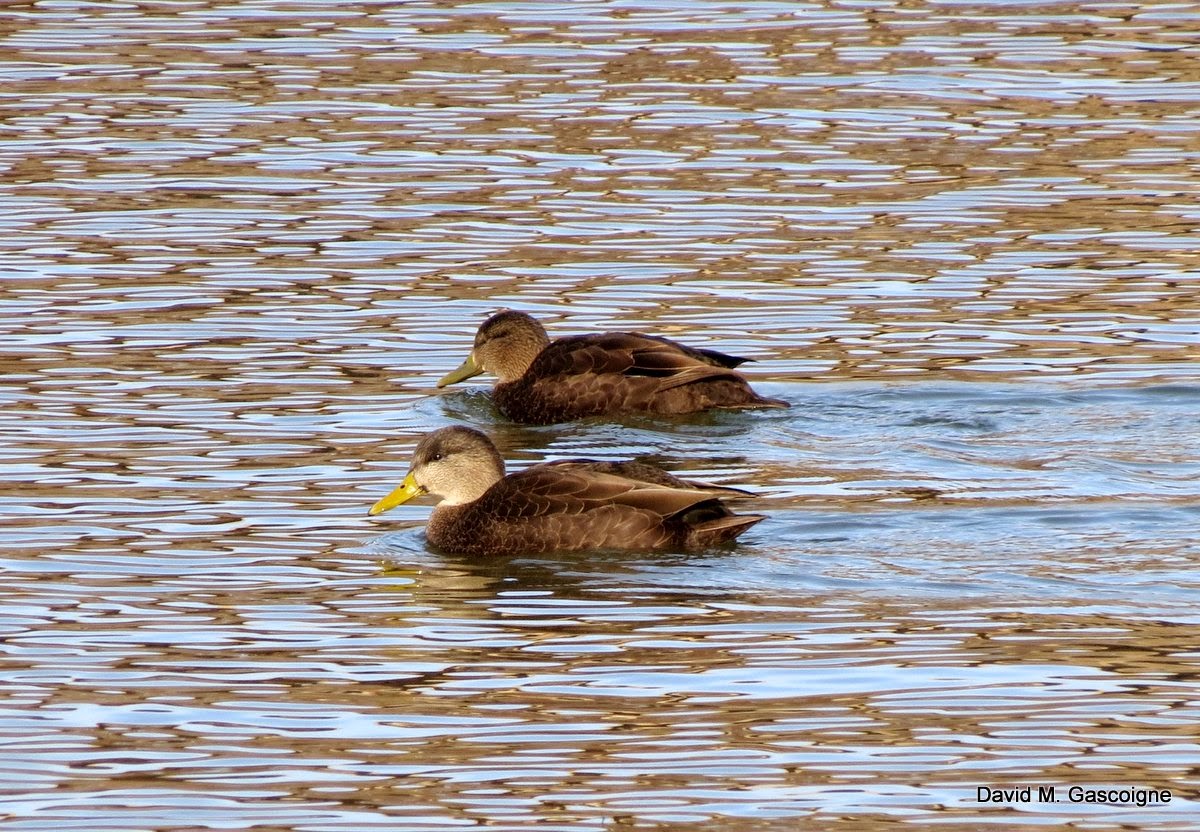 When we left the Canada Centre for Inland Waters we had to wait in a long line of traffic because the bridge was raised to let a lake freighter pass from the open expanse of Lake Ontario into Burlington Bay. 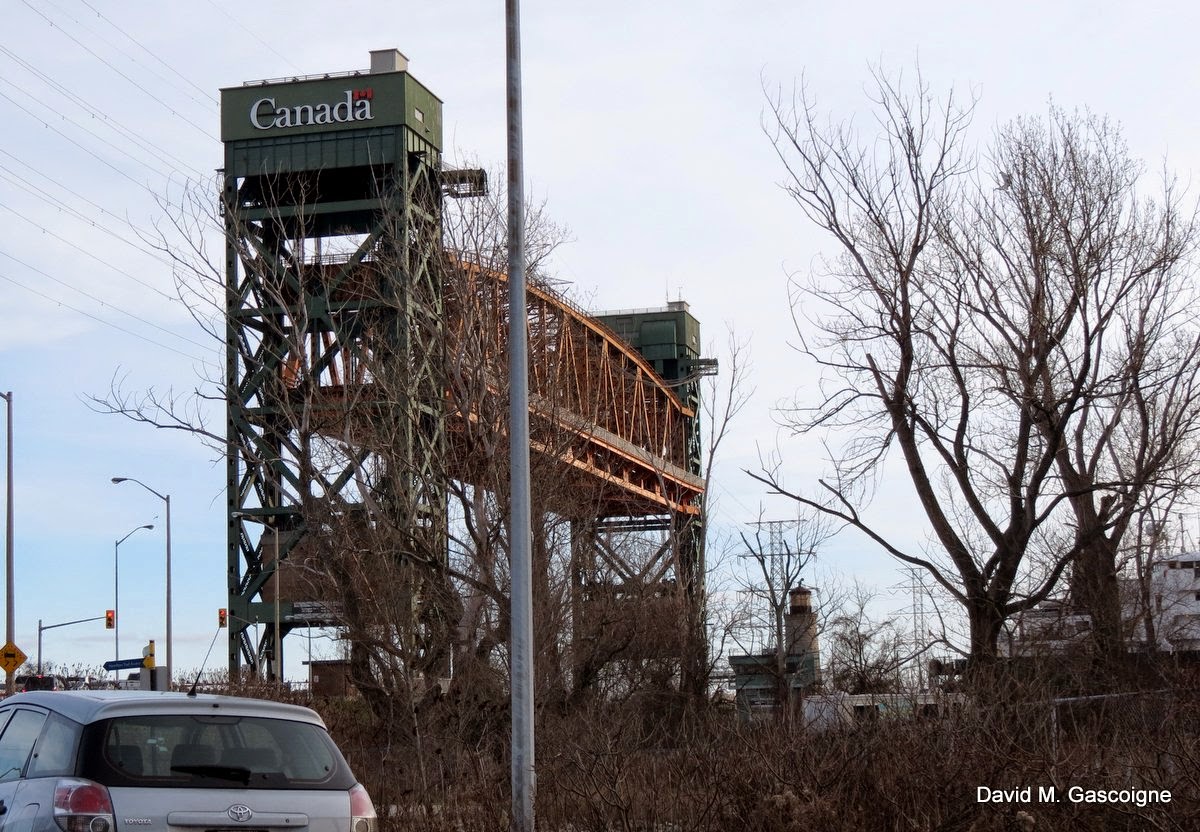 It was a great couple of hours of birding. Perhaps next time that elusive Black Scoter will be top of the list.
Posted by David M. Gascoigne, at 19:26