I have fond memories of making a regular annual trip in years past to Niagara-on-the-Lake to find three specialty birds for the Province of Ontario, Red-bellied Woodpecker Melanerpes carolinus, Tufted Titmouse Parus bicolor and Northern Mockingbird.

This was the only area in the province where one could reliably expect to find, after a little searching to be sure, these three species normally associated with more southerly regions.
Now the distribution of all three species has become far more widespread, and Northern Mockingbird may regularly be encountered in the Toronto area, and several confirmed nesting sites have been documented. There are a couple of spots where I am quite certain of locating this species if I take the time to search diligently, or, if as was the case this morning, it comes to greet me almost as soon as I park the car. Humber Bay Park West was where I found this individual today. 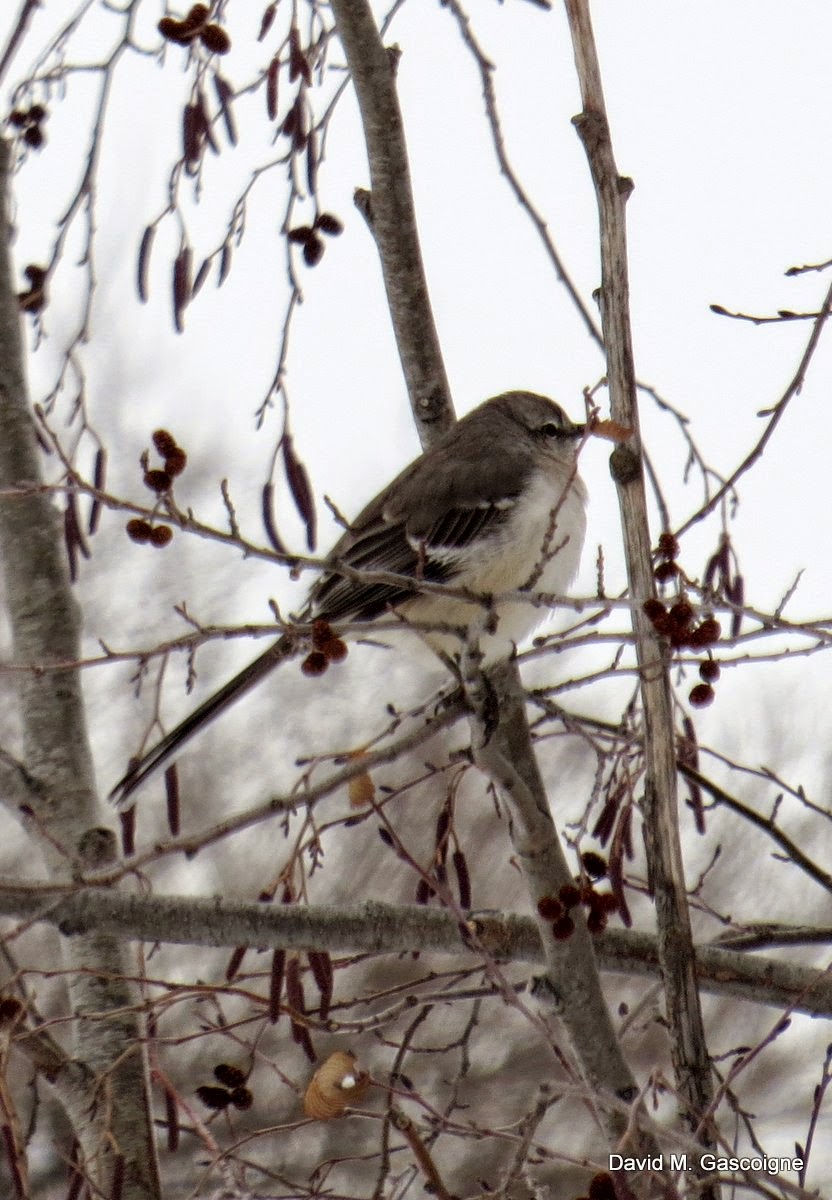 It was feeding on the berries seen in the pictures, and for the longest time was half-hidden, as it found the most appealing part of the crop I suppose. Finally it moved upwards and posed briefly for the photographs you see here.
It is a handsome bird, characterized by large white wing patches when it flies, but capturing a mockingbird in flight is far from easy.
So far the winter has been quite benign, but even through last year's brutal conditions, the species seemed to survive and by now no doubt has a population acclimatized to our conditions.
As regards the other two species mentioned above, Red-bellied Woodpecker, has become quite common in many areas, and we have even had it visit our backyard feeders on a few occasions. Tufted Titmouse is nowhere common in the province, but it can be encountered with a reasonable degree of regularity in Haldimand County.
The other area I have often encountered Northern Mockingbird in the Toronto region is Colonel Samuel Smith Park, but this morning I was unsuccessful. The following shots show the extent of the snowfall experienced yesterday. 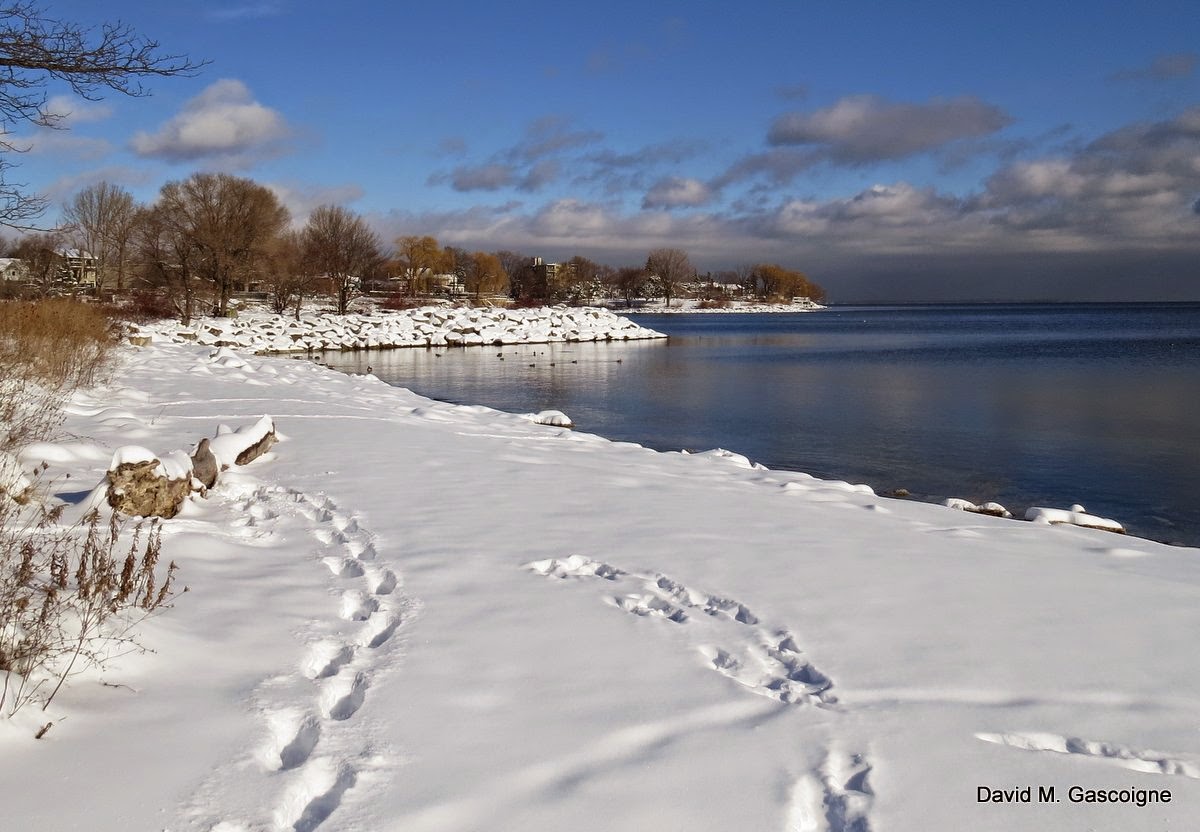 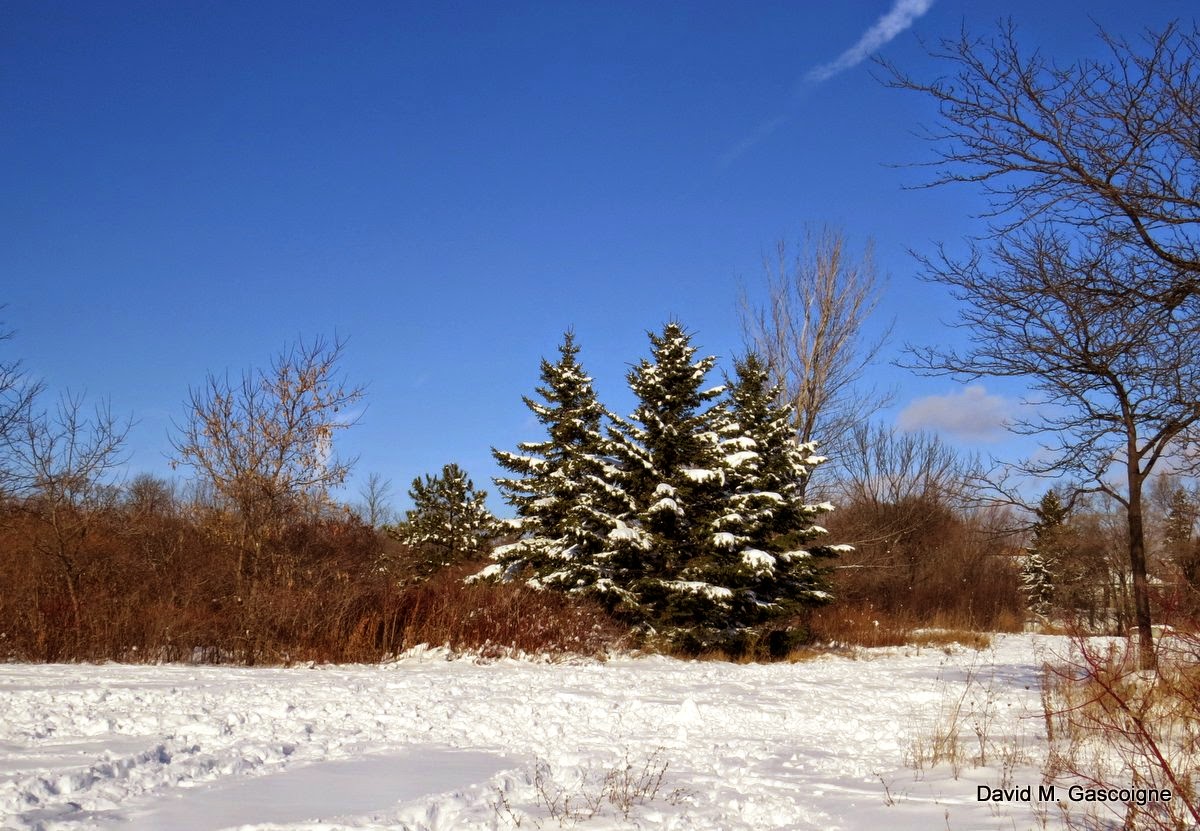 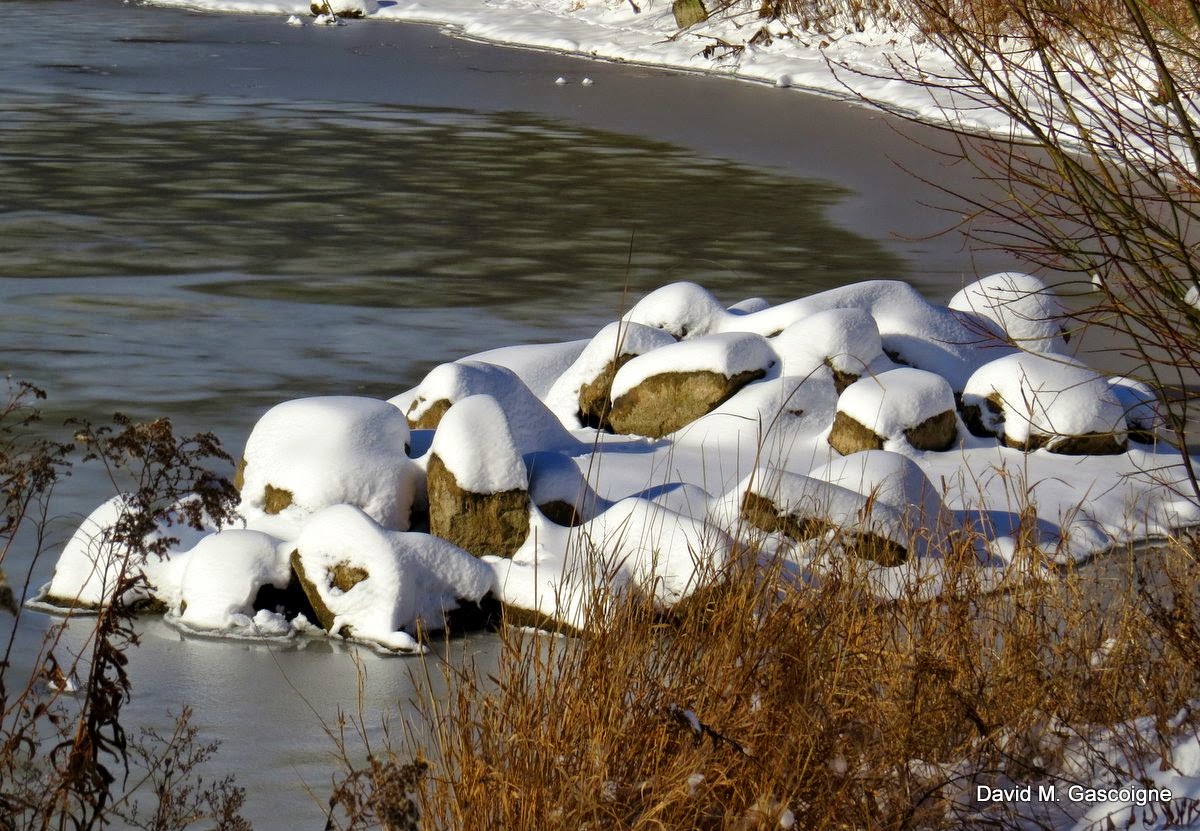 Winter is part of what makes us Canadian and today was a classic day; sunny, bright and the temperature slightly below freezing; a day to be enjoyed by mockingbird and human alike.