This is the time of year when Northern Flicker Colaptes auratus is seen in groups, often quite large (in the past I have seen around twenty-five birds feeding together on the ground) on its migration south. Yesterday, I could hear a flicker calling but for the life of me I couldn't find it. Finally, I located it, perched in a tree with several Mourning Doves Zenaida macroura. I had already seen the doves but had paid them little attention since it is a very common resident species. I guess there is a lesson here - always check out everything. 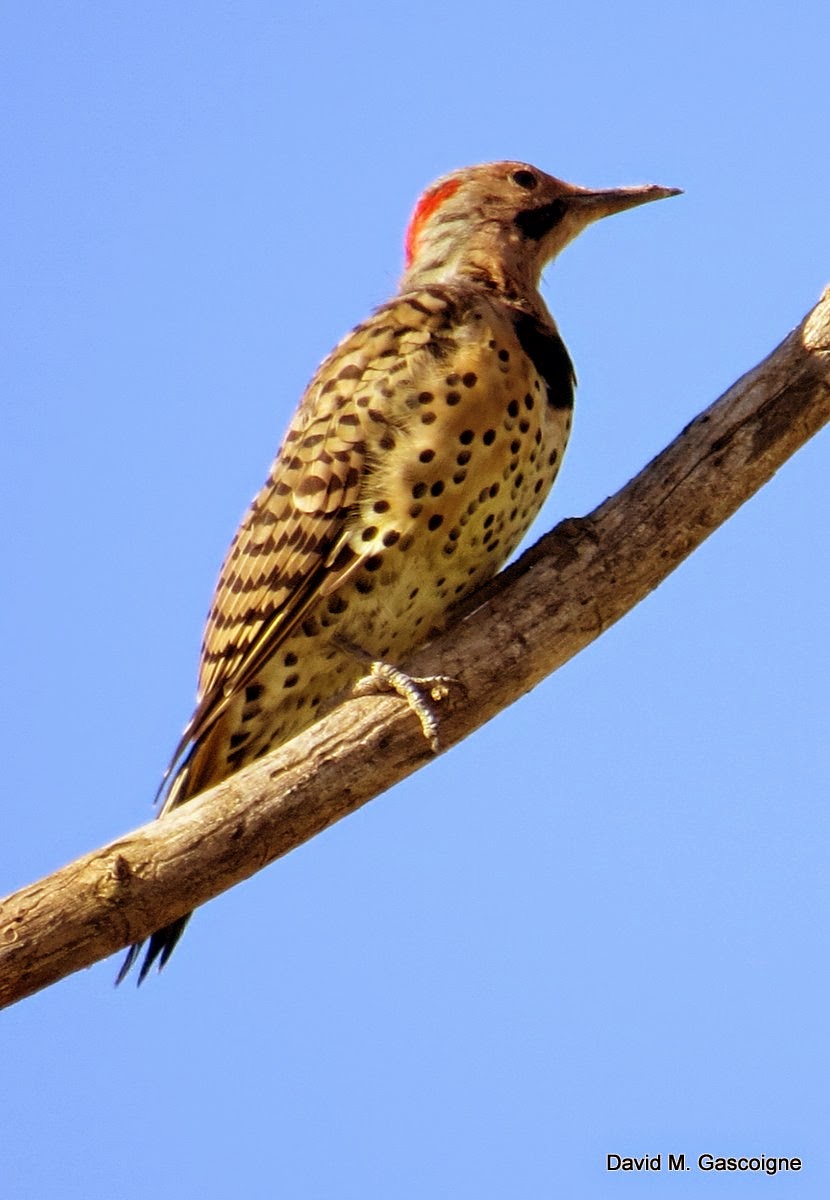 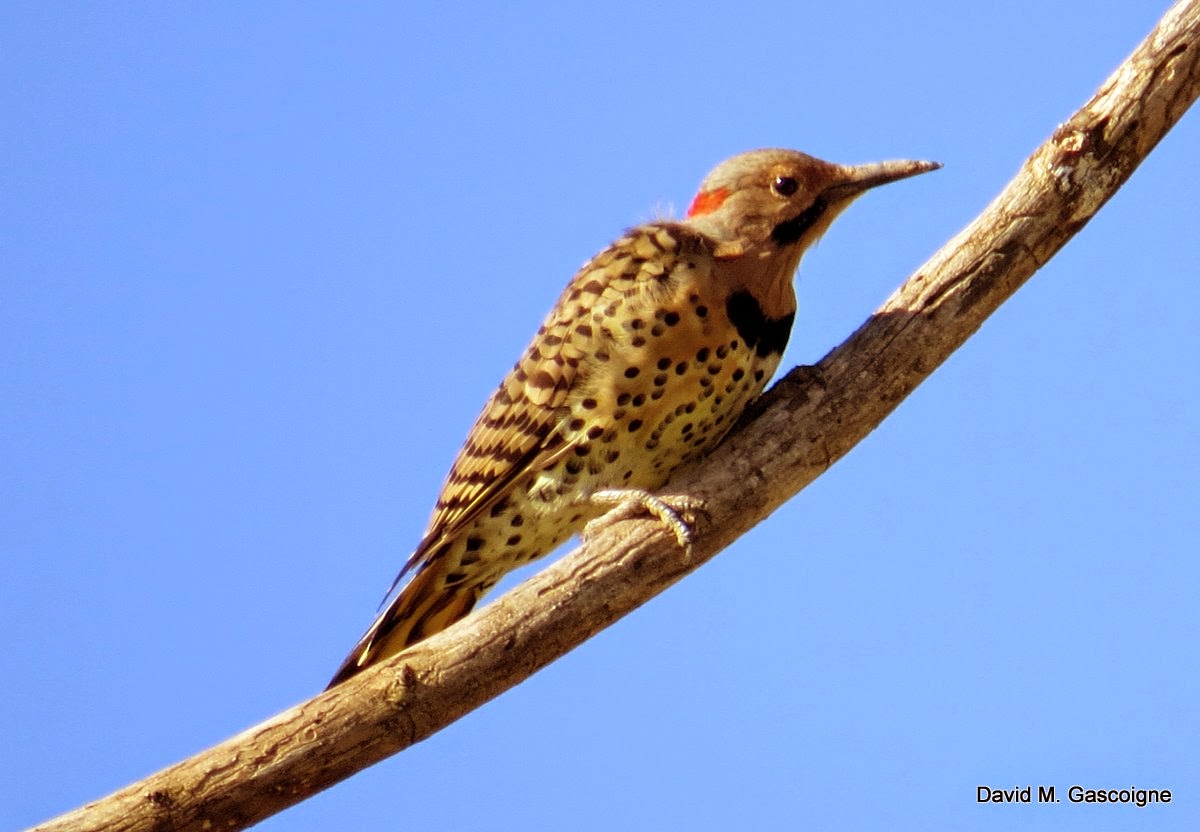 This individual is a male, indicated by the black moustachial stripe. In the yellow-shafted variant which is found in central and eastern North America this feature is black; in the red-shafted colour morph in the west it would be red. From a purely morphological standpoint one might conclude that they are different species, but they interbreed freely in zones of overlap and the offspring from such unions are fertile.
The following dorsal angle gives an excellent view of the white rump which is a prominent feature in this species, especially in flight. 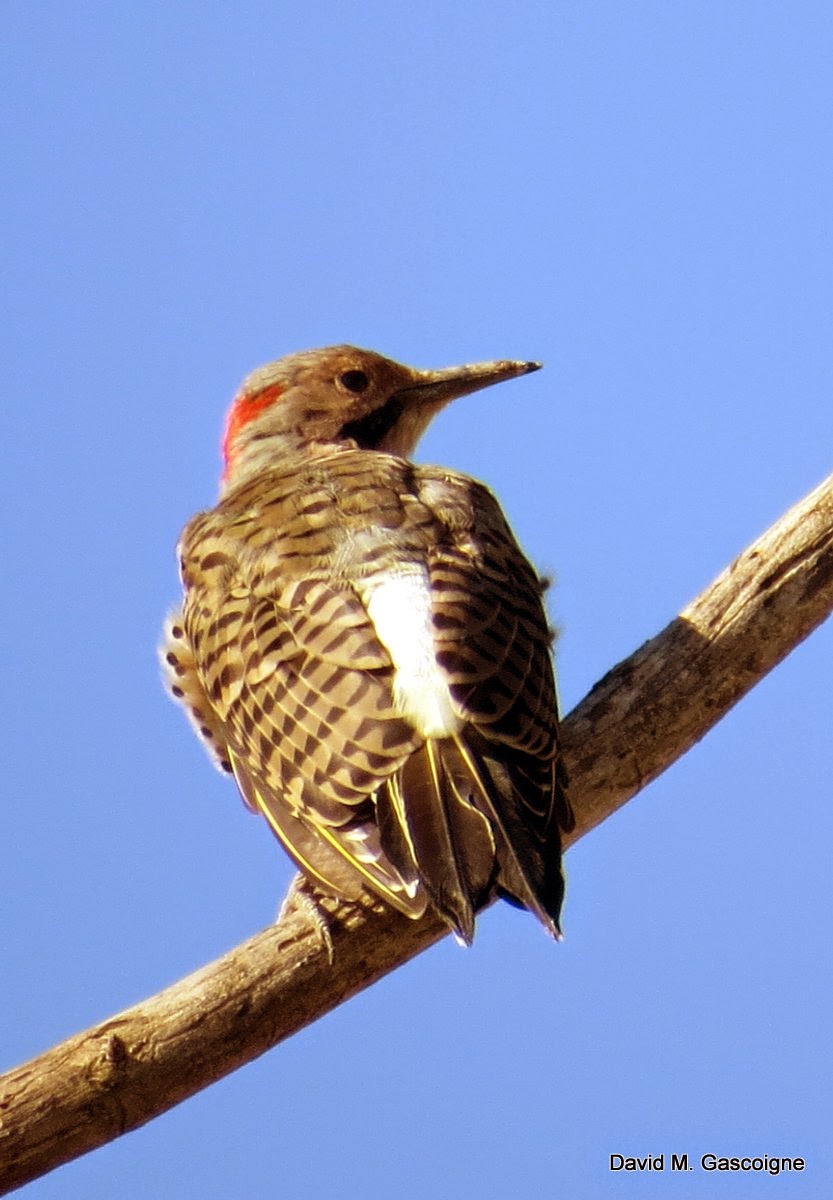 And here it is, hanging out with some of its Mourning Dove chums! 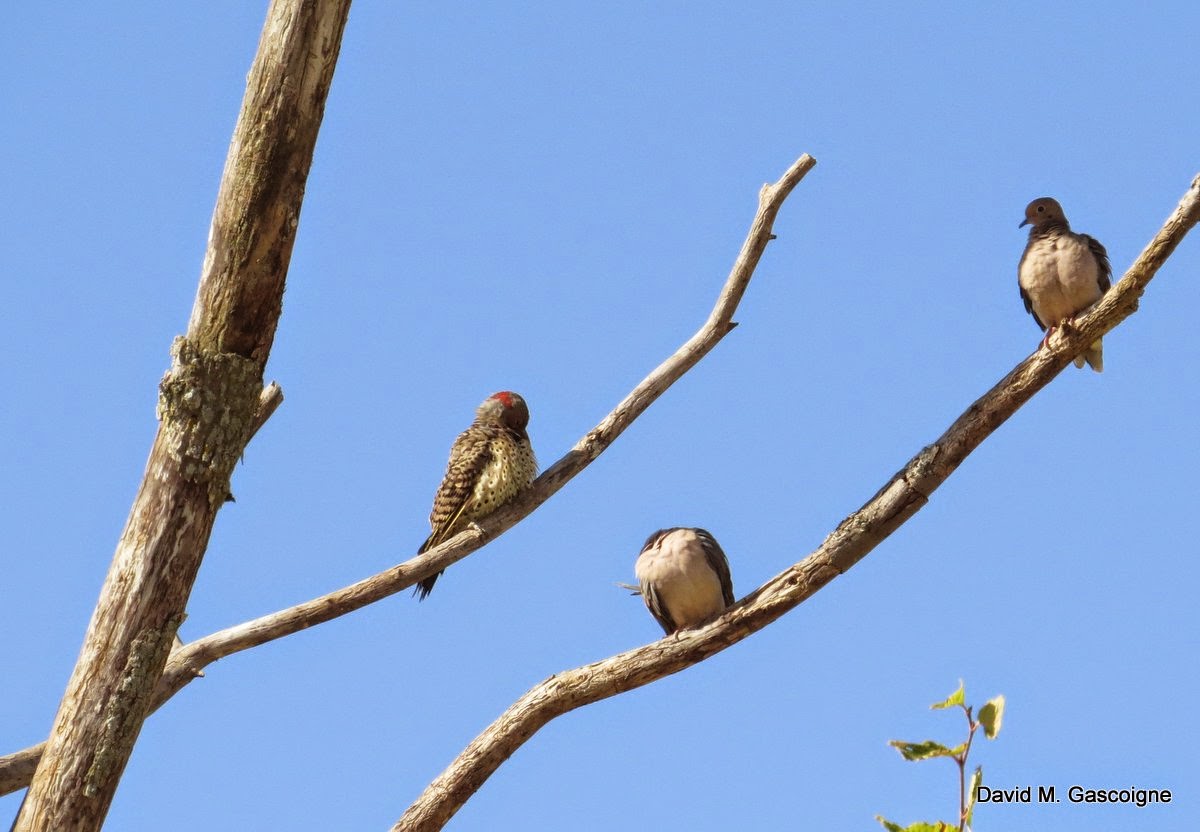