Vulturine Guineafowl was not an easy species to photograph; it quickly scampered into dense thickets as soon as the vehicle stopped, and we only saw it a couple of times on this one day throughout the entire trip.
It is pretty much confined to the Horn of Africa with an adjunct population in the eastern lowlands of Kenya.
Possessing an outrageous, scrawny neck and tiny head, it is nevetheless a very attractive bird and one which we were decidedly happy to locate. In dry areas it appears to survive without drinking, but where waterholes are present it is a regular patron. 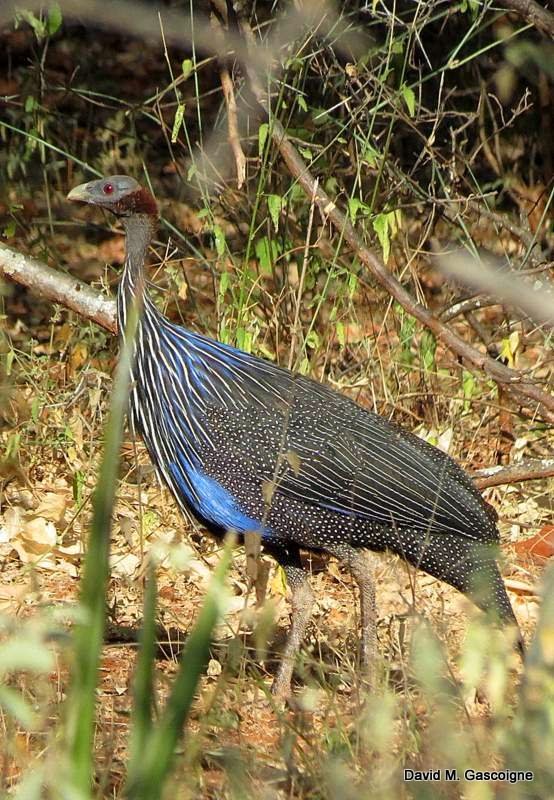 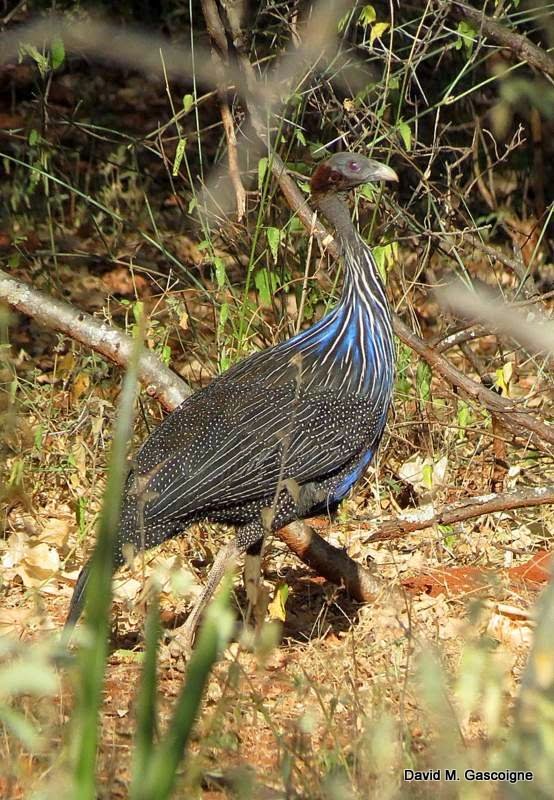 This species was also seen on this day only. The picture is hardly fantastic but it does serve to record the sighting of a species pretty much confined to the Horn of Africa, save for populations in northeastern Uganda and northern Kenya. 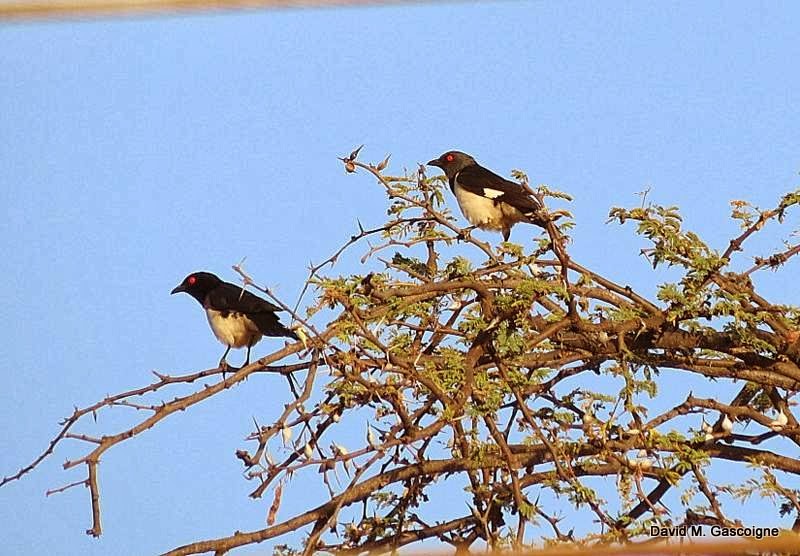 This picture shows a male and female. The males are blue-black dorsally and white ventrally with conspicuous white patches in the wing. Females are similar, but the head and chest are grey.
Posted by David M. Gascoigne, at 19:10