Martial Eagle is Africa's largest eagle and is found in a broad swath from West Africa over to the Horn of Africa, down the eastern part of the continent, and southward from Kenya through the entire section of southern Africa over to the west coast. Its prey covers a wide range of species depending on the area where it forages. We saw dikdiks fairly often in this area and I suspect that they formed a substantial part of the Martial Eagle's diet, as well as hares which were quite numerous also. Large birds such as guineafowl and bustards are also taken. 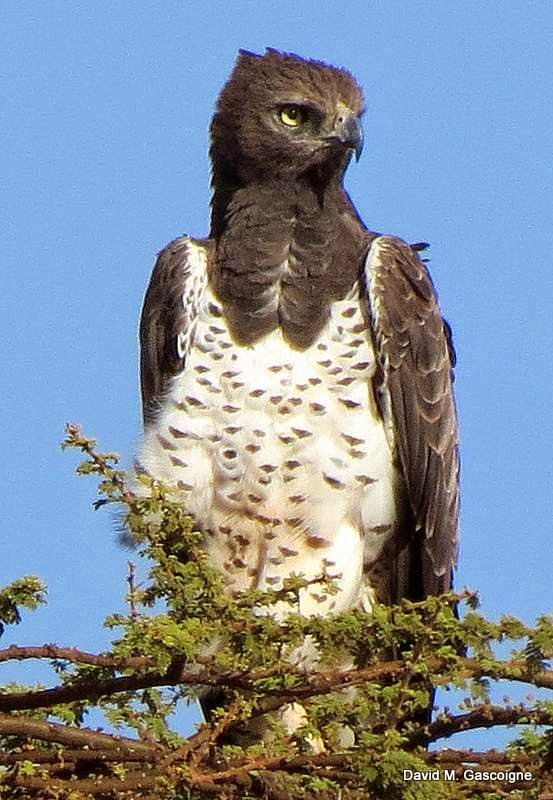 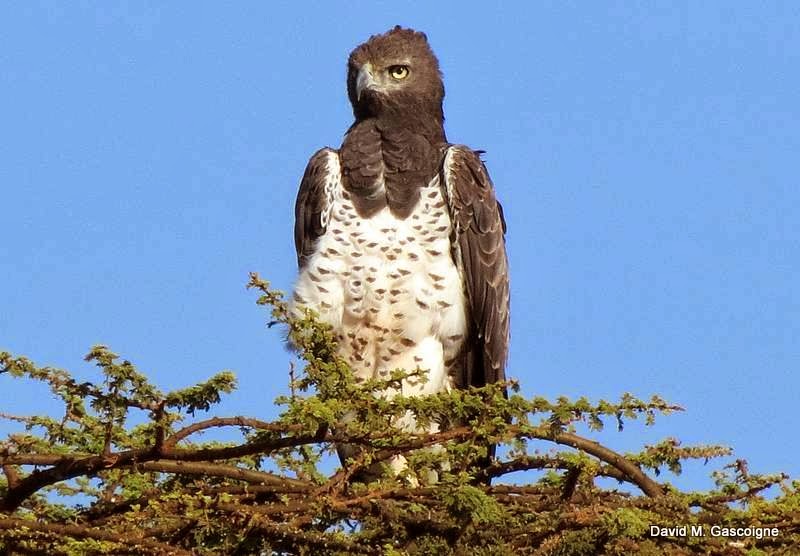 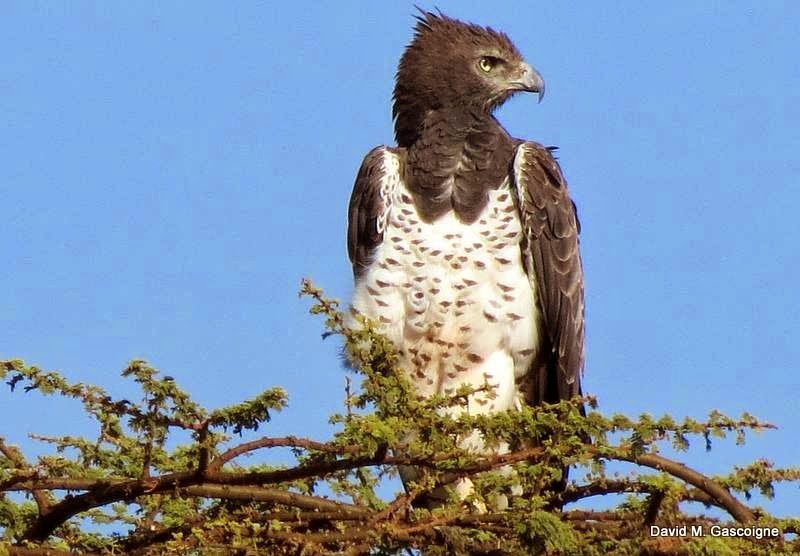