The Northern Mockingbird is perhaps best known for its astonishing vocal repertoire. Many a birder has been fooled into searching for a species he has heard, only to discover he has been duped by the mimicry of the mockingbird.
Since about the mid 1980s the Northern Mockingbird has extended its range in southern Ontario and has progressed from being an extreme rarity to quite common in some locations, and it is known to breed in several areas throughout the province, with its stronghold being the Niagara Peninsula. It appears to be non-migratory and tolerates our harsh winters without apparent difficulty.
This individual was photographed today at Humber Bay Park West in Toronto. 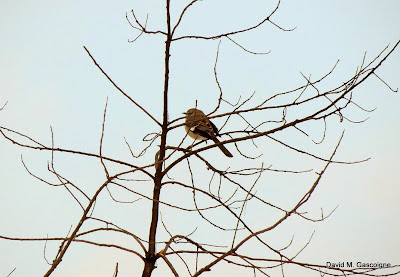 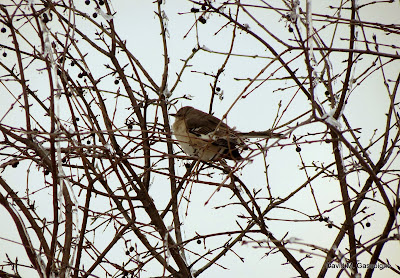