When one examines the historical statistics of gulls in this area during the winter, it is apparent that American Herring Gulls outnumbered Ring-billed Gulls Larus delawarensis by a fairly wide margin, in contrast with spring, summer and fall populations where Ring-bills clearly dominated.
For the past couple of years I have felt, based purely on my own observations, that this was no longer the case. While birding along the north shore of Lake Ontario, we saw but two Herring Gulls in the entire day, as opposed to many hundreds of Ring-billed Gulls - and we paid very careful attention.
This second cycle(?) American Gull was observed at Humber Bay Park in Toronto. 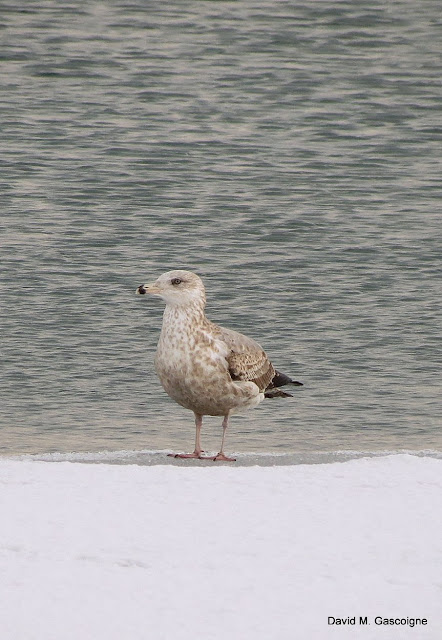 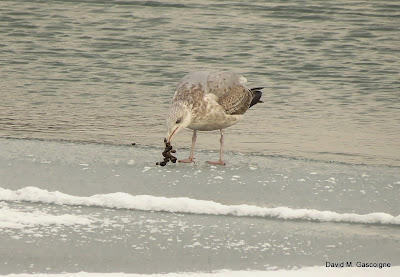 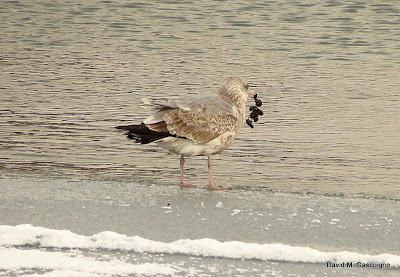 A non-breeding plumaged adult was feeding on a fish in Bronte Harbour in Oakville. 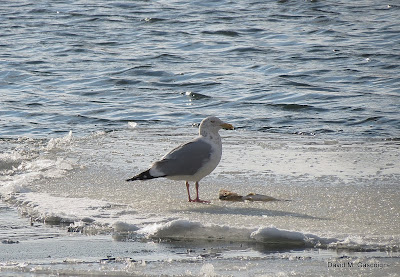 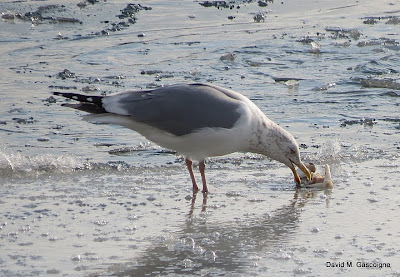 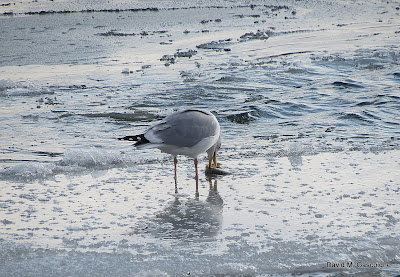