Laurel Creek C.A. 24 October 2010
David M. Gascoigne and Miriam Bauman
There was a large aggregation of waterfowl on the lake, so we went down to check out whether there were any interesting species, other than the normal ubiquitous and numerous Canada Geese and Mallards. By scanning through the flocks we were able to locate a pair of Pintails, a male Shoveler and a female Common Merganser. Other than a lone Pied-billed Grebe there was not much else.
The annual ritual of drawing down the water level in the fall by the conservation authority was underway, and there was an expansive area of mud with isolated pools of standing water. In these areas hundreds of Ring-billed Gulls were feeding on crustaceans and fishes which had been stranded by the receding water. It appeared that many of the gulls were already sated by the bounty, since they were picking up fishes, half-heartedly tossing them around, and letting them drop back into the water without any attempt to retrieve them. One individual, however, must have been a latecomer to the feast. We watched this bird seize a crayfish, batter it against the ground repeatedly, drop it, pick it up and repeat the same process, until the crayfish was subdued, and there was no longer a danger from its pincers. In one gulp the crayfish was gone!
The pictures show the sequence of this feeding event, from the crayfish in the gull’s bill, to half way down it’s throat, to a contented gull standing digesting its meal. 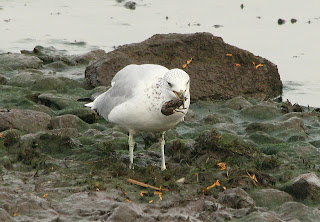 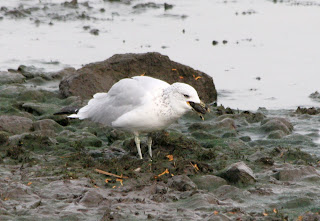 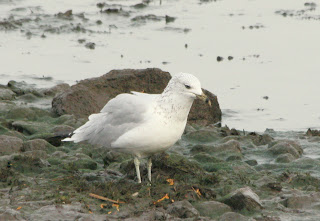 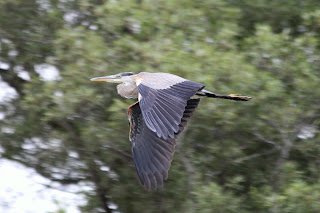 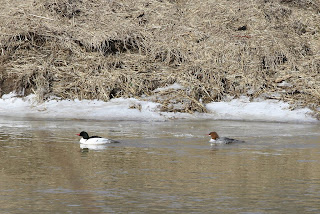 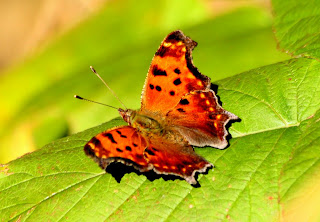 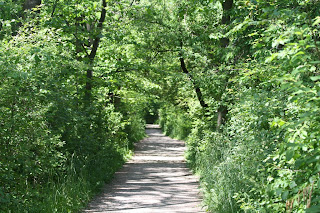 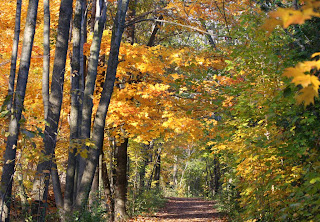 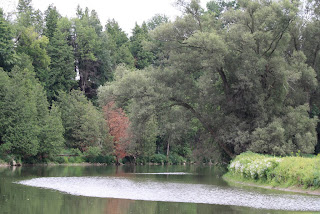 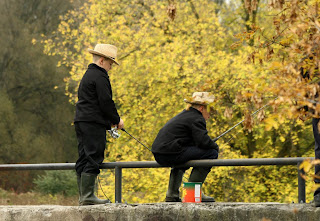 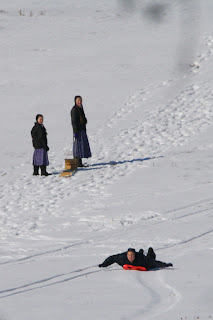 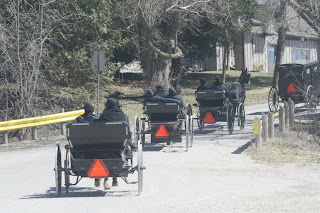 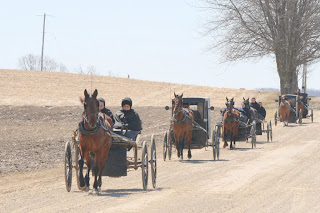 The millrace was constructed in the 1860s, alongside the Conestogo River, to serve the power needs of the grist mill owned and operated by Jacob C. Snider.
Today it forms part of the Trans Canada Trail, and provides a pleasant 3 km round trip walk from the Village of St. Jacobs to the dam on the Conestogo River and back. In addition to fine birding, it offers a view of Mennonite life, as old order boys may be seen fishing on the river, or properly attired girls toboggan down the slopes in the winter. Each season brings its own set of delights. Spring is glorious as the avian populations are swelled by arriving migrants and Fall provides a panoply of stunning Fall colours. In the summer many nesting species can be discovered upon careful searching and typical winter denizens are Black-capped Chickadees, Red and White-breasted Nuthatches, Downy and Hairy Woodpeckers and other typical species. Cedar Waxwings are easily found all year.
The farmers’ market in St. Jacobs is well worth a visit. It is open on Thursdays and Saturdays for most of the year, but is also open on Tuesdays during the summer. The village itself is filled with craft shops and other interesting stores, and is a magnet for tourists on the weekend.
At the Three Bridges Road end of the trail, Sundays bring a procession of Old Order Mennonites in a variety of horse-drawn carriages, on their way to a meeting house farther up the road.
In addition to excellent birding, St. Jacobs provides ample pleasures for non-birding members of a family, and is highly recommended to anyone visiting the area. We are fortunate to live close by and we enjoy walking the trail throughout the year.
A list of species we have observed there follows.

Species seen on the Millrace