A Bevy of Cedar Waxwings

06 March 2021
I had been out running an errand and was almost home when I noticed a number of Cedar Waxwings (Bombycilla cedrorum) feeding on some kind or ornamental crab apple tree, on the corner of two nearby streets, one of which joins the street where we live. 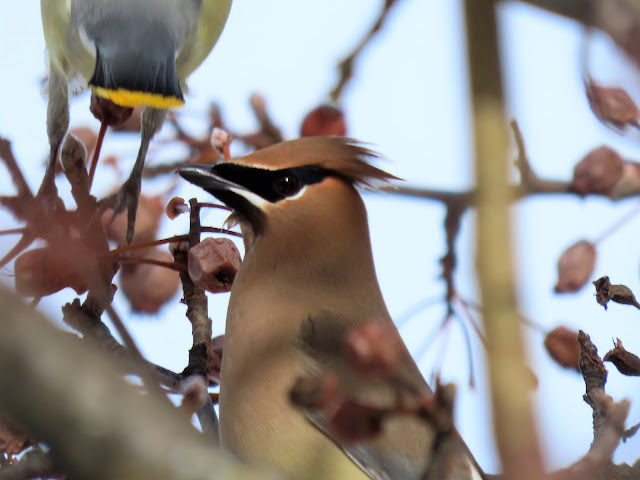 I should not have been surprised that people were walking by, right next to the tree, without noticing the birds - but I was! 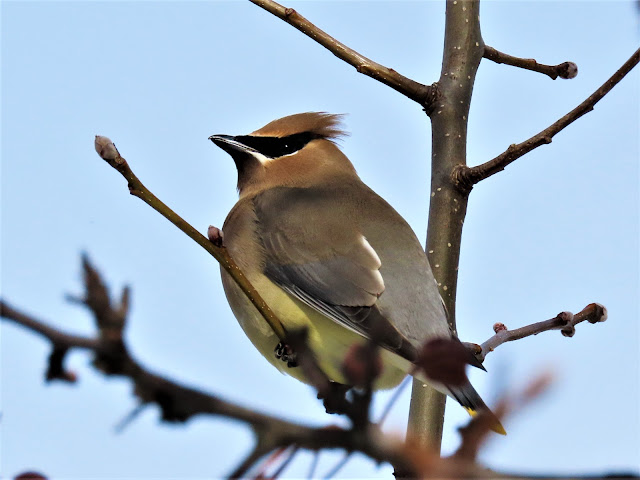 I went home, and Miriam walked back with me with her camera to capture these birds that were totally unconcerned with us, and feeding at close range. If I were a little taller I could have reached out and touched one of them.
Here is what captured their attention. 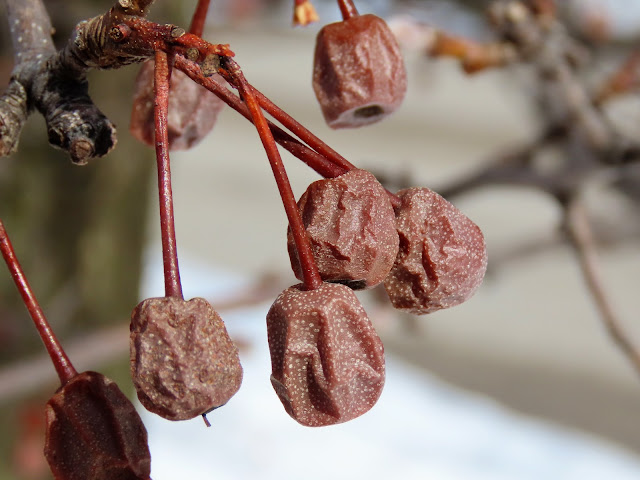 And they were not alone. A male Northern Cardinal (Cardinalis cardinalis) was happy to join them at the feast. 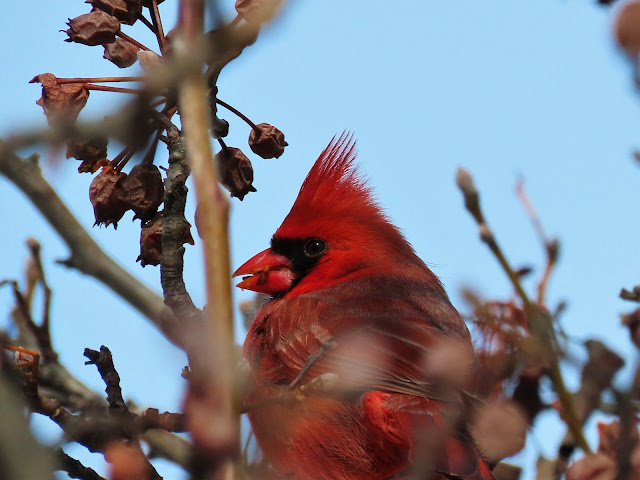 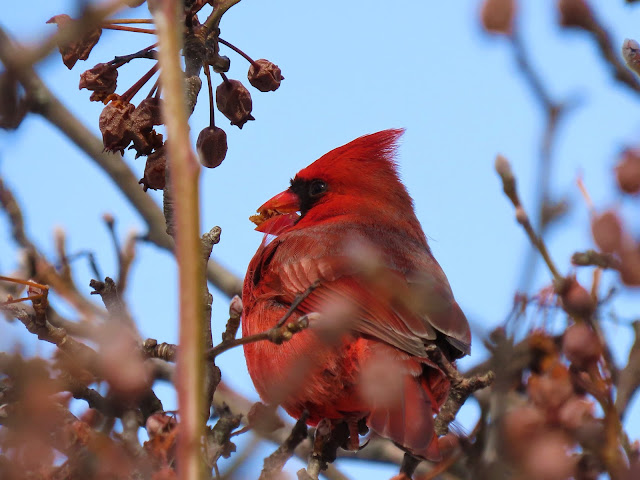 It is ironic that only a day or two earlier, we had been commenting that we had not seen a waxwing so far this year, and here they were! 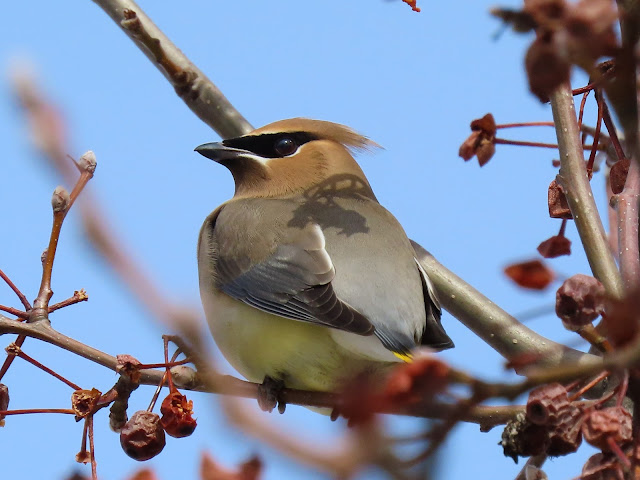 A steady stream of birds flew in to snag a couple of fruits, soon to be replaced by others. 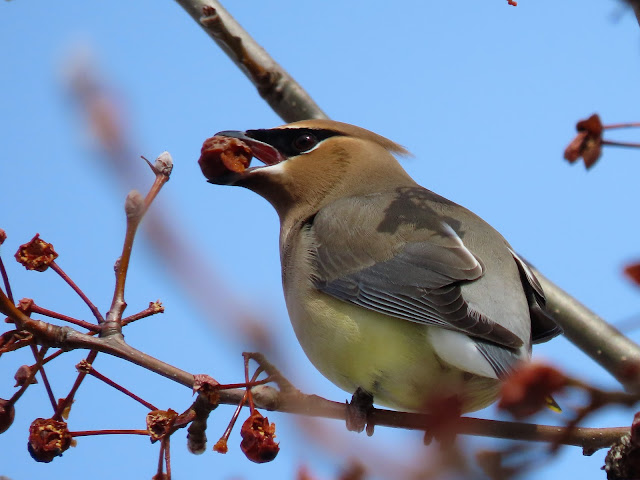 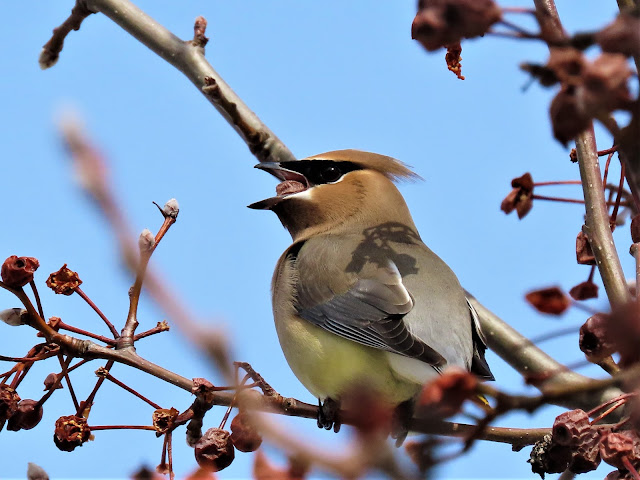 There was ample food for all. 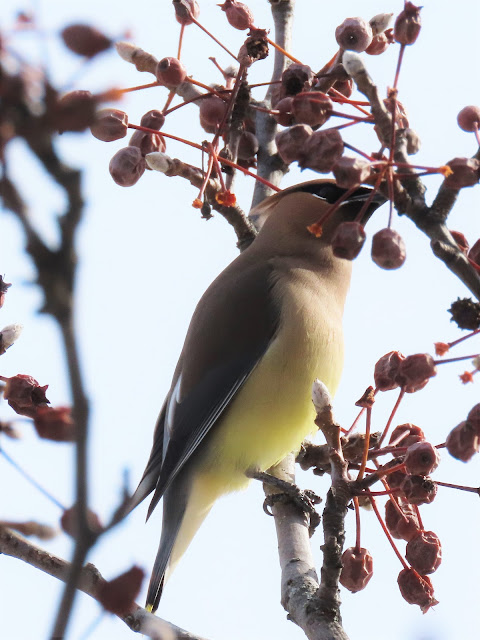 To see so handsome a bird at close range like this was such a pleasure! 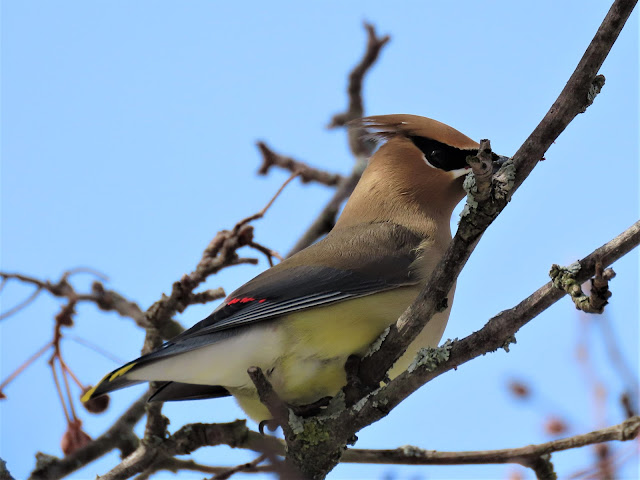 Makes me wish I had an ornamental apple tree in my yard!