Miriam came back early from her stay at a friend's cottage on Lake Huron, so she joined Judy, Mary and me on a visit to West Perth Wetlands at Mitchell, in Perth County. 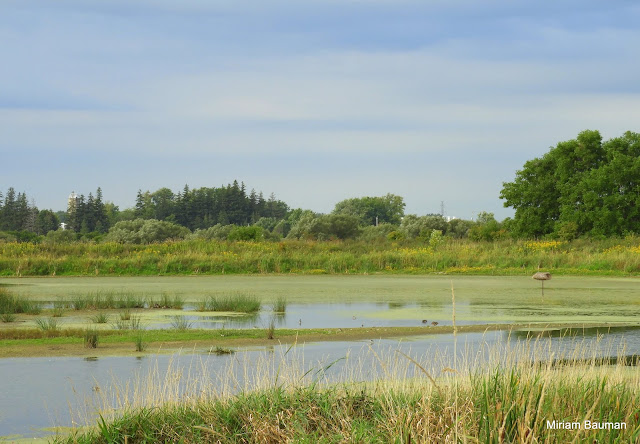 It was a little cool, and frequently overcast, but we had a decent morning of birding, although the conditions for photographs were not great, and the birds in general were not close.
Lesser Yellowlegs (Tringa flavipes) is usually the most common species at this time of the year, and today was no exception. Greater Yellowlegs (Tringa melanoleuca) was also present, albeit in much reduced numbers, but Miriam managed to get a couple of shots of the two species side-by-side giving an excellent comparison. 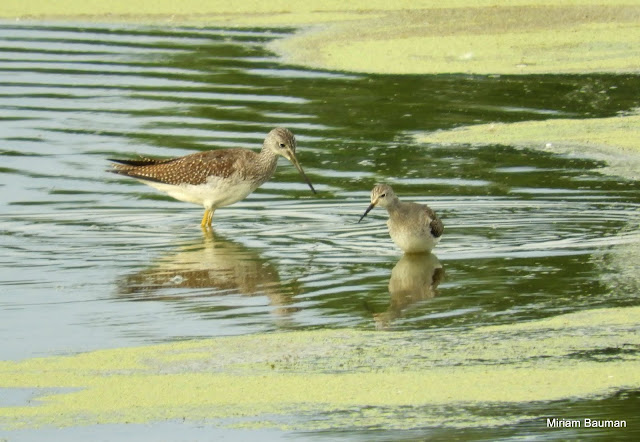 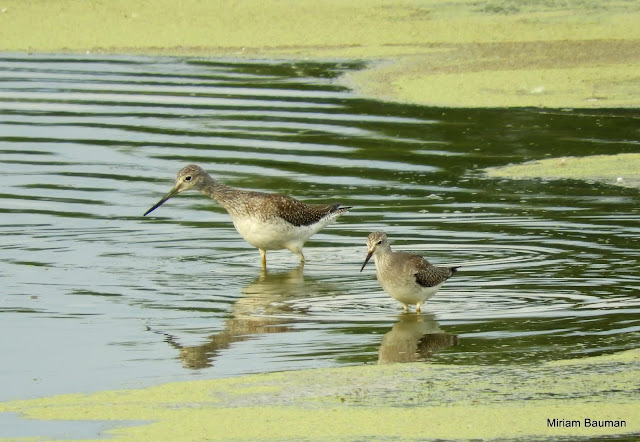 Furthermore, Greater Yellowlegs was far more cooperative than usual and here are a couple of excellent shots of a single bird. 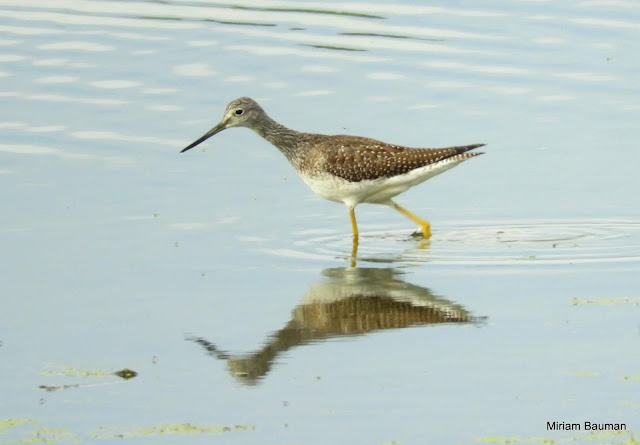 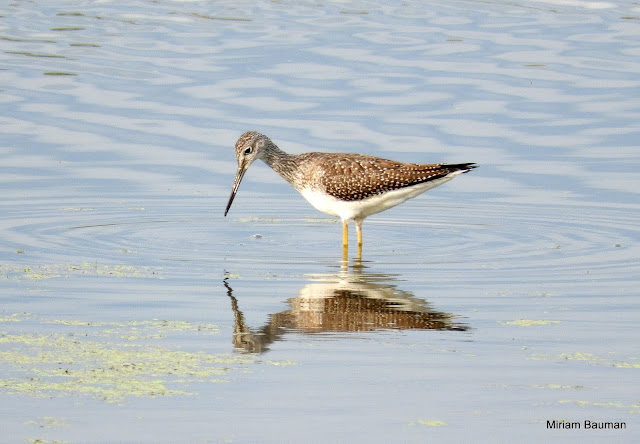 The yellowlegs have arrived from their breeding territories in the Arctic, but Killdeer (Charadrius vociferus) breeds locally, and there were many of them in the wetland, no doubt now preparing for migration. 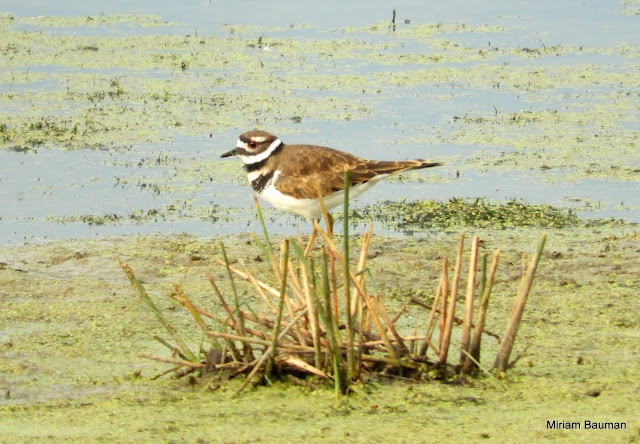 We saw also a couple of diminutive Semipalmated Plovers (Charadrius semipalmatus), close enough for great views through the telescope but too distant for decent photographs. 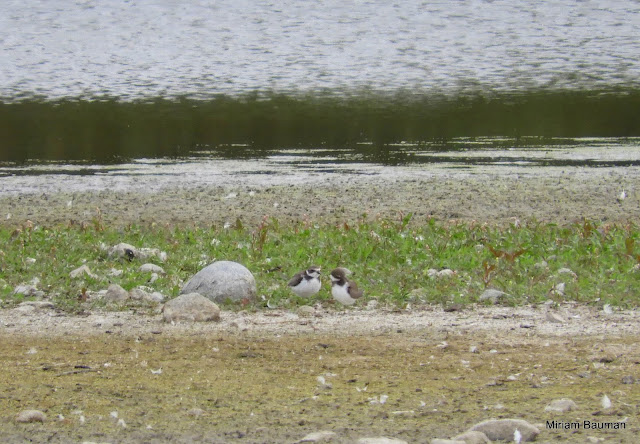 One of the highlights was a group of four Wilson's Snipe (Gallinago delicata) all feeding vigorously. 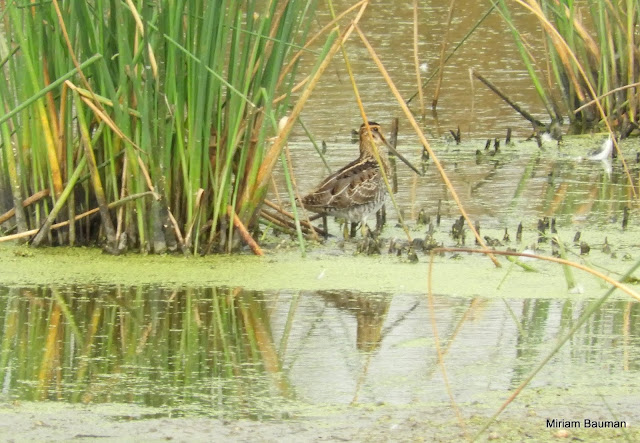 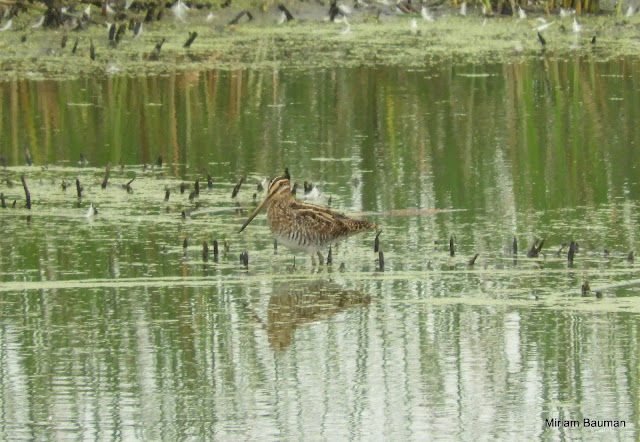 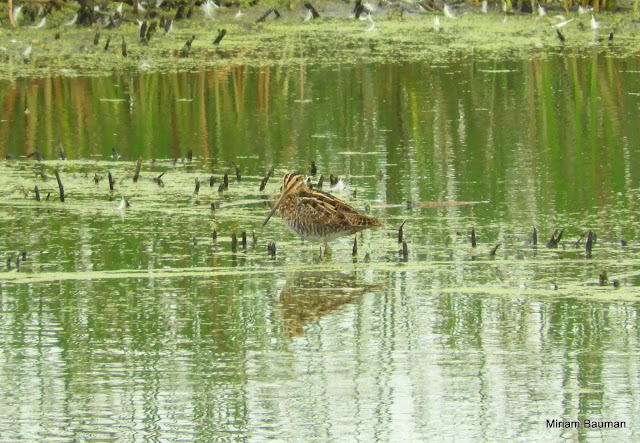 Butterflies were out in force with Monarchs (Danaus plexxipus) being especially noticeable. 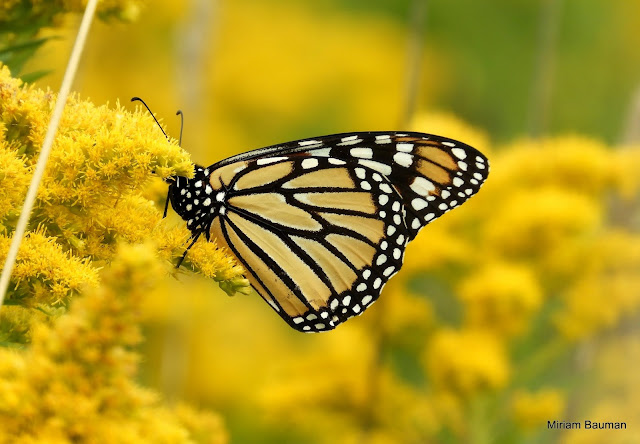 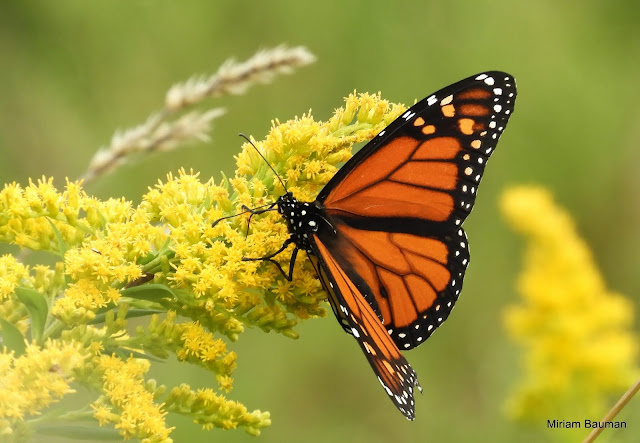 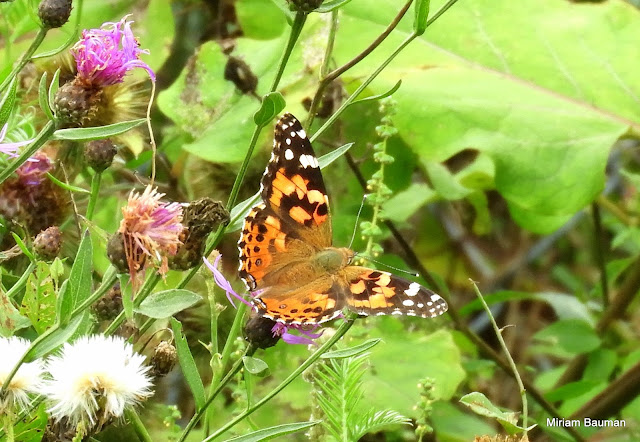 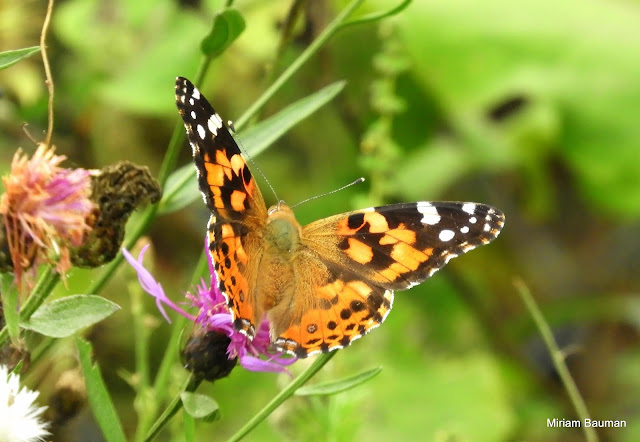 The photographic record of this outing does not do justice to the fine range of species we saw, and it was a very pleasant morning spent with good friends. It has often been said that the best picture is the one in your mind, and we certainly have many of those to savour for as long as we wish to recall them.
Posted by David M. Gascoigne, at 06:32