Miriam and I were in Kitchener this morning and dropped by Forfar Park to see if we could locate a Townsend's Solitaire (Myadestes townsendi), a western species that has been reported there over the past week or so. We did locate the bird, only in flight, however, but at least we could confirm the presence of this vagrant.
We had a pleasant walk through the park, where in the past we have had a number of very agreeable sightings, remarkable for a small park surrounded by housing developments.
The highlight this morning was a Red-shouldered Hawk (Buteo lineatus) perched high atop a snag. 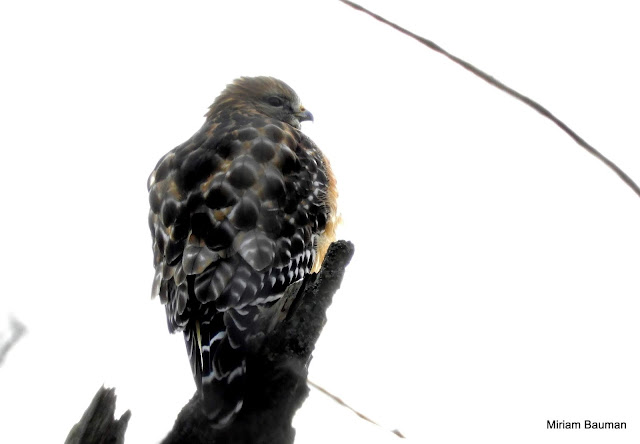 Several passerines, clearly unhappy with its presence were trying to dislodge it, to no avail. I would imagine that the hawk had recently eaten because it made no attempt to go after its harassers, principally Blue Jays (Cyanocitta cristata). 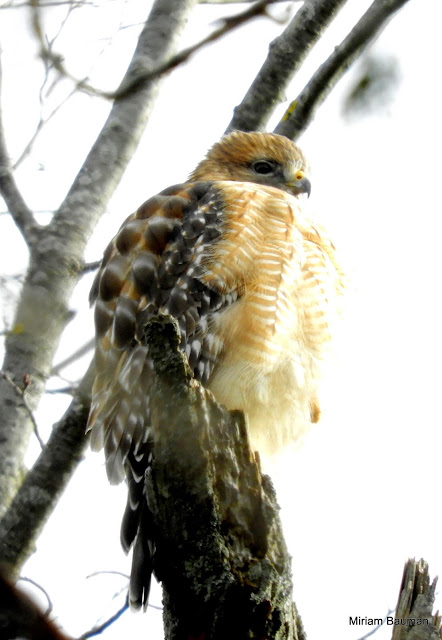 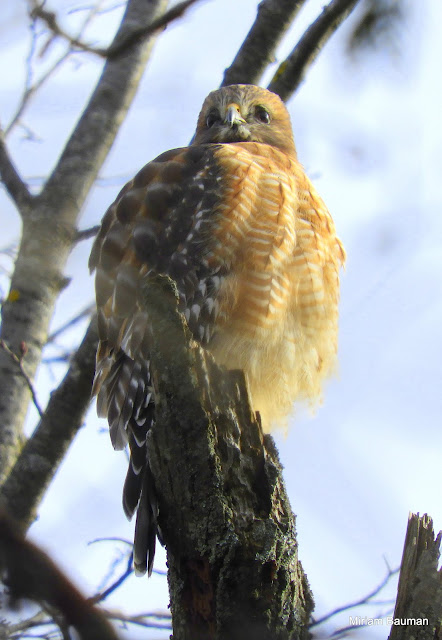 Red-shouldered Hawks are quite uncommon in winter, but it is generally conceded that the exponential increase in people feeding birds is a significant factor in increasing their frequency. The fact that humans feed songbirds probably means that weak birds that would not have otherwise survived now do so, and raptors like Red-shouldered Hawk find a ready supply of easy prey. In effect then, we are feeding raptors! Red-shouldered Hawks prey principally on small rodents, but will not pass up a passerine, especially a bird not in peak condition, and less able to escape the pursuit of a swift predator. 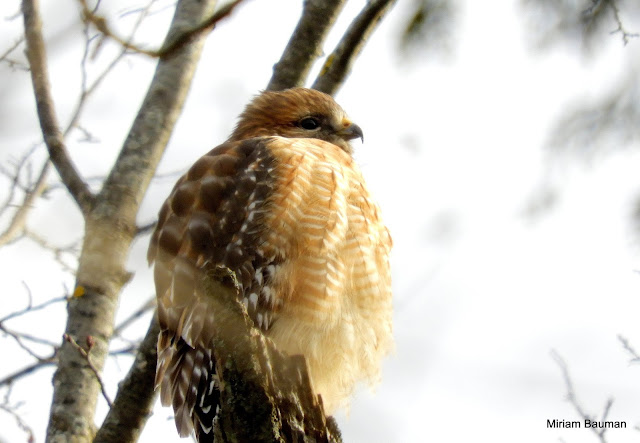 The angle at which we viewed the bird was not ideal for photography and it required a good deal of shifting to try for an approach without branches being in the way. In her usual persistent fashion, Miriam managed to get some acceptable pictures despite the conditions. 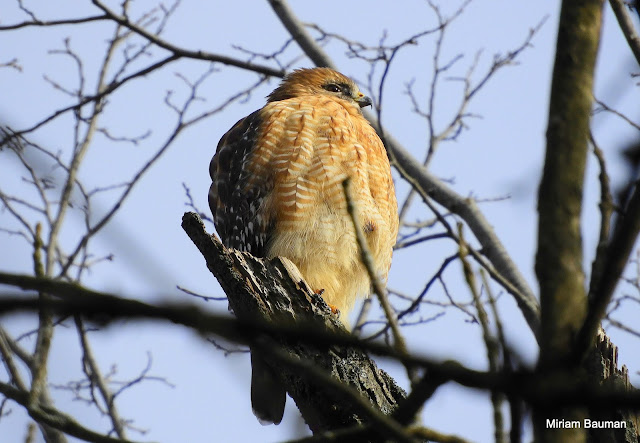 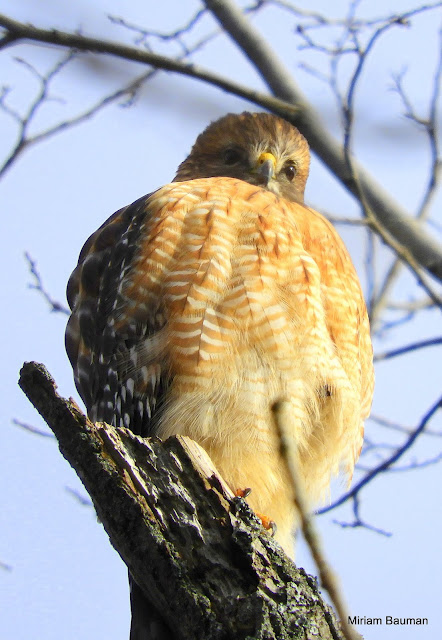 I am very fond of all birds, of course, but a special level of appreciation is reserved for birds of prey, especially those that have been persecuted by humans for so long, Red-shouldered Hawk among them. I always find it ironic that many people applaud a hawk if it takes a rat or a snake, but if it takes a bird, especially a pretty one, they agonize over it, and often use epithets not to be repeated in polite company.
A viable predator/prey component regulates a healthy ecosystem and we should rejoice in these magnificent hawks. Miriam and I certainly appreciated this one this morning.