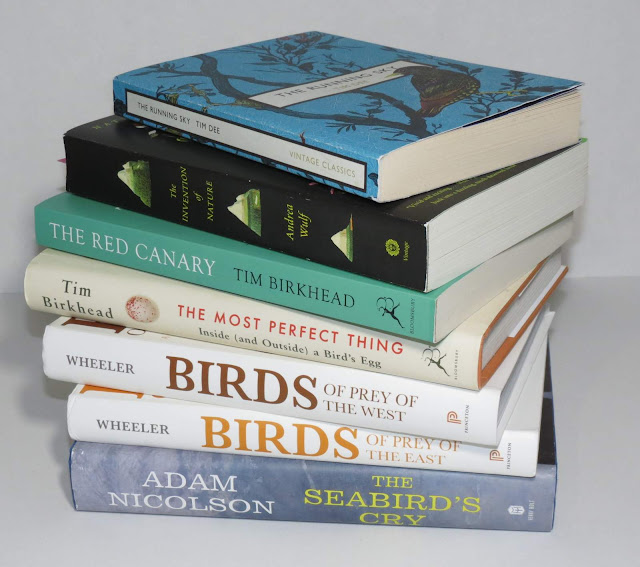 As the year draws to a close I reflected on some of the books that have impressed me this year and would like to share a few of them with you. These are not necessarily recent books, but works that are new to me. They are not presented in any particular order; the idea is not to rank them, rather it is to share with you some first rate nature titles which gave me great pleasure, and also made me think.

The Seabird's Cry by Adam Nicolson, Henry Holt and Company (2018) 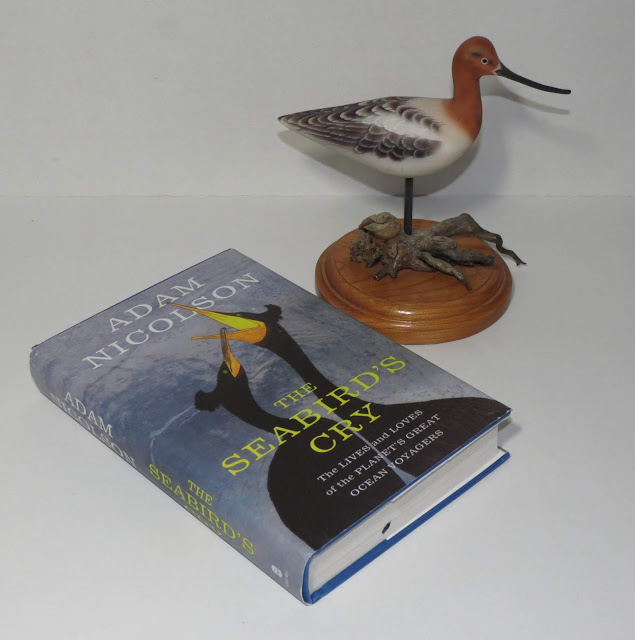 I was first alerted to this volume when my good friend, Marg Paré, told me of a book that she had purchased in a European airport where she was changing planes. I borrowed her copy and immediately bought my own. Nicolson, like so many good nature writers today, has a command of language that would rival a fine essayist, and the book not only covers important aspects of the life of seabirds, it does it in a style guaranteed to captivate.
It is a story of the global tragedy of seabirds and the urgent need to change our ways to ensure the future survival of these magnificent creatures. Sombre stuff indeed, but a story that needs to be told.

This isn't just about 'seabirds.' It's about the living poetry of winged beings who share our planet as though inhabiting another world.  Carl Safina

This marvelous book inhabits with graceful ease both the mythic and the scientific, and remains alert to the vulnerability of these birds as well as to their wonder. It is a work that takes wing in the mind.  Robert MacFarlane 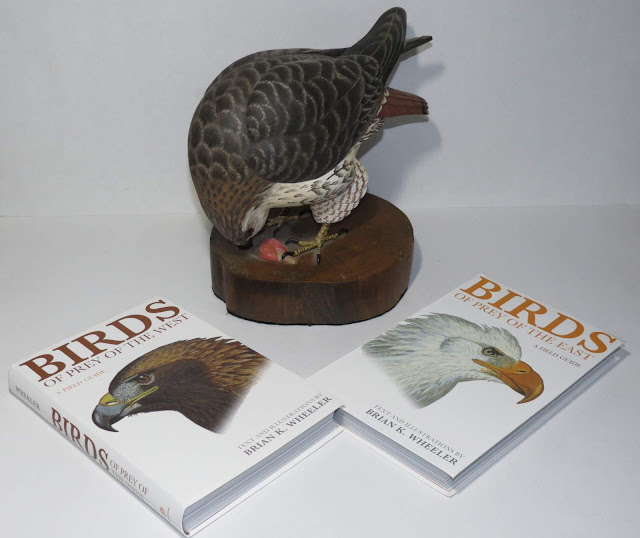 These companion volumes are as fine a work on raptors as one might wish for, with text and illustrations by Brian K. Wheeler, a name associated with birds of prey for well over thirty years. His familiarity with these birds is reflected in his superb illustrations and detailed, comprehensive text. It is a compendium of knowledge refined over a lifetime of study and thousands of hours spent in the field observing the birds first hand. It is called a field guide, but is in fact much more than that. For a single work on the raptors of North America I can think of nothing better.

Brian Wheeler's new field guides are must-haves for every bird of prey aficionado, hawk watcher, raptor biologist, or field naturalist. The wonderfully detailed plates and text synthesize the latest knowledge on plumages for each species, including information on aging, and mark a new frontier in raptor identification books.  Laurie J. Goodrich

The spectacular colour illustrations and detailed text should make Birds of Prey of the East and Birds of Prey of the West welcome additions to the library of any serious aficionado of diurnal birds of prey - or to anyone who has ever looked skyward and marveled at the grandeur of a soaring raptor.  Wayne R. Petersen

The Most Perfect Thing - Inside (and Outside) a Bird's Egg by Tim Birkhead, Bloomsbury Publishing Plc (2016) Birkhead brings his formidable scientific knowledge and impeccable writing style to this enchanting work. I have recommended this volume to non birding friends and they have universally enjoyed it, a testament to the way that Birkhead can cover a topic to make it interesting to dedicated naturalist, biologist and lay reader alike.
It covers every aspect of the avian egg - shape, colour, design, fertilization, development, efficacy, the sorts of care needed, incubation and hatching. After reading this book you will never look at a bird's egg the same way again. Even writing this brief review, I find myself already wanting to read the book for a third time!

Full of wonder and surprise, and beautifully written.  Nick Davies

A thrilling voyage through what most of us think of as an ordinary item sold at the supermarket.....What makes this book such a pleasure is not just the author's breadth of knowledge.....but his unbridled enthusiasm and the clarity of his explanations.....One doesn't have to be a bird enthusiast to relish this book, but it would be the most perfect gift for anyone who is.  Kirkus Reviews (starred review) 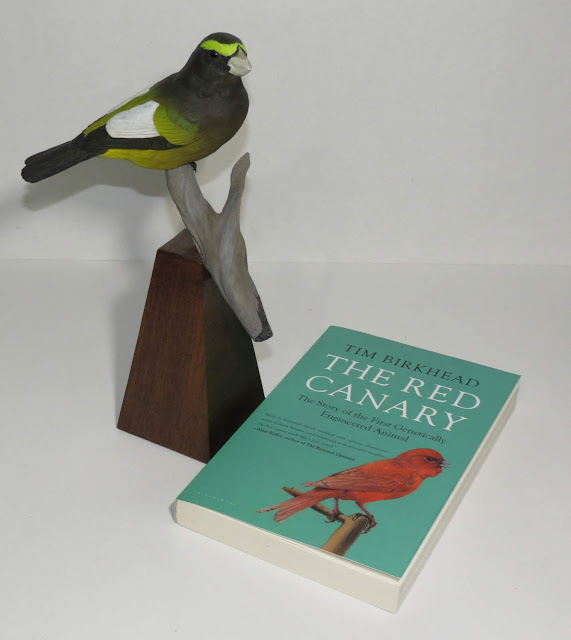 Another fine work by Tim Birkhead in which he dons his deerstalker hat to play detective in a work that delves into the field of genetics and eugenics and illustrates the inter-relationship between nature and nurture, a field hotly debated in recent years. His pursuit of the truth leads him to probe the use of eugenics as a basis for racial purity and the dark uses to which this was put in Nazi Germany. The hero of the piece, Hans Duncker, had a darker side, perhaps unknown to any extent before Birkhead's scholarship revealed the details.               And all this in the quest to breed a red canary!
Birkhead also comments on the relationship between ornithologists and bird fanciers, and explores how the long held hostility between the two groups is both unnecessary and limiting to scientific research.

Popular science at its very best - a perfect blend of exactness and superb entertainment.   Mark Cocker

The Invention of Nature by Andrea Wulf, Vintage Books (2016) 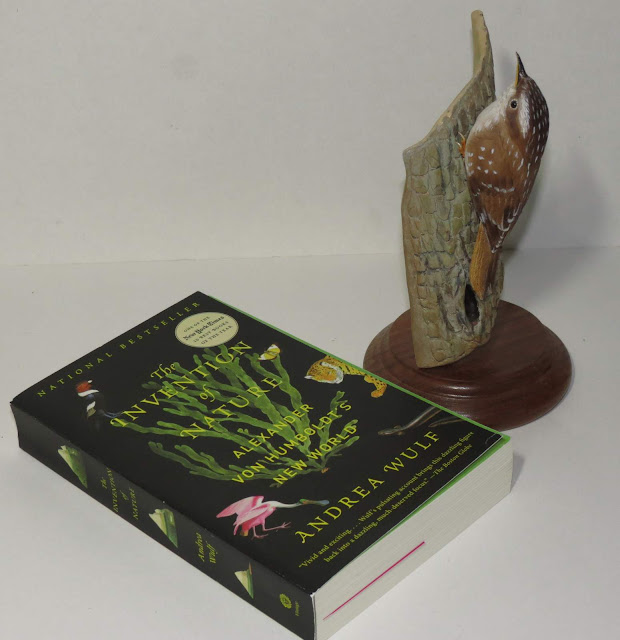 Alexander von Humboldt was arguably one of the most famous scientists of his day and without doubt the most adventuresome explorer, going where few people had been before, fearlessly and without regard for personal comfort and security. Many of Humboldt's discoveries changed the way we understand the natural world and his legacy lives on in the many towns, parks, the ocean current, birds, etc. that bear his name.
I had the finest pelagic birding adventure of my life in the Humboldt Current off the coast of Chile and marveled at the antics of a Humboldt Penguin. The name Humboldt piqued my curiosity, for I knew little of the man behind the name, and this detailed and superbly written account of this great naturalist and larger-than-life figure fills in every detail. I am left breathless at the energy and drive of the legendary explorer.
Andrea Wulf deserves great praise for this stunning work.

Gripping...Wulf has delved deep into her hero's life and travelled widely to feel nature as he felt it...No one who reads this brilliant book is likely to forget Humboldt.  New Scientist

A big, magnificent, adventurous book - so vividly written and daringly researched - a geographical pilgrimage and an intellectual epic... a major achievement.  Richard Holmes 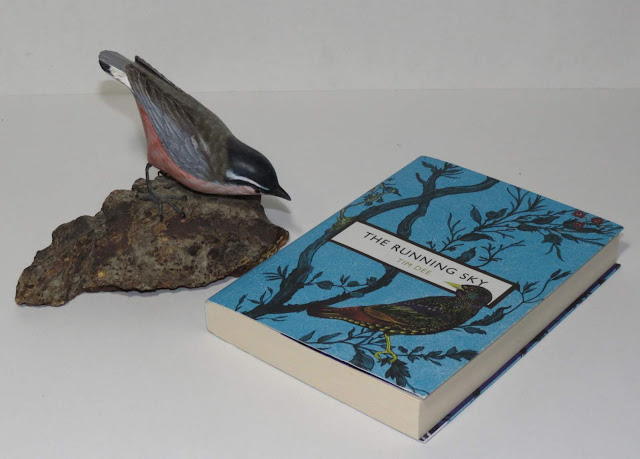 I was unfamiliar with Tim Dee until a recent visit to Australia when my friend and fellow bibliophile, Stewart Monckton, presented me with a copy.
Yet again, Dee demonstrates that serious scientific issues can be presented in a non-threatening way, free from intimidating jargon, and written in soaring poetic fashion. Simply to appreciate the use of language is reason enough to read this book. And the degree of scholarship is astounding.
The book is a month by month account of the lives of birds and begins in June at a seabird colony in the Shetlands. It continues its exploration of birds both familiar and exotic, in locations close to home and in far flung corners of the globe. Throughout the work Dee's passion is evident and the extent to which influences from his sometimes troubled childhood have shaped his life's work is explored in the book.

The Running Sky has the makings of a classic. It's beautifully written, extraordinarily vigilant, and very moving. Most remarkable of all, it mamanges to give a sense of the bird world as being something which embraces and contains our own - which mean that, as we read it, we learn a lot about ourselves as well as the fellow creatures flying through, over and around our own lives.  Andrew Morton