Tuesday Rambles with David - A Wood Duck for Francine

Franc and Carol are still in Europe enjoying their extended vacation, and Mary was under the weather, so just five of our usual group of eight took part in this week's outing.
We started the day at the DesJardins Canal in Dundas, where a group of Black-crowned Night Herons (Nycticorax nycticorax) greeted us - two adults and two juveniles in the same tree. 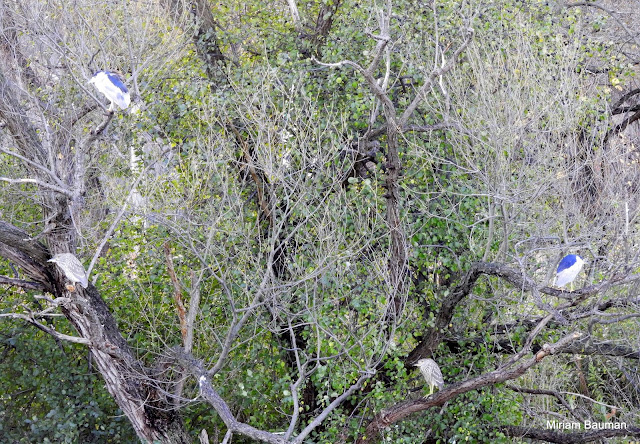 By rough calculation I have been visiting this location for about forty years and in the fall it has consistently remained the most reliable spot I know of to find Black-crowned Night Herons. It was especially rewarding to see adults and juveniles together. 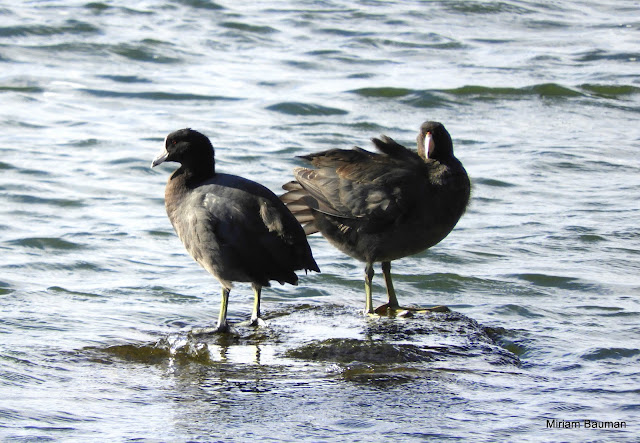 Over many years, it has not been unusual for a male Wood Duck to become attached to a flock of Mallards, sometimes even pairing off with a female of that species, so I was keeping my eyes open for the possibility.
It was not long before I spotted what I was looking for and I was able to point Francine in the direction of the duck of her dreams. To say that she ecstatic would be a bit of an understatement, and I think she spent about twenty minutes taking pictures. It truly is about as gorgeous a duck as one might imagine, perhaps surpassed only by Mandarin (Aix galericulata), and this male was in pristine plumage with barely a worn feather to impair his splendour. 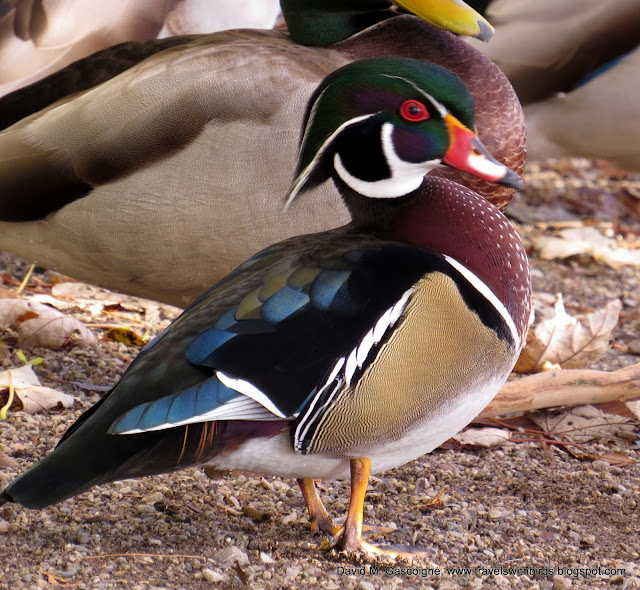 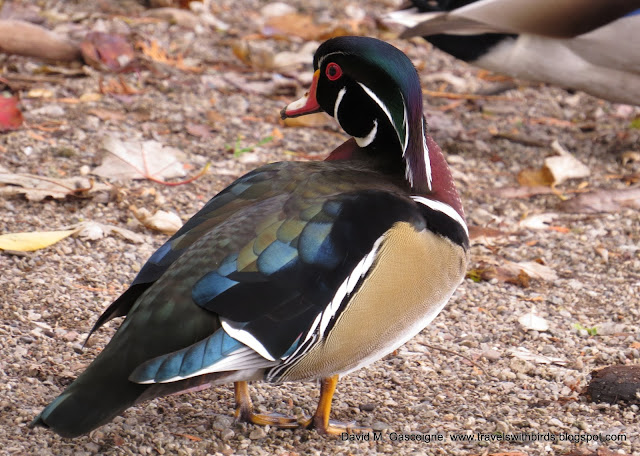 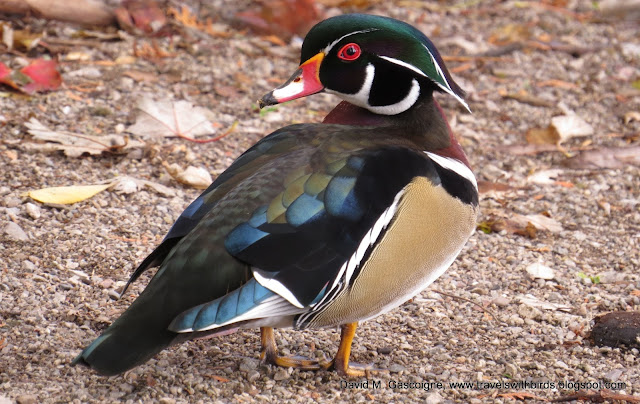 I am sure he had no idea the happiness he had brought that day to a woman from Kitchener who will treasure his image forever!

Our third stop for the day was at Paletta Park in Burlington. The last time we visited this location there was a great movement of warblers, vireos, thrushes and other passerines and Franc's camera was getting red hot with his staccato fire shooting. Today we were hard pressed to find a bird.

We had planned to end our day at Paletta Park, but we were ahead of schedule given the paucity of birds there, so we decided to press on to Bronte Harbour.
American Herring Gulls (Larus smithsonianus) are starting take take up residence for the winter and this individual was perched in the harbour, which is rapidly emptying of boats as their owners lift their craft out of the water and into storage in contemplation of freeze up. 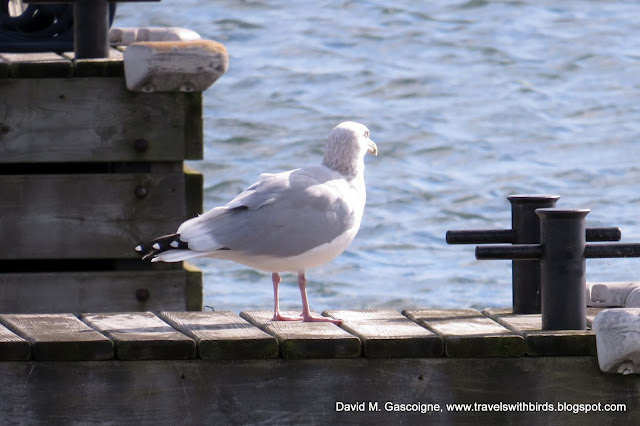 If there is one species that is guaranteed at Bronte it is Mute Swan (Cygnus olor). At times the harbour and breakwater seem to be a veritable gathering place for this species and the number of individuals approaches a hundred. 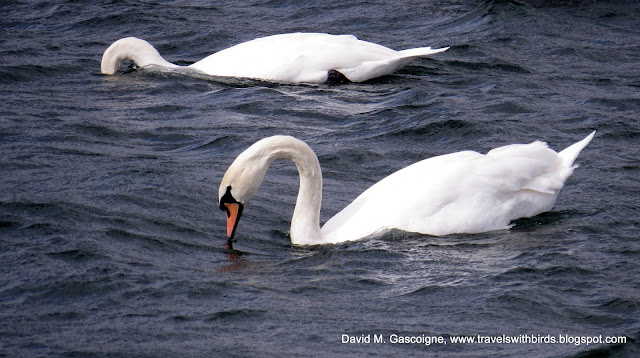 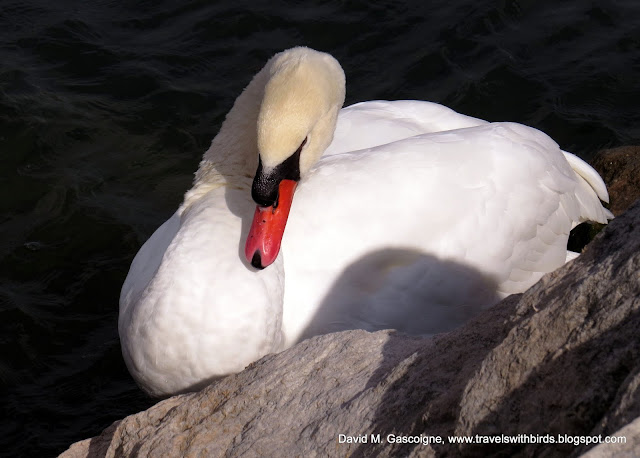 From spring through early fall there are literally thousands of Double-crested Cormorants (Phalacrocorax auritus) in this vicinity; most have now left, but a few hardy individuals remain, and in recent years a few even tough out the winter here. 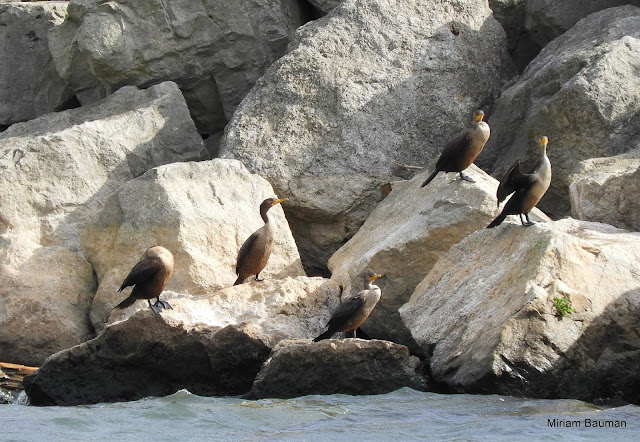 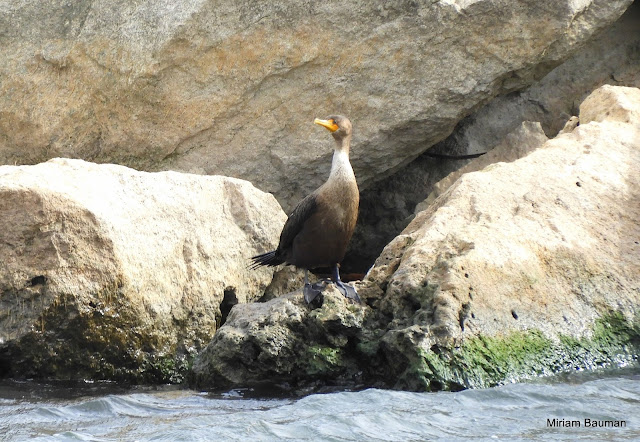 The variety of species was not as extensive as we might have wished for, but it was an agreeable excursion on a fine fall day, albeit a little windy; and the look on Francine's face as she rhapsodized over the Wood Duck made it all worth while.
Posted by David M. Gascoigne, at 05:45 29 comments:

Miriam and I have just returned from a fabulous trip to Slovenia and Croatia and we are still getting over our jet lag. We have thousands of pictures to sort through and edit, so it will be a while before a full report of our trip is up on the blog. In the meantime, I was back at our normal routine of bird banding at SpruceHaven this morning.
It was good to see everyone, with our regular crew of Kevin Grundy, Heather Polan, Daina Anderson, Judy Wyatt and Debbie Hernandez out to help. Heather and Daina were both kept busy banding, while Kevin exercised his usual professional level of supervision, and shared his expertise gained over many years with the young up and comers.

It is amazing the quality that can be produced on these state-of-the-art mobile devices. 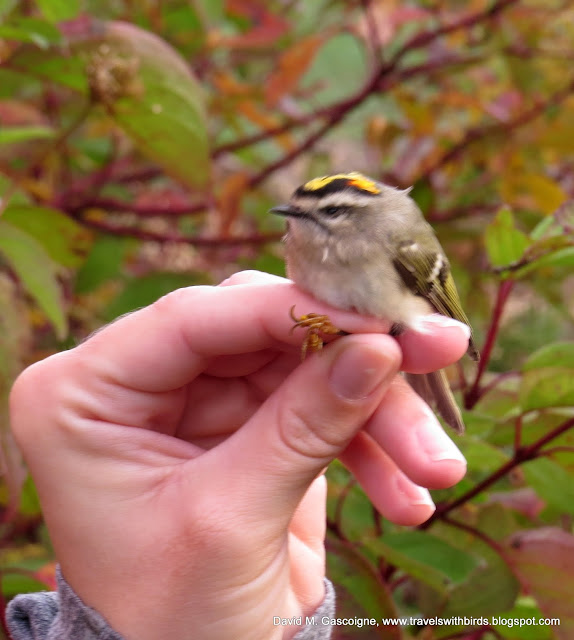 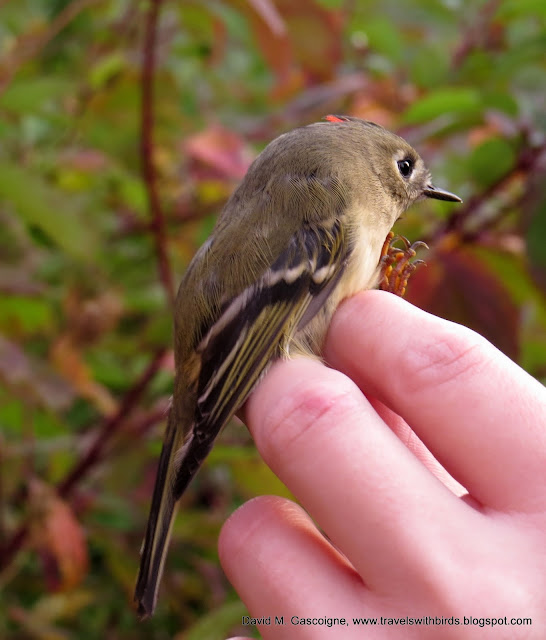 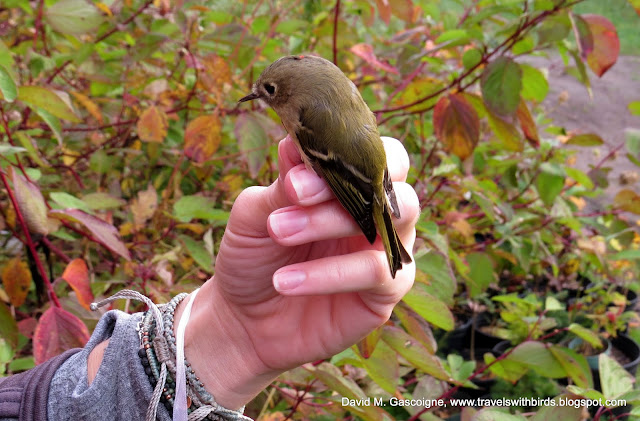 It looks as though Heather is adding to her wrist adornments!

The most common species of the morning was Dark-eyed Junco (Junco hyemalis) of the slate-coloured form, recently arrived to take up residence here for the winter. 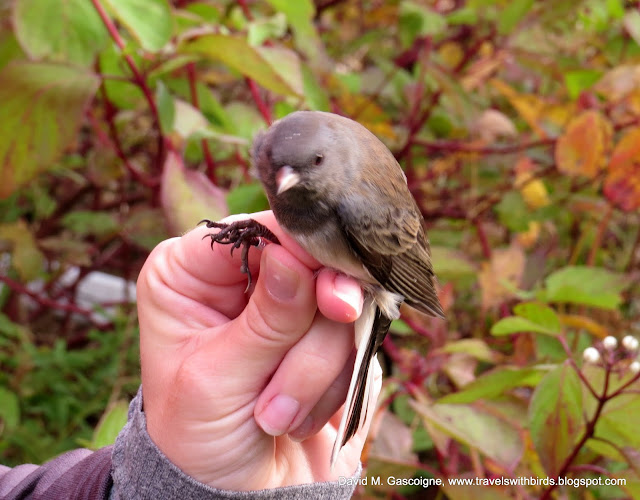 Heather had to depart early today to attend a significant family event, and Daina left off banding for a while to take over as scribe. 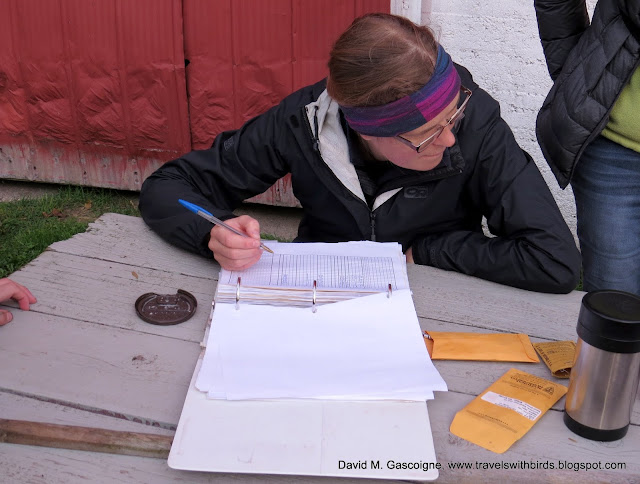 Judy handled the clerical duties for a while too, as far as I can recall the first time she has done so, but I neglected to take a picture of her busy at work.
It was a great morning to be banding, with slowly warming temperatures, although we never did have bright sunshine. What a pleasure to see everyone out, filled with enthusiasm for the task at hand. It reminded me that however agreeable the travels, it's always good to be back home.