We have a small rodent, some kind of Microtus vole I suspect, living in a burrow beneath the snow directly below one of our bird feeders. It emerges for the briefest of forays to snag some of the seed knocked down by the birds, but is back in its hole in a flash. I doubt whether the period of exposure exceeds three seconds and we have not been able to get a photograph that is anything other than a dark blob on the snow.
While attempting a shot this morning we turned our attention to the American Goldfinches Spinus tristis which are the most frequent visitors to our feeders, and the following detail was revealed on the photographs. 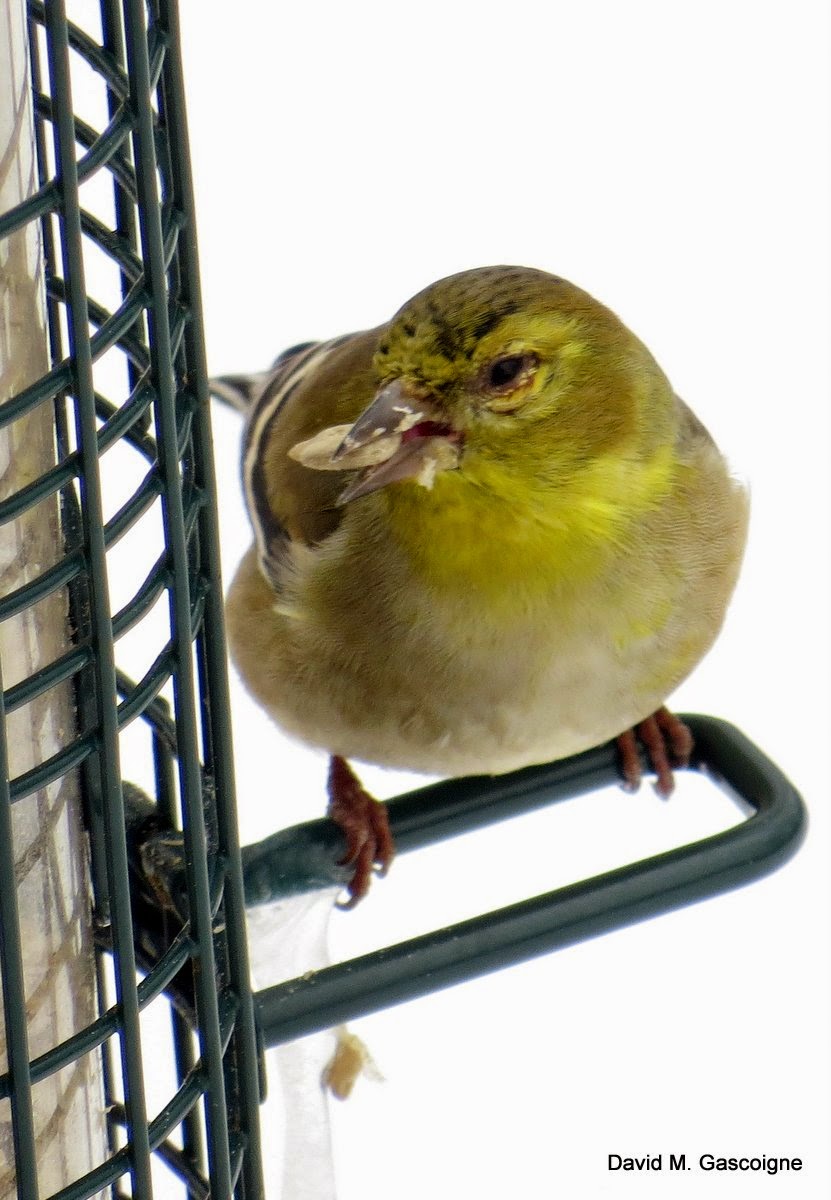 Those little black smudges on the head of the bird are an unmistakable sign of a male American Goldfinch starting to moult into breeding plumage - an absolutely guaranteed sign that the spring courtship season is not far behind.
In recent days we have shovelled about 30 cm of snow from out driveway and sidewalk, and another 20 cm or so is forecast for tomorrow into Monday. So these portents of milder weather to come are welcome indeed. 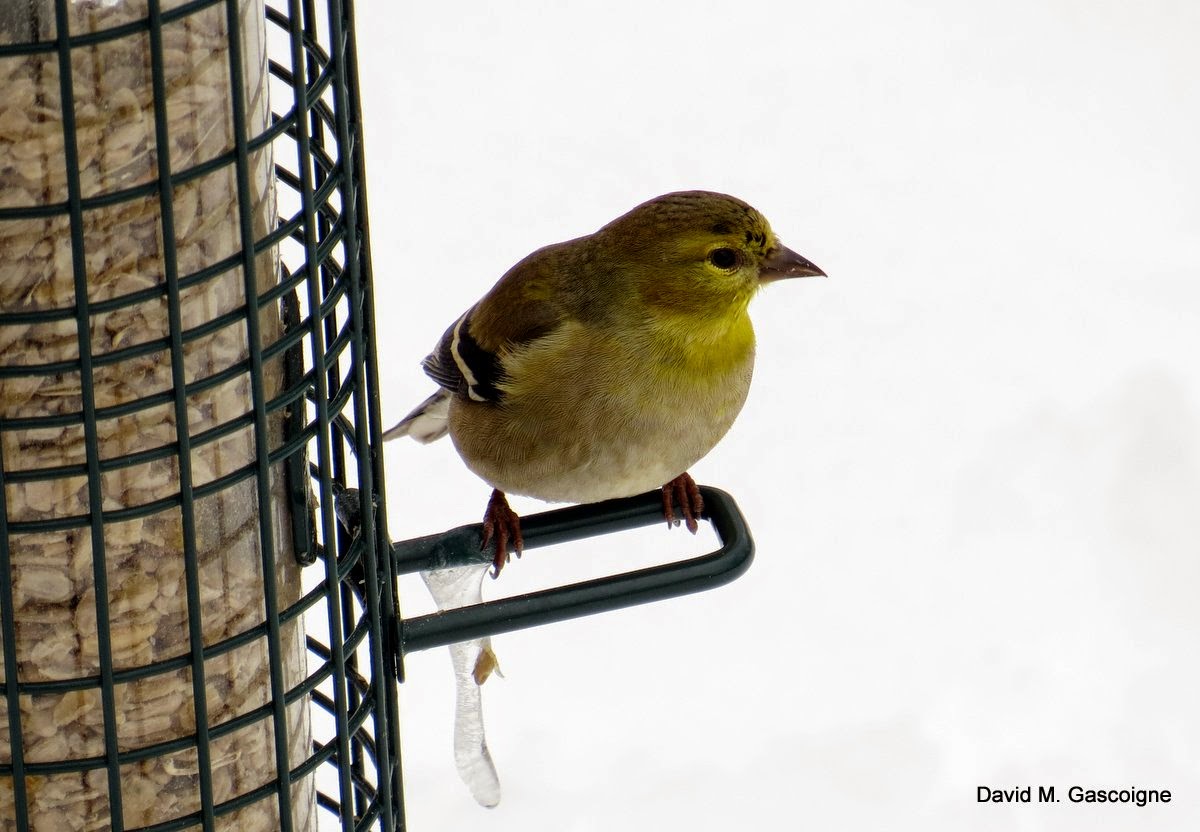 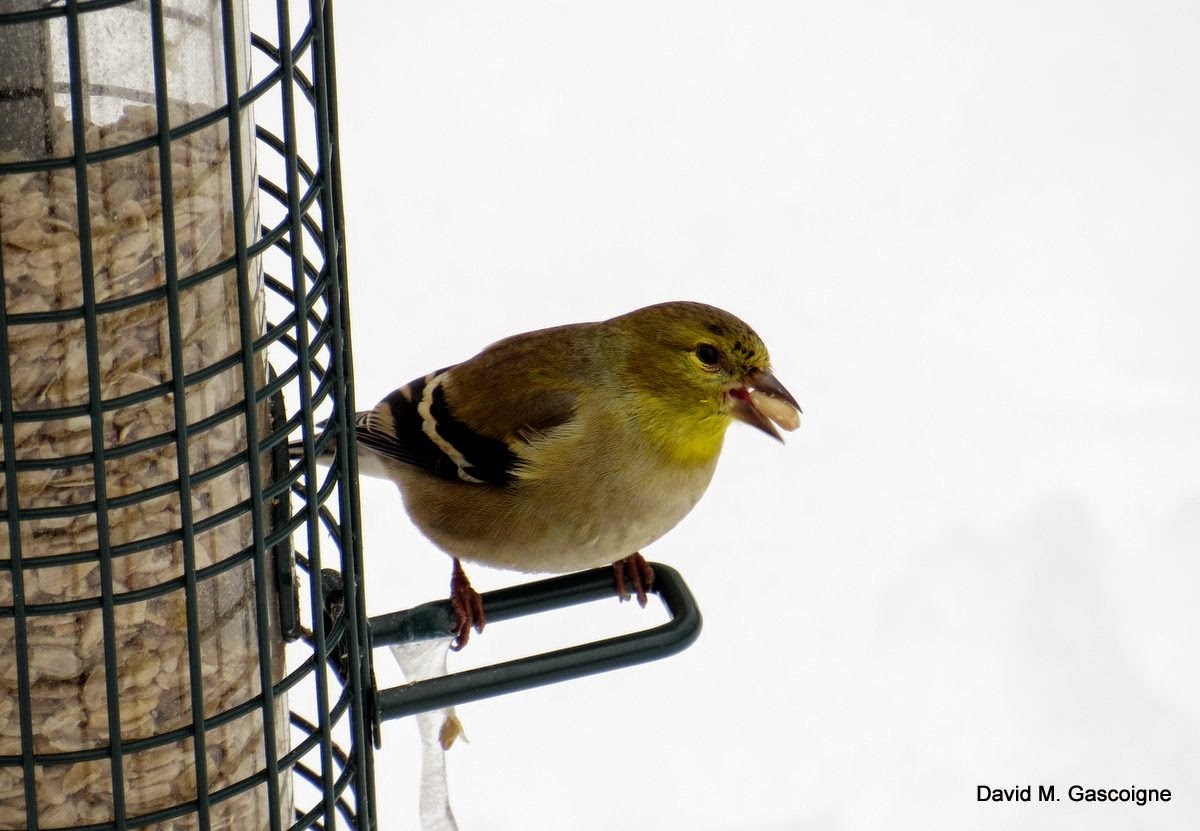 Thanks to the rodent for popping up onto the snow, otherwise we probably would not have bothered to shoot this familiar bird of whom we have hundreds of pictures already!
Posted by David M. Gascoigne, at 10:44