Leap Year! A day that occurs only once every four years, and I spent part of this special day with an exceptional group of people.
By way of background, Waterloo Region Nature (hereafter WRN) Teens came into existence as a group just last year. Marg Paré who had been involved for several years with WRN Kids felt the need for an organized group for youngsters who exceeded the age cutoff for the young children, and thus, WRN Teens was born. From its embryonic stage it has been a resounding success, now having matured to about twenty members, due entirely to the hard work and dedication of Marg and Linda Dutka, and the eager participation of these outstanding young people. The encouragement and support they receive from their parents should be the standard for good parenting.

Ella, Nicole and Megan got to work right away and displayed an impressive level of adroitness around tools that are probably unfamiliar to them. 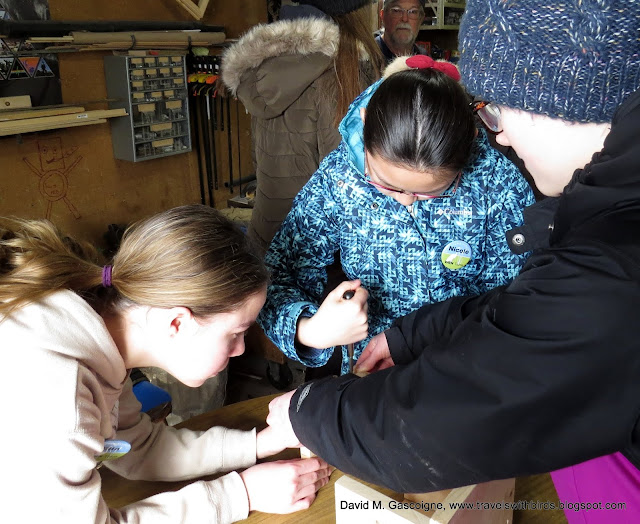 Each person cooperates and has a share in the various operations needed to bring the nest box to completion.
At the other end of the room, Eric, Jonah and Owen are busy assembling the bluebird box that will hopefully house a family in just a few weeks. 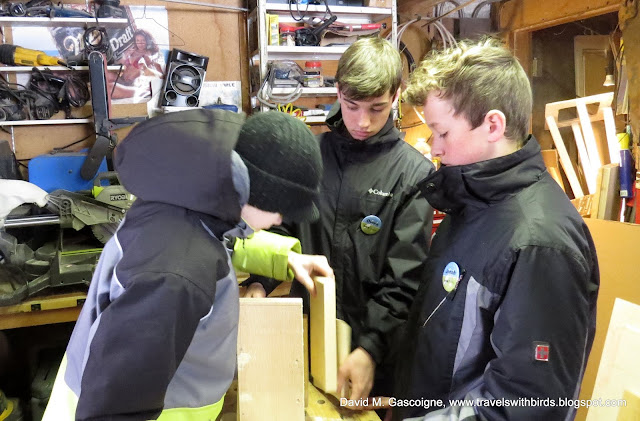 Meanwhile, the all-girl team was hard at work and doing everything just right. Their level of confidence was impressive. 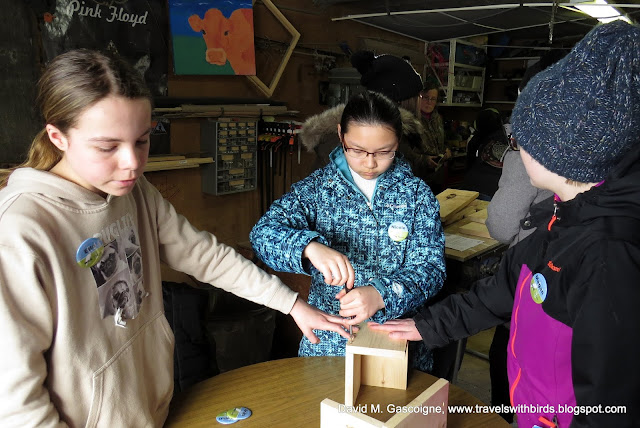 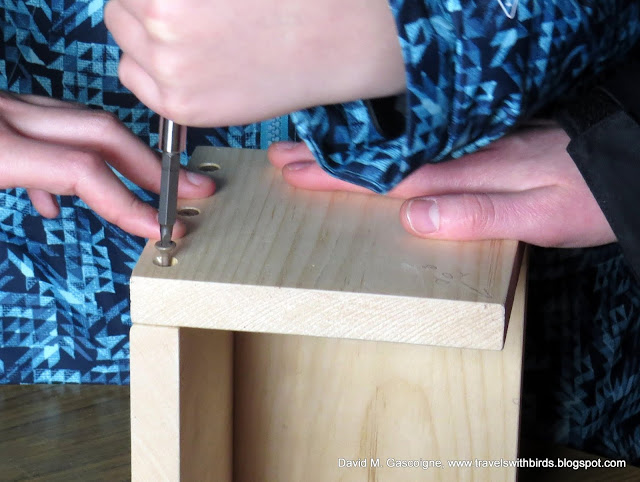 The largest nest box was for a Northern Flicker (Colaptes auratus) and concentration was needed. As you may see, Paula and Bennett are focused on the task at hand. 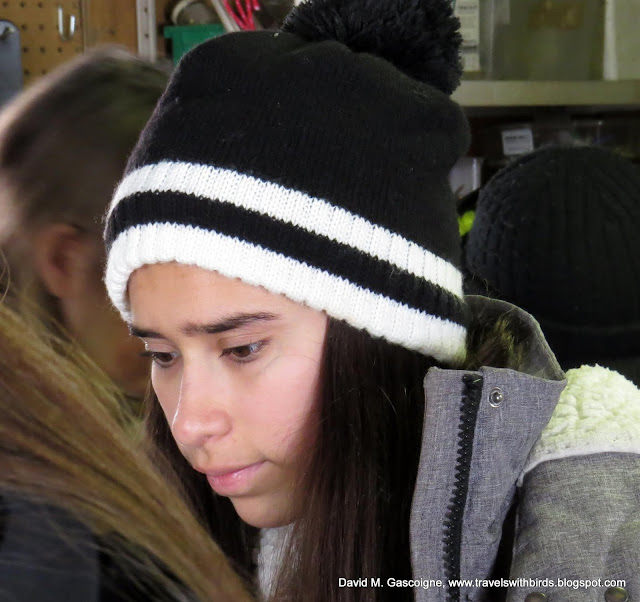 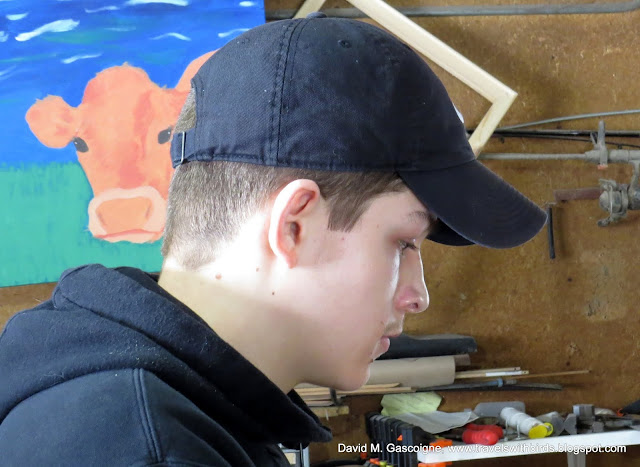 Everything is going according to plan. The boards are lined up; it all fits together.  Better not let your attention wander, however. 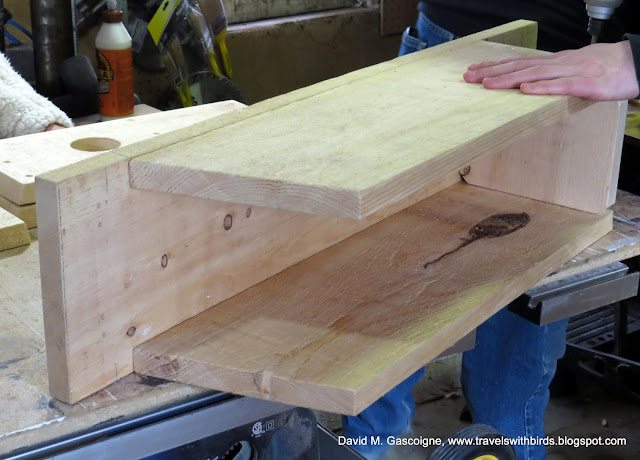 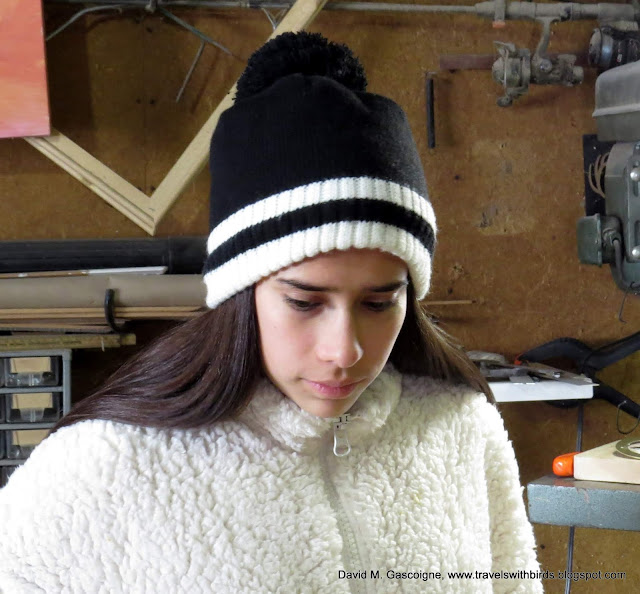 Mike was constantly moving from group to group, offering words of encouragement and guidance where needed. It was a joy to watch the interaction between an experienced woodworker and a cadre of enthusiastic acolytes.

Looks like this team is well satisfied with their finished product. 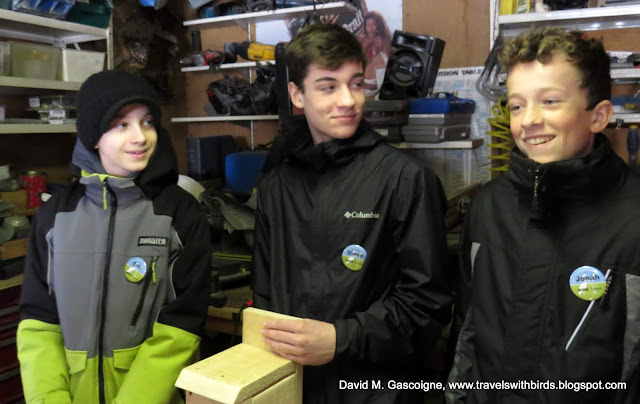 The others were equally proud to show off the results of the afternoon's work. You already met Paula and Bennett; that's Cora in the centre. 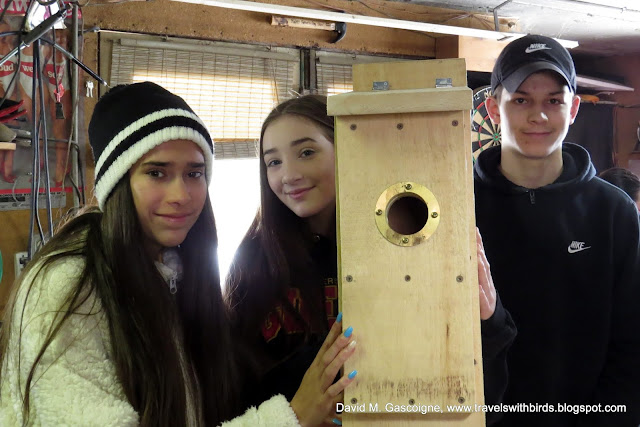 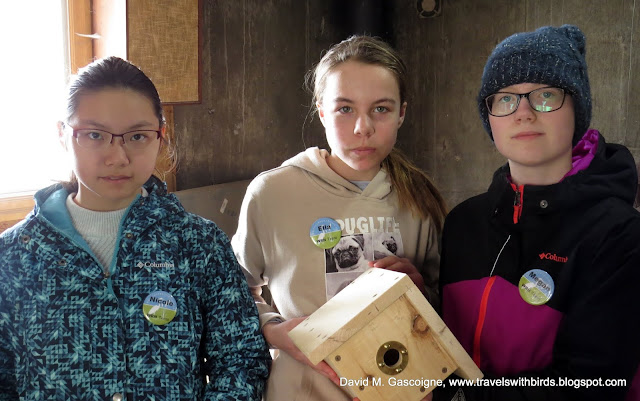 A group shot seemed to be just the token needed to memorialize this noteworthy activity. 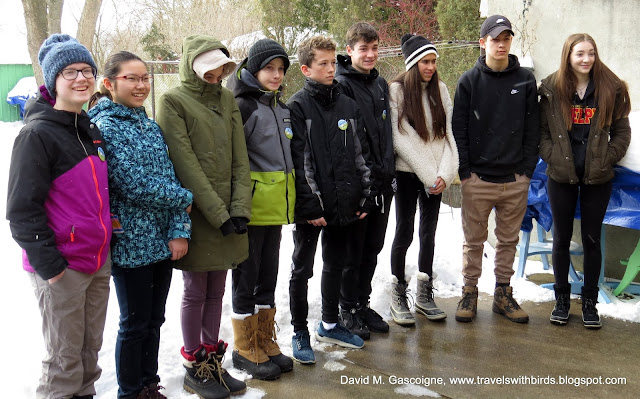 I had to leave after the nest building operation but Anita and Mike invited everyone into their home where Anita showed the Teens her skull collection, and served them hot chocolate and sweet treats too. Marg and Linda sent me a few pictures. 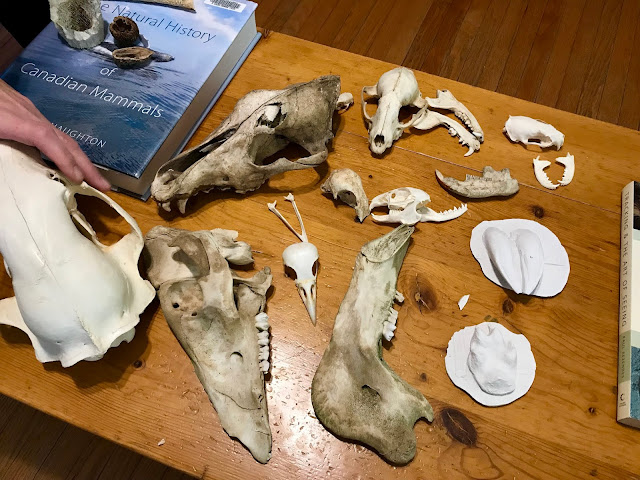 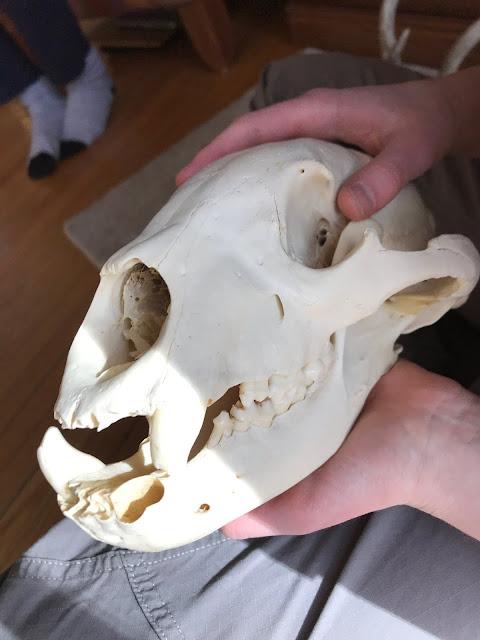 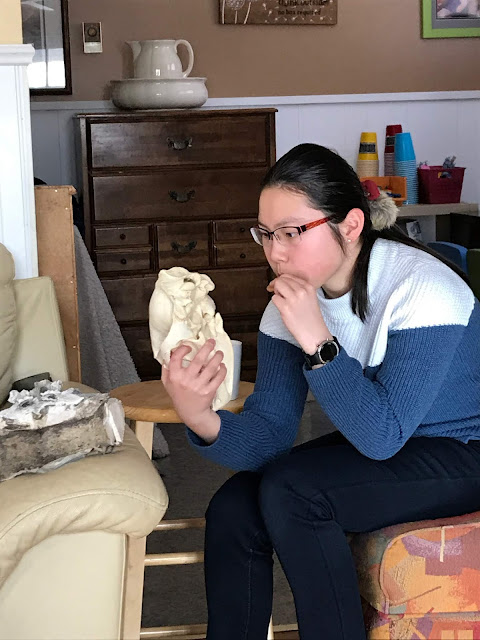 And afterwards, the indefatigable Anita took them out for a winter-tracking session. 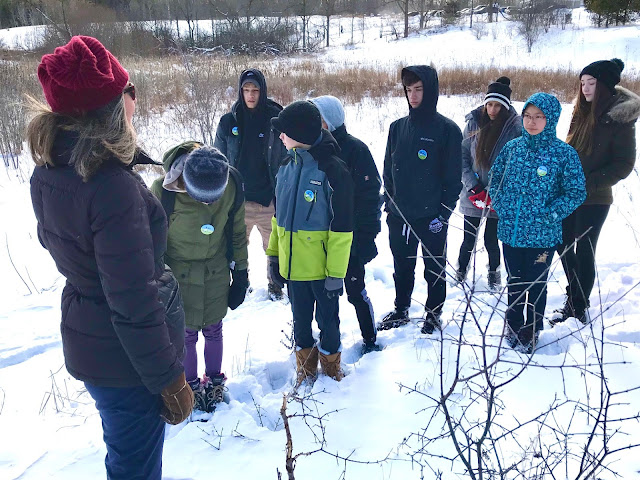 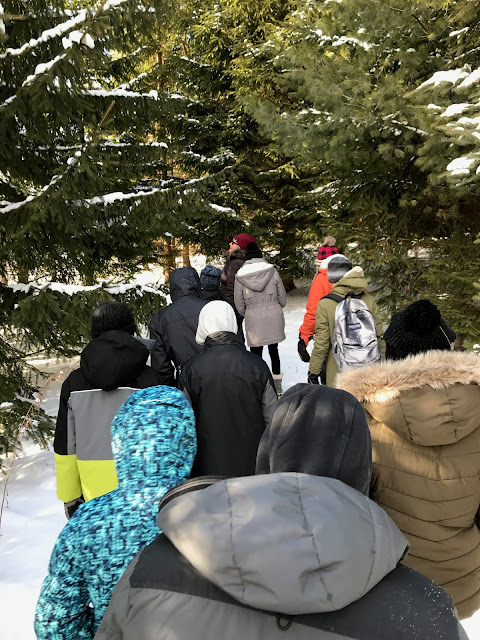 I would be remiss if I did not conclude this account without uttering resounding kudos to the Teens, polite, disciplined, intelligent youth; they give me hope for the future.
And I take my hat off to Marg, Linda, Mike and Anita. Their commitment and dedication is inspirational. Furthermore their transparent joy in contributing to the future of our youth in this way is palpable.
Mere words fail to express my deep appreciation of their selflessness. They are my heroes.
And one last word, Anita makes sourdough bread, and Mike mentioned that he has some excellent Tequila. Hmmm. Maybe better bar the doors if you don't want me easing my way back in! Sounds too good to pass up, doesn't it?
Posted by David M. Gascoigne, at 11:35