One of the authors comments at the very beginning, "I cannot fathom nature any more.....the longer you are in the game, the more you realize how little you understand." How many of us would freely admit to such humility? Count me among that number for sure.
Yet this monumental work, bringing together a combined experience of more than forty years of mycological study, clarifies so much as to be staggering in its scope. "Monumental" has become a bit of an overworked term in recent years, but when applied to Fungi of Temperate Europe it is richly justified. 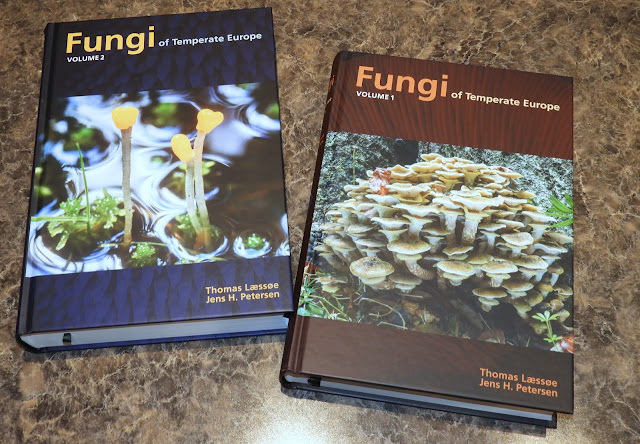 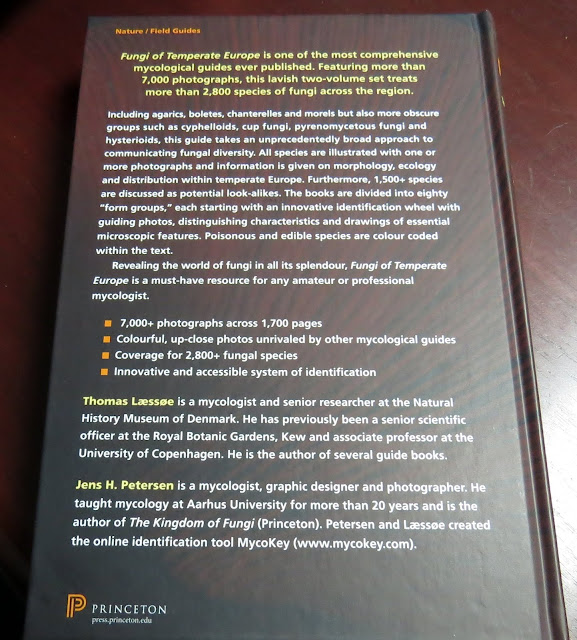 Furthermore, while the focus of the work is Euro-centric there is an enormous amount of knowledge to be extrapolated to fungi the world over. No one with even a moderate interest in mycology should dismiss this work on the basis of not being European. The authors, Thomas Laessøe and Jens H. Petersen are European by birth, and probably by choice, but their knowledge is universal.
More than 2,850 species from about 1,000 genera are discussed in this book, all of which are accompanied by at least one photograph. As the authors point out much splitting is being done due to DNA-sequencing, as indeed is happening with most organisms.  Doubtless there are already new species that have been identified as a result of molecular analysis.
A good deal of information is provided at the beginning of volume one covering all the essential components of the fungal kingdom and their role in the ecosystems in which they are found, their nutrition, their vital function in decomposition, their biogeography and habits - and so forth. The first forty-four pages are key to a basic appreciation of fungi, and a thorough understanding of them will equip you with the knowledge you need to proceed further.
One of the incredibly useful tools, found on page 25 is a colour key, so that descriptions of mushrooms from one person to another are uniform and based on standard values. Instead of one person assigning a term like "buffy," or "rusty," or "chestnut," based on the way his or her eyes perceive it, reference to the colour chart will enable standard descriptive nomenclature to be used. Buff will be buff, cinnamon-buff will be different, but both colours will be the same for everyone. 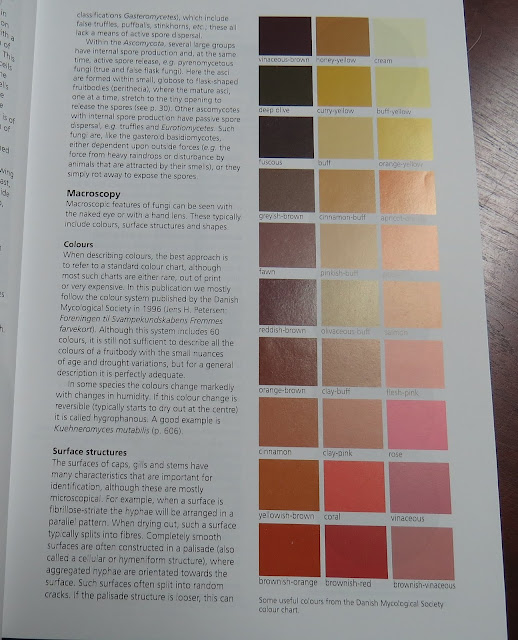 The essential key to these volumes is the use of an innovative technique called a fungal wheel. By checking a mushroom against various characters in the wheel, identification can be narrowed down quickly and often clinched in a short time - and with confidence. Throughout the two volumes, fungi are assembled in form groups, so that morphologically similar fungi are arranged together. In a commendably pragmatic way the wheels have been structured so that if you are looking at the wheel that covers one group you will find cross references to other groups, so that you do not have to be an expert in systematics to make the linkage. I have practiced using the wheel and in a very short time it becomes intuitive. 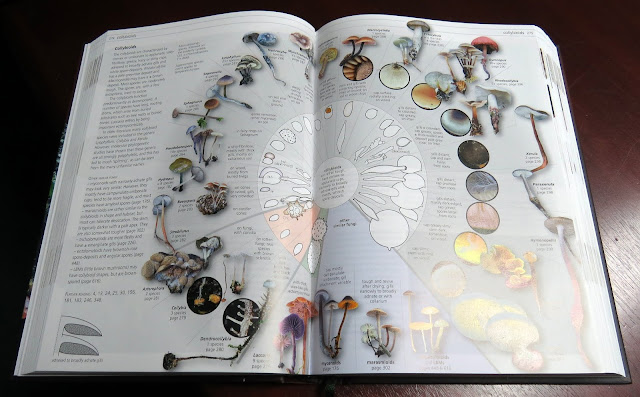 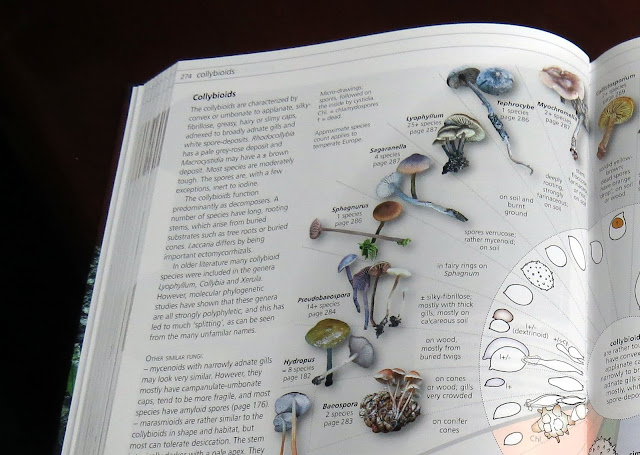 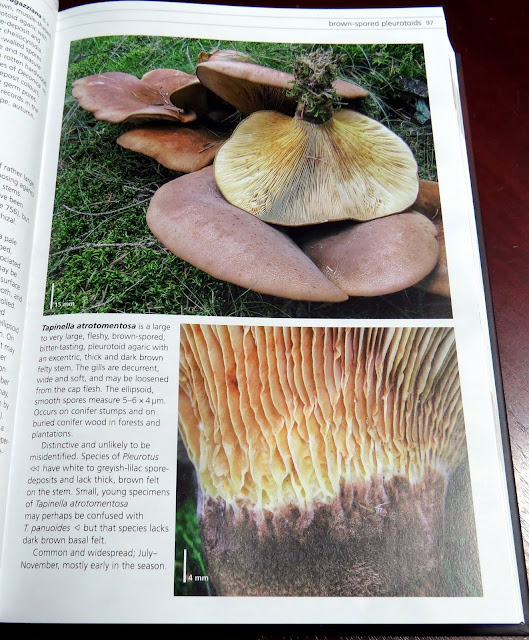 Poisonous and edible mushrooms are identified throughout the books.
Every single page of this work is illustrated, beautifully and comprehensively. It is a tour de force from start to finish. You will appreciate its completeness, its scholarship page by page. Whether you are an expert mycologist or a rank amateur interested in learning more, you will benefit from a close study of its contents.
I cannot recommend it too highly.