A Brief Stop at LaSalle Park and Marina, Burlington, ON

November and the first half of December are the busiest periods of the year for Miriam's ETSY business. Due to rotating strike action by the employees of Canada Post Corporation she has been batching shipments and delivering them to a company that makes daily forays across the border to have mail shipped by USPS. This necessitates a trip to Burlington, ON, the nearest drop off point for us.
We made the trip yesterday and took a thermos of coffee and a couple of muffins with us, and we enjoyed our mid morning break at LaSalle Park and Marina. We made just a twenty minute stop but we did a cursory check of the birds closest to shore.
As might be expected Trumpeter Swans (Cygnus buccinator) have begun taking up residence for the winter and we saw about twenty of them. 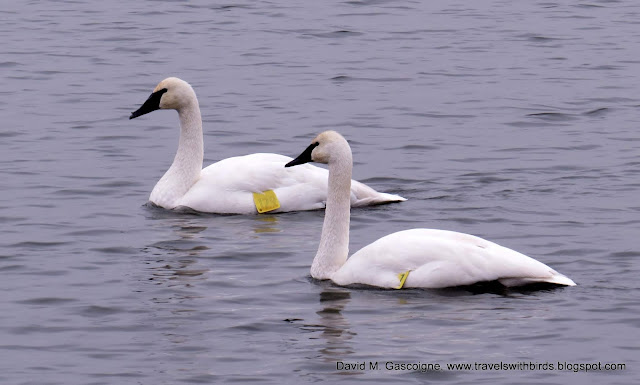 By the end of the year we can reasonably expect this number to swell to a couple of hundred.
Ring-billed Gull (Larus delawarensis) was the most common larid, but American Herring Gulls (Larus smithsonianus) are moving in too. Here is a group of Ring-bills loafing on the pier with an adult Herring Gull preening in the background. 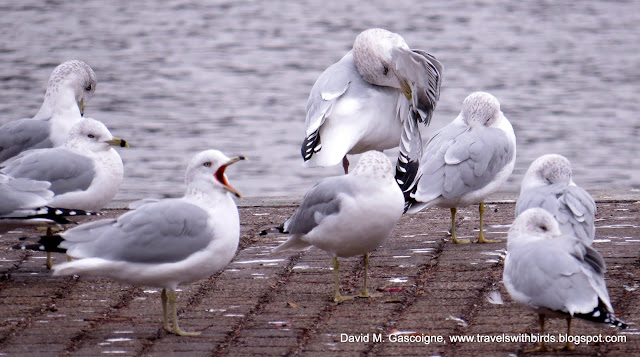 This immature Herring Gull seemed content to keep his distance from the others. 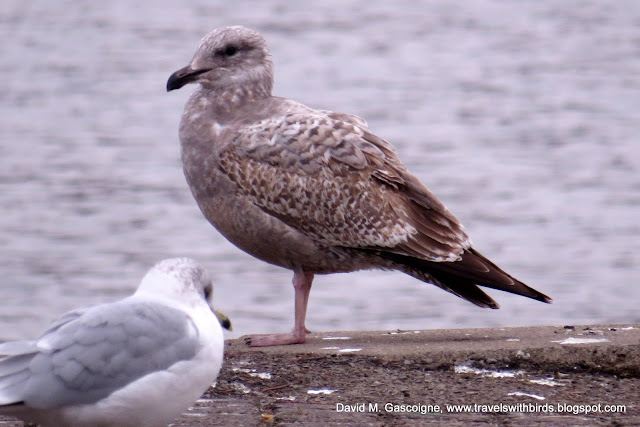 There were several small groups of Common Goldeneyes (Bucephala clangula) and their numbers will increase exponentially over the next few weeks. 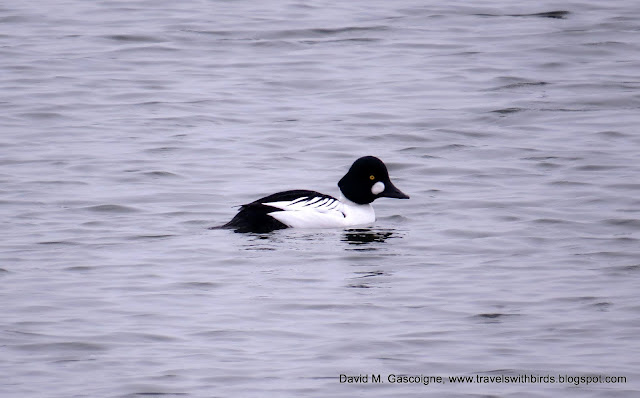 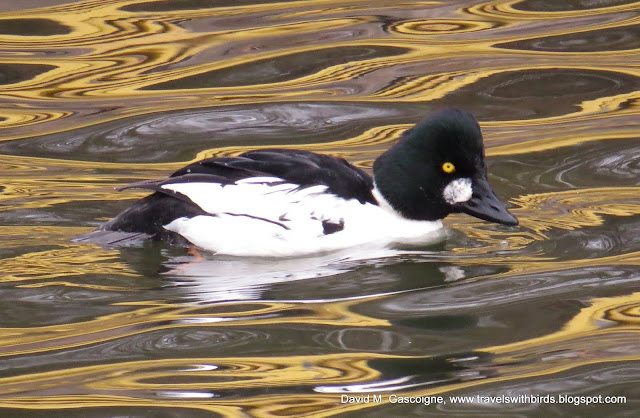 White-winged Scoters (Melanitta deglandi) have arrived, but still in small numbers and mostly beyond photographic range. 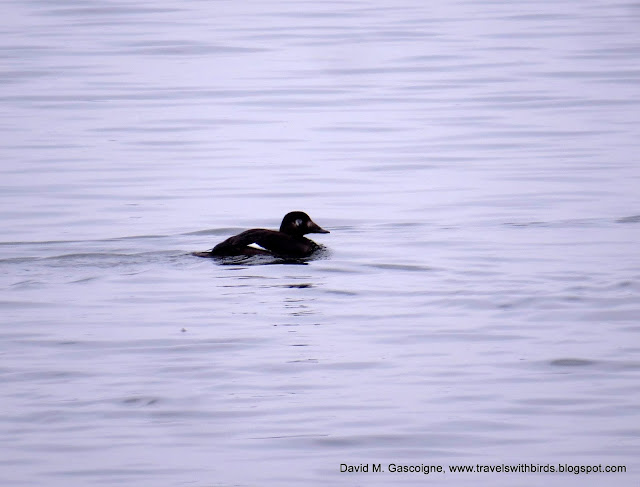 Perhaps the most interesting sighting of all was what appears to be a leucistic Mallard (Anas platyrynchos), a phenomenon I have seen before - but seldom. 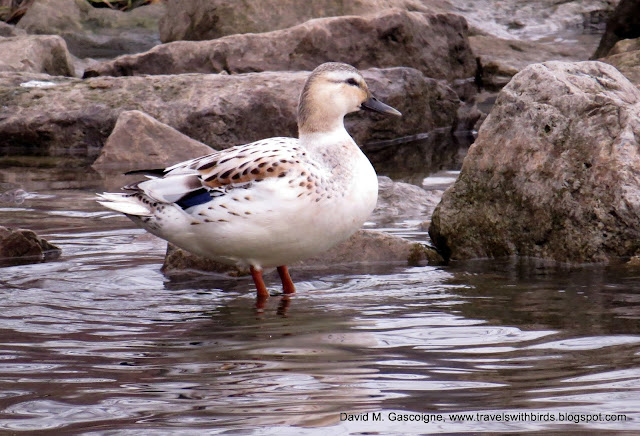 No doubt we will be back down there on Monday so we will see what might have changed over the weekend. LaSalle always has the potential for surprises.
Posted by David M. Gascoigne, at 16:48