As mentioned in an earlier post we have witnessed a juvenile cowbird being fed by a surrogate Chipping Sparrow Spizella passerina parent four years in a row in our backyard.
Today, Miriam took these charming pictures of this juvenile bird, which has truly inherited the art of begging for food, for it cheeps loudly and flutters its wings the moment its unwitting parent comes anywhere near it. 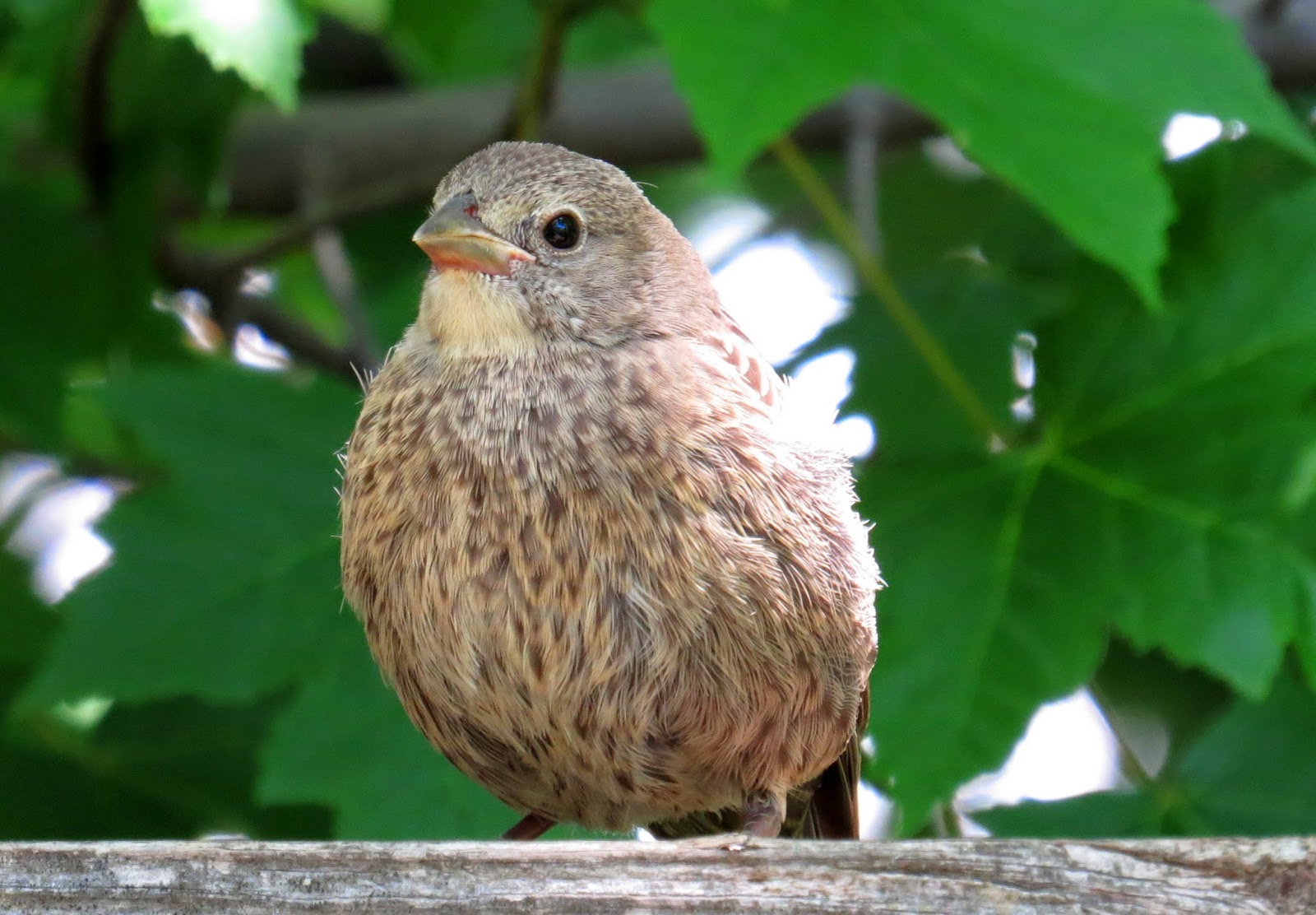 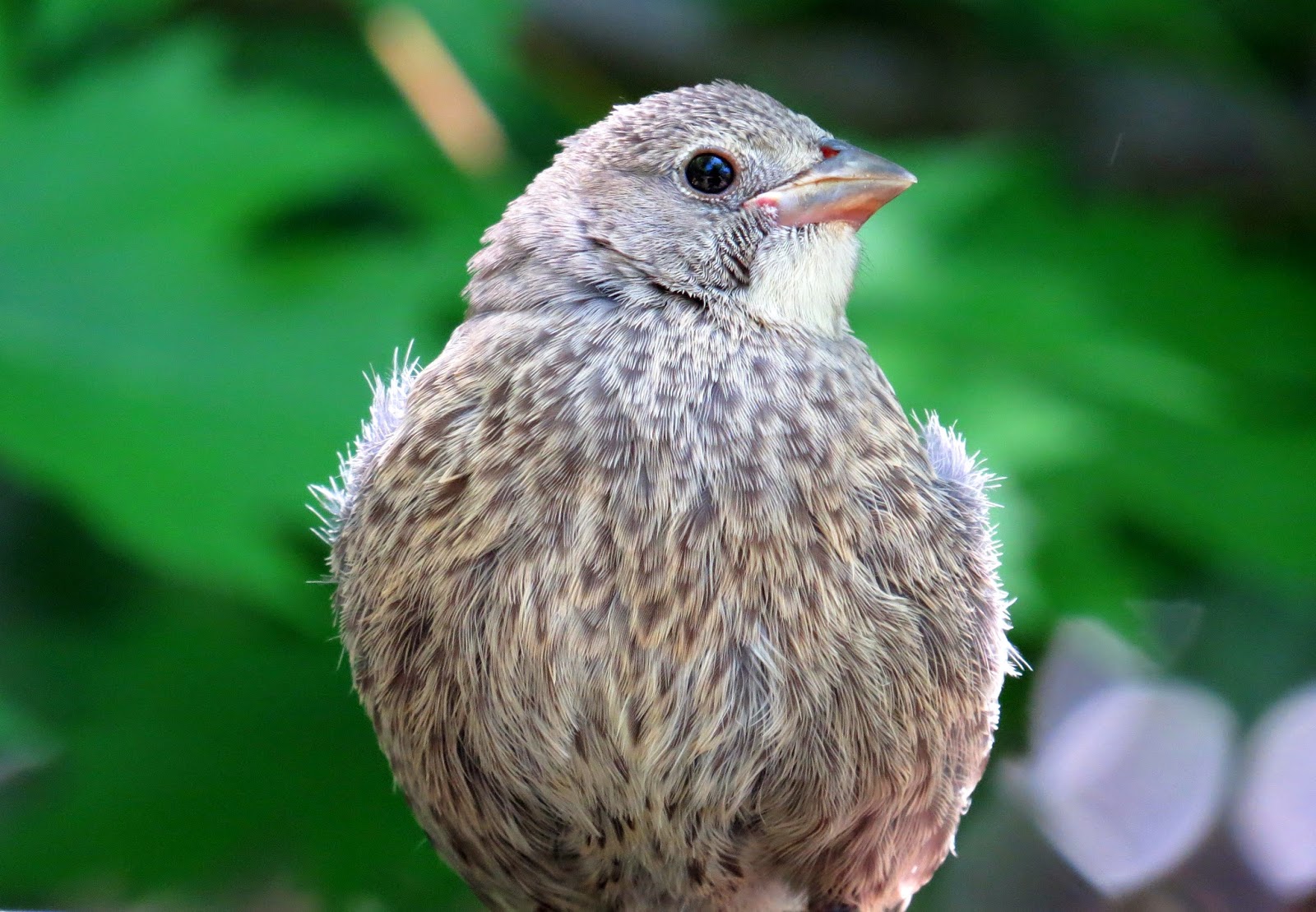 Miriam and I both observed the young cowbird being also fed by a Song Sparrow Melospiza melodia, and there is ample evidence in the literature of young birds being fed by species other than their parents and it is thought that they simply respond to the solicitation behaviour of the young bird, which they are apparently unable to resist.
But this evening while enjoying dinner on the patio we actually saw two juvenile Brown-headed Cowbirds, one being fed by a Chipping Sparrow and one by a Song Sparrow. Not only do we have the incredible good fortune to have one example of brood parasitism right before our eyes, we now have two. So far we have been unable to capture the Song Sparrow with its begging youngster on camera, but we will keep trying. 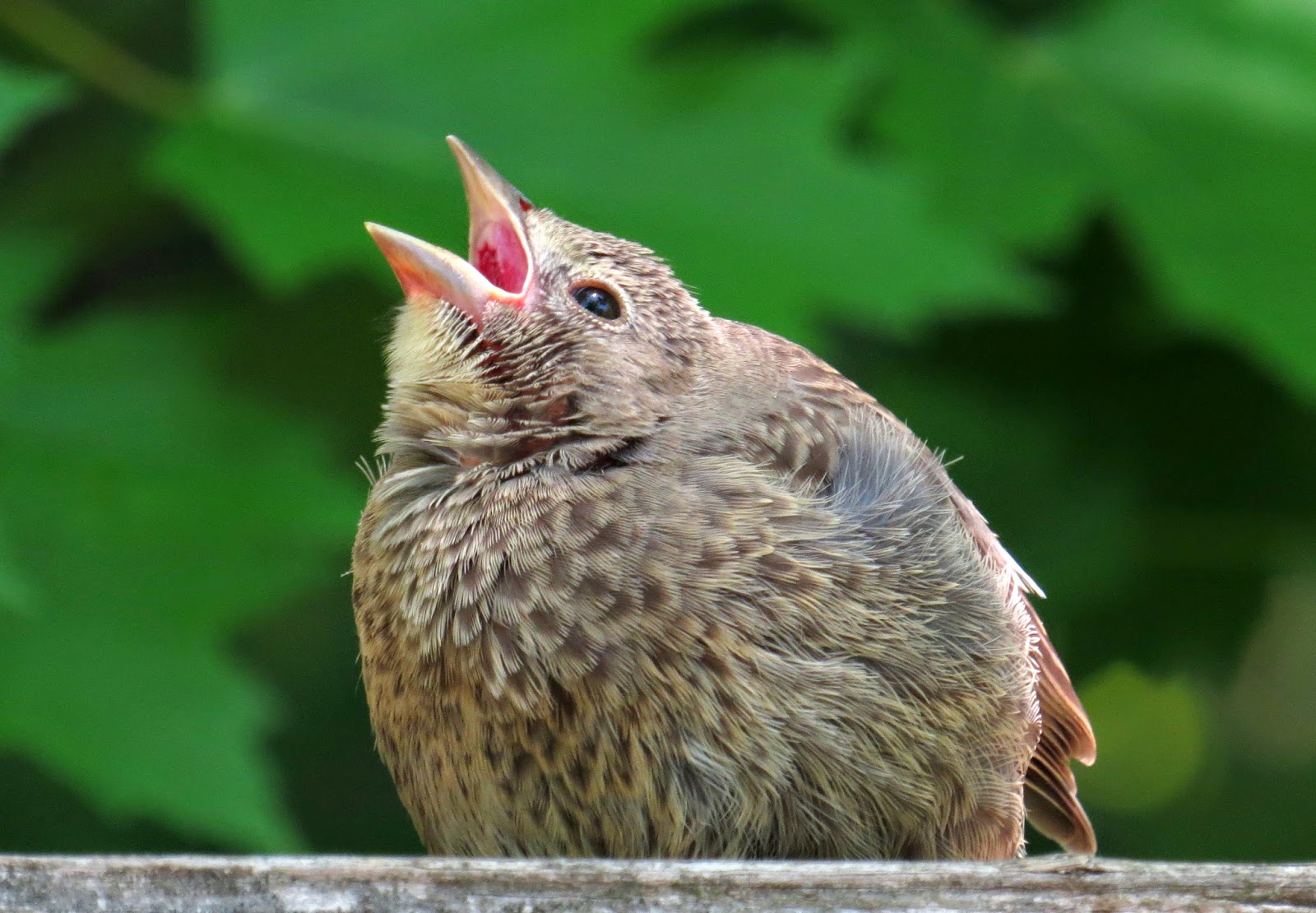 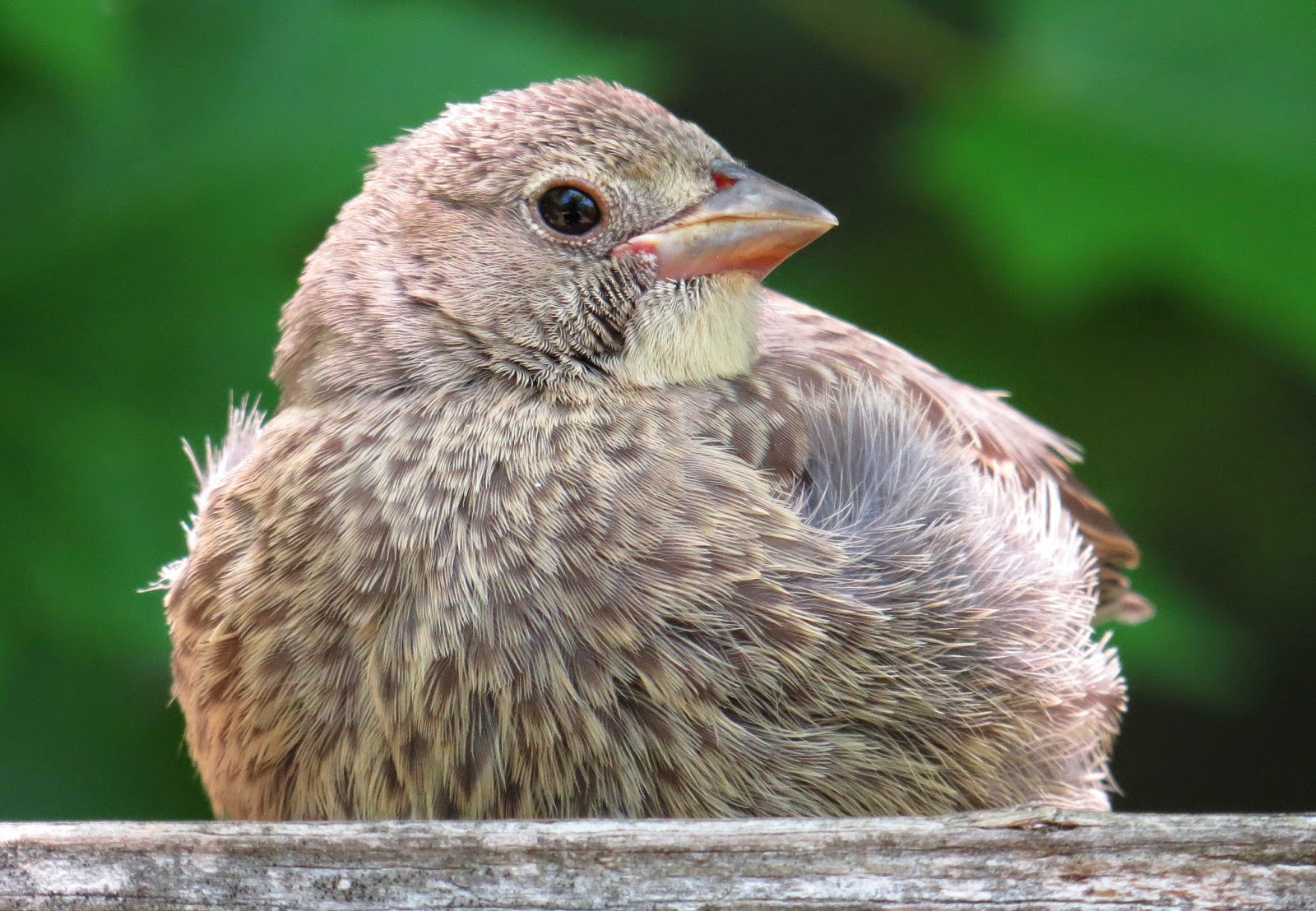 Some years ago we naturalized our backyard, taking out all the grass, planting native species of trees and plants, including milkweed for the Monarch butterflies, and we are inclined to believe that this contributes towards the diversity of bird life and other life forms we see on a regular basis.
This is the third host species we have now seen feeding Brown-headed Cowbird offspring and we consider ourselves very fortunate indeed. I realize that brood parasitism may pose a threat to certain endangered species, but for us, being able to witness these events is just another window into the wonderful world of nature writ large.
Posted by David M. Gascoigne, at 20:32