We drove to Ottawa on Friday 7 December to spend the weekend with my daughter, Caroline, son-in-law, Andrew, grandson, Will and other grandson, Sam, who has now moved out of the family home but who would be visiting with his girlfriend, Melanie, to have dinner with us on Saturday night.
We had a perfect drive up to the Nation's Capital, experiencing only a brief delay on the final leg of the journey due to a vehicle collision on the highway. Even that incident cost us only about twenty minutes.
Caroline prepared a great dinner and we were happy to catch up on each other's lives.
We awoke on Saturday morning to a classic Ottawa winter weekend, with the early morning temperature registering minus 20°C, with bright sunshine and barely any wind. By mid morning we decided to take the dog (Nallah) for a romp through the woods near to Caroline and Andrew's house in the eastern suburb of Orléans. It was very pleasant indeed and I am not sure who enjoyed it more, us or the dog!

Mackenzie King was a great lover of nature and the outdoors and spent every summer for almost fifty years on his 231 hectare estate in Gatineau. Upon his death the property was bequeathed to the people of Canada to be enjoyed by them for all time.
It is a magnificent location with topography characteristic of both the Canadian Shield and the Boreal Forest, a landscape somehow imprinted into the psyche of every Canadian. In many ways it identifies who we are as a northern people. 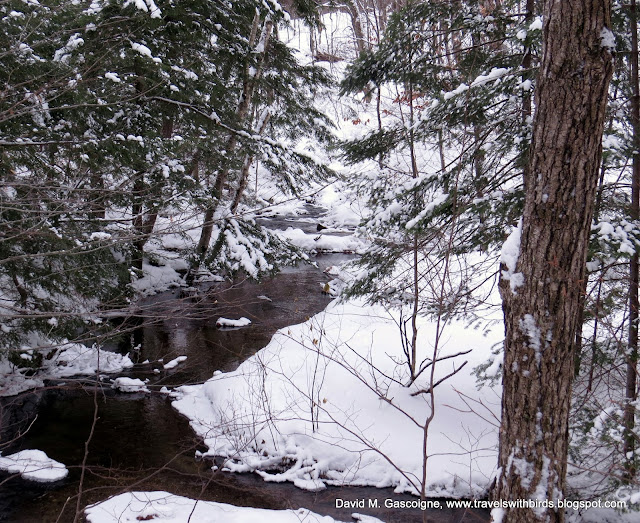 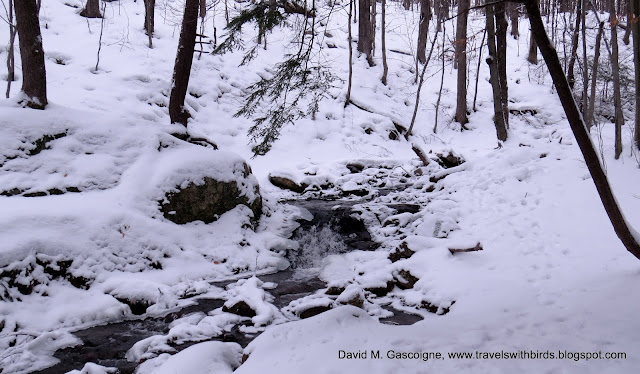 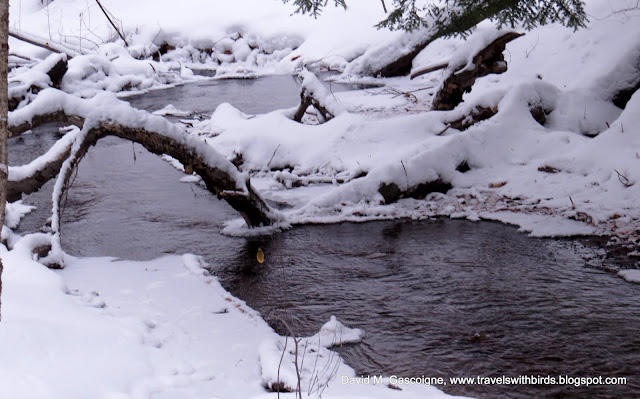 Walking through the woods on a crisp winter day in La Belle Province, one cannot help but call to mind that great Québec poet, publisher and songwriter, Gilles Vigneault, who wrote "Mon pays ce n'est pas un pays, c'est l'hiver," a song which has become a sort of unofficial anthem in Québec.
For a while I lived in Québec City, Caroline was born there and Sam is now living in Gatineau. We all cherish our association with this beautiful land.
There is much to learn about the Mackenzie King Estate; buildings have been restored and history abounds. What is the story behind the ruins of this abbey? 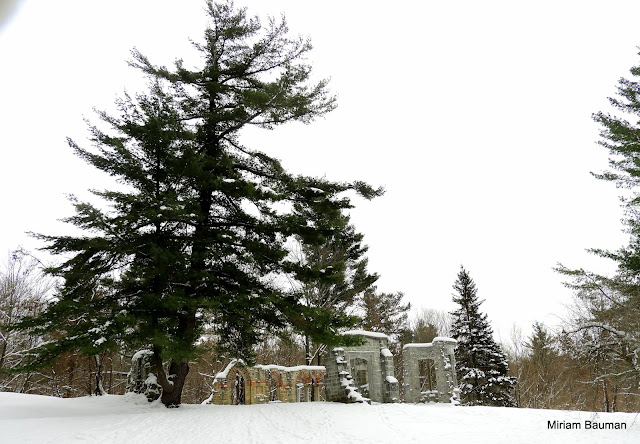 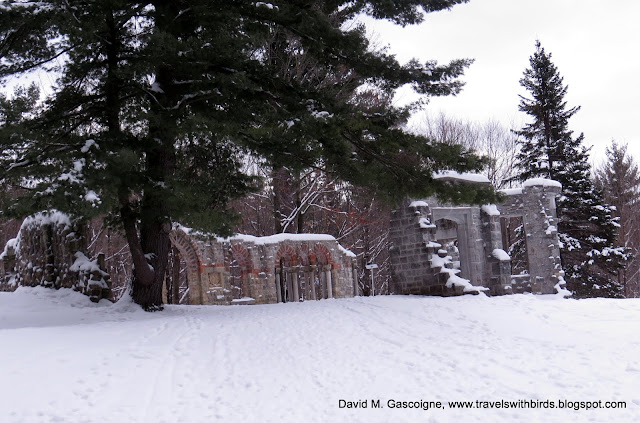 I had neither the time nor the inclination to find out, only wishing to embrace the outdoors, but I vow that I will, and much more too. We live in Waterloo, Ontario and our city has a connection to Mackenzie King, for it is here that one may visit his boyhood home.
The woods were quiet as we explored their snowy solitude with barely the sound of a bird, sometimes the crunch of our boots in the snow being the only intrusion on the silence of the deep woods. 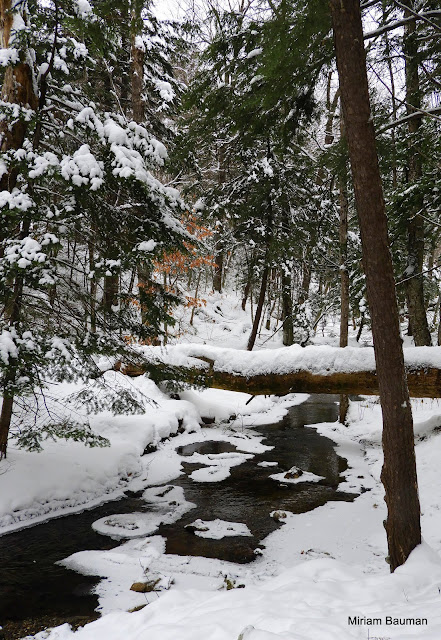 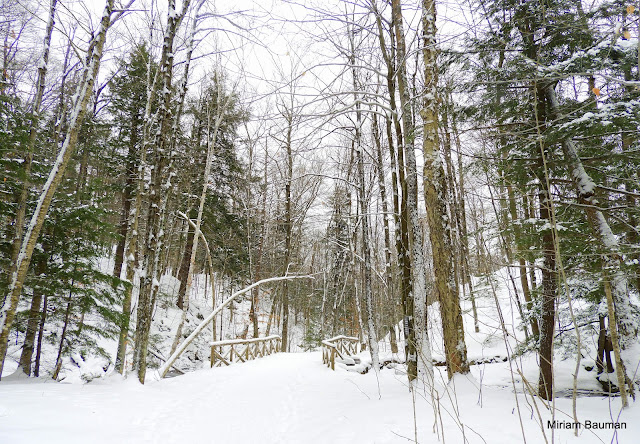 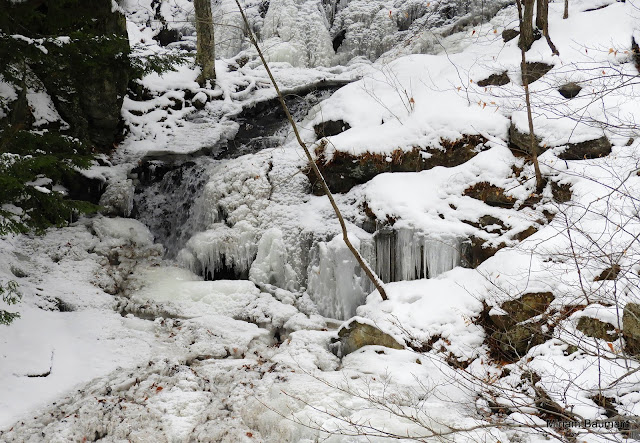 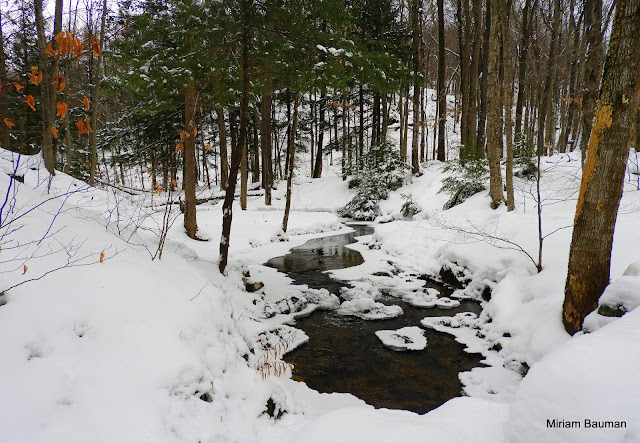 The few leaves remaining on the trees, especially the golden foliage of the beech, were the only reminders of the riot of autumnal leaves so recently fallen to the ground and now buried deep beneath the snow. 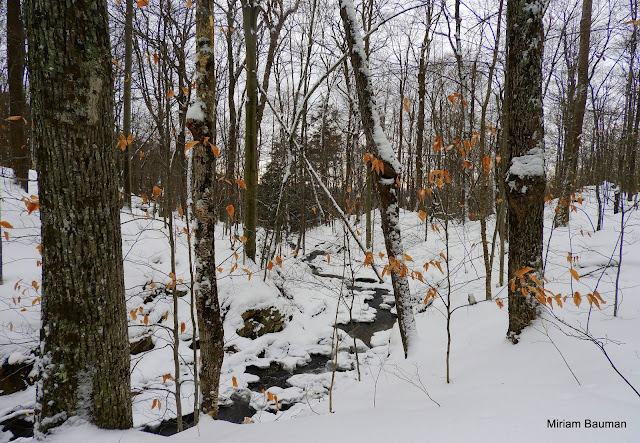 The deep croak of a Northern Raven (Corvus corax) caused up to look up as it coursed over the treetops.

As Andrew and I dawdled along behind, Caroline suddenly spotted an Ermine (Mustela erminea), but it darted away, and even though we could follow it, we were never able to get a picture, so I am relying on the internet to provide you with images of this delightful creature. 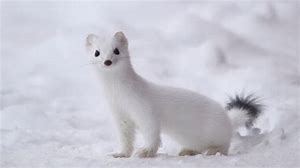 It is a fierce and proficient hunter and when we last caught sight of it had a rodent of some kind in its mouth. 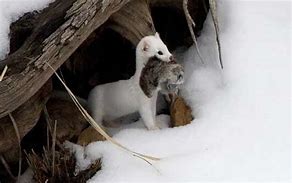 In former times these animals were trapped mercilessly for their fur which was used to trim the capes of the European aristocracy and its religious élite.
The chatter of Black-capped Chickadees (Poecile atricapillus) suddenly attracted our attention as we searched in vain for the Ermine which had removed itself from the scene. 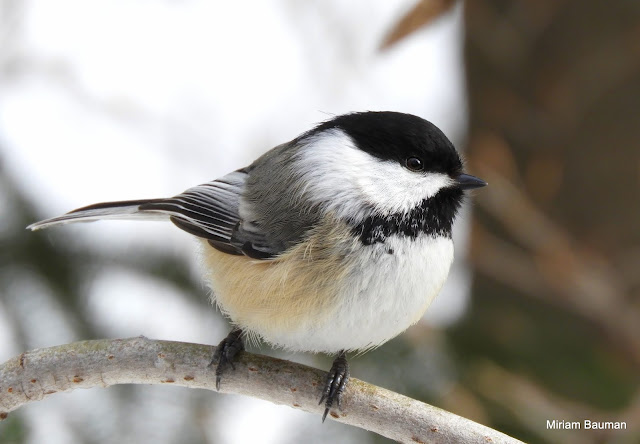 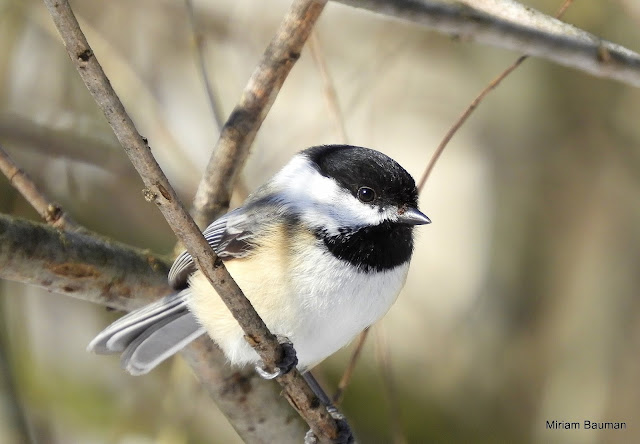 These little charmers are the familiar companions of winter and survive even the harshest of conditions. It always brings great pleasure to enjoy their company.
This outcrop of granite was barely visible beneath its coat of snow. 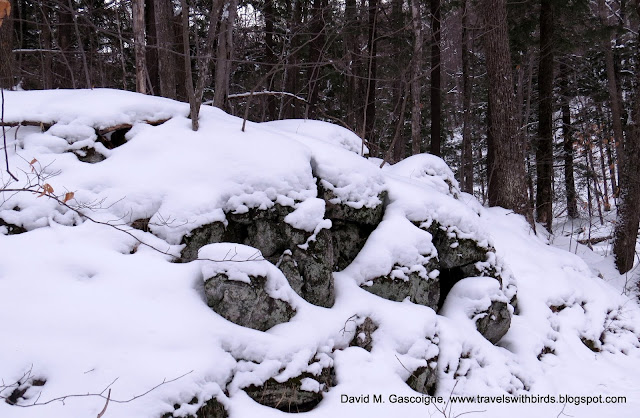 The splendour of the forest was visible at very turn. 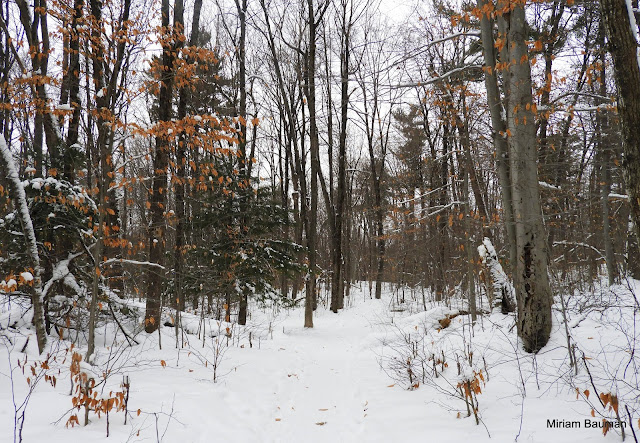 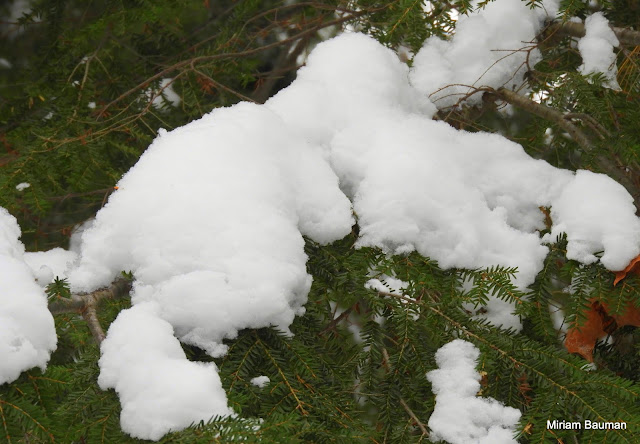 Andrew stopped and kneeled down to get the best possible angle for a photograph. Caroline was no doubt offering words of encouragement. 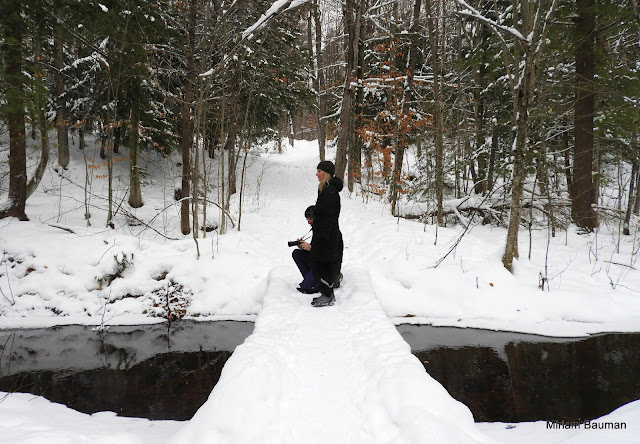 Nearing the end of the trail we heard the nasal call of a White-breasted Nuthatch (Sitta carolinensis) and it did not take long to find a bird. (Pictures from our archives). 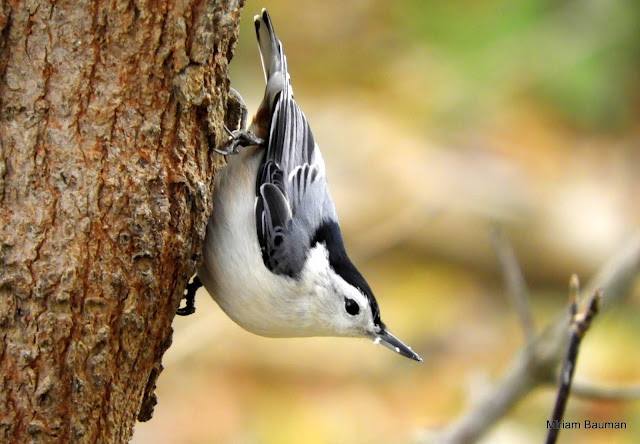 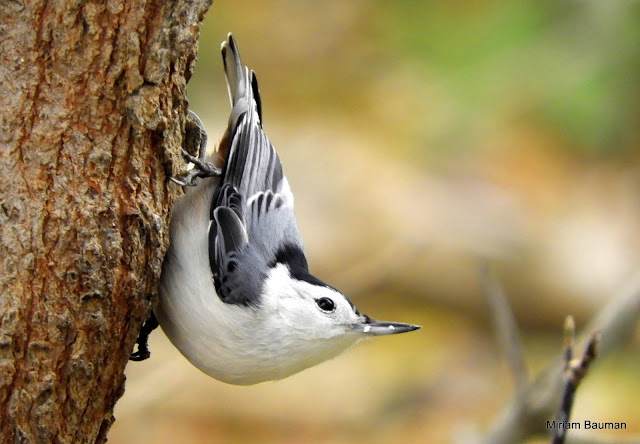 It had been a splendid walk, enjoyed not only by us, but by numerous other outdoor Canadians too, both walkers and cross country skiers. Many were families with young children being introduced to the essence of their country. I think at times we fantasize about living in a climate with year round warm weather, a place where you need never wear a toque or gloves, but I think if push came to shove, we would all confess to being pretty happy where we are.
Vive Le Canada! Vive Le Québec! Vive La Neige!
Posted by David M. Gascoigne, at 18:34