The Bruce Trail is a wonderful stretch of Ontario landform that reaches from the Niagara Peninsula all the way past Tobermory and ends at the shoreline of Georgian Bay, an offshoot of Lake Huron. It is in fact situated along the ancient spine of the Niagara Escarpment.

The Bruce Trail Conservancy owns and operates many sections of this trail and is constantly trying to acquire more as private landowners put up their properties for sale. One of their recent acquisitions is a small parcel of land now known as the Duntroon Crevice Heights Nature Reserve, near Singhampton, ON. The Kitchener-Waterloo Field Naturalists contributed $10,000 towards the fund-raising campaign and it was with great pleasure that several members of our club, along with other donor organizations, accepted an invitation to explore the newly created reserve.
Just outside the property we discovered this fine example of a dry stone wall, i.e. a wall created without the use of mortar or any other bonding agent. This type of wall is widespread in Europe but in my experience is relatively uncommon in  Ontario. 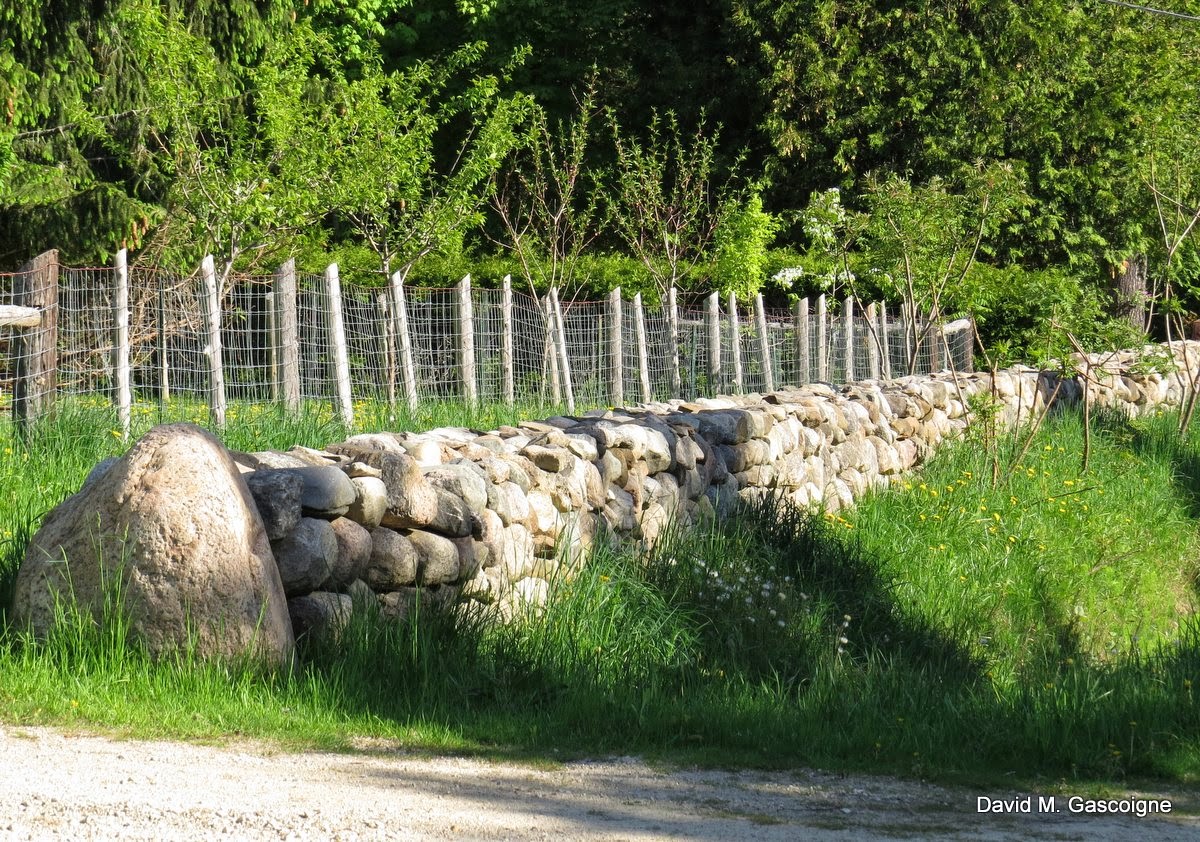 In a pasture adjacent to Duntroon Heights Bobolinks Dolichonyx oryzivorus were in full courtship song, with males hovering and burbling their delightful chorus is a frenzied attempt to attract a mate. 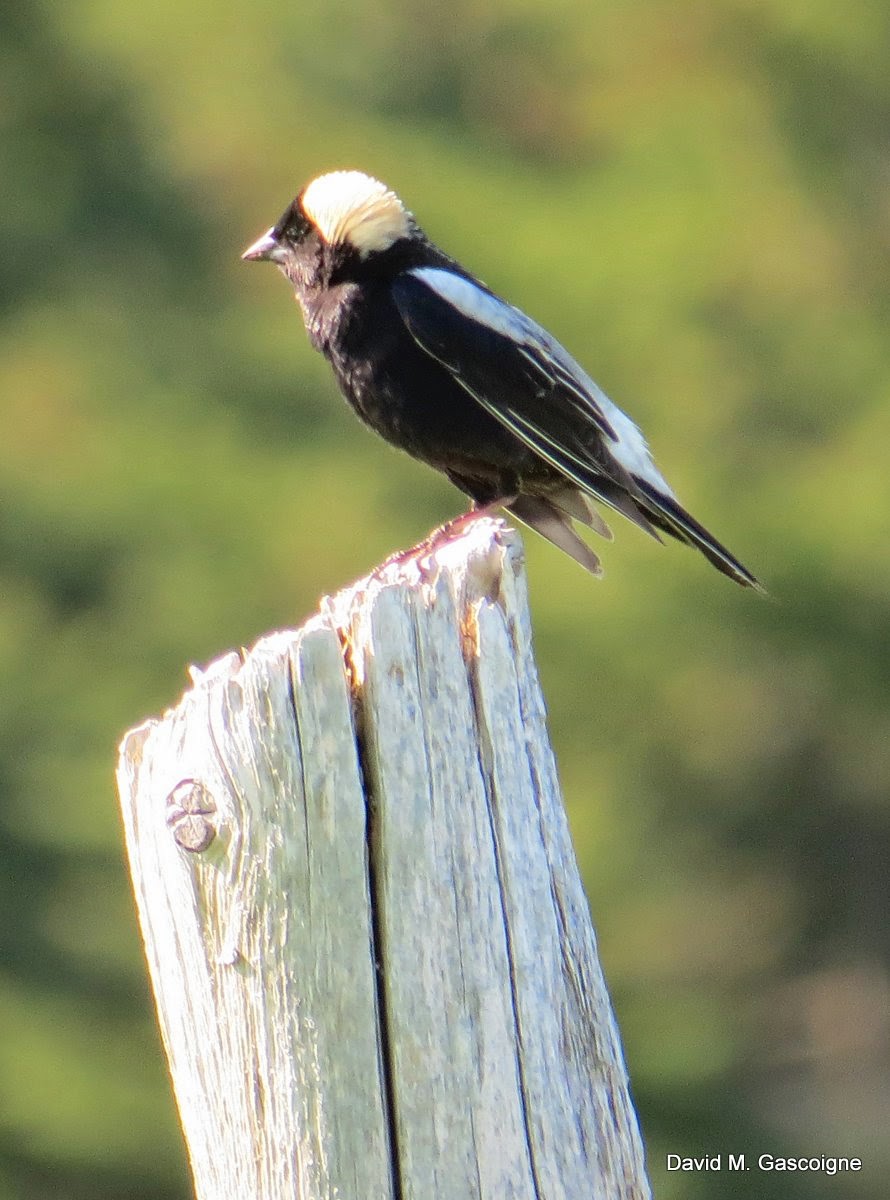 A male Song Sparrow Melospiza melodia was no less ardent. 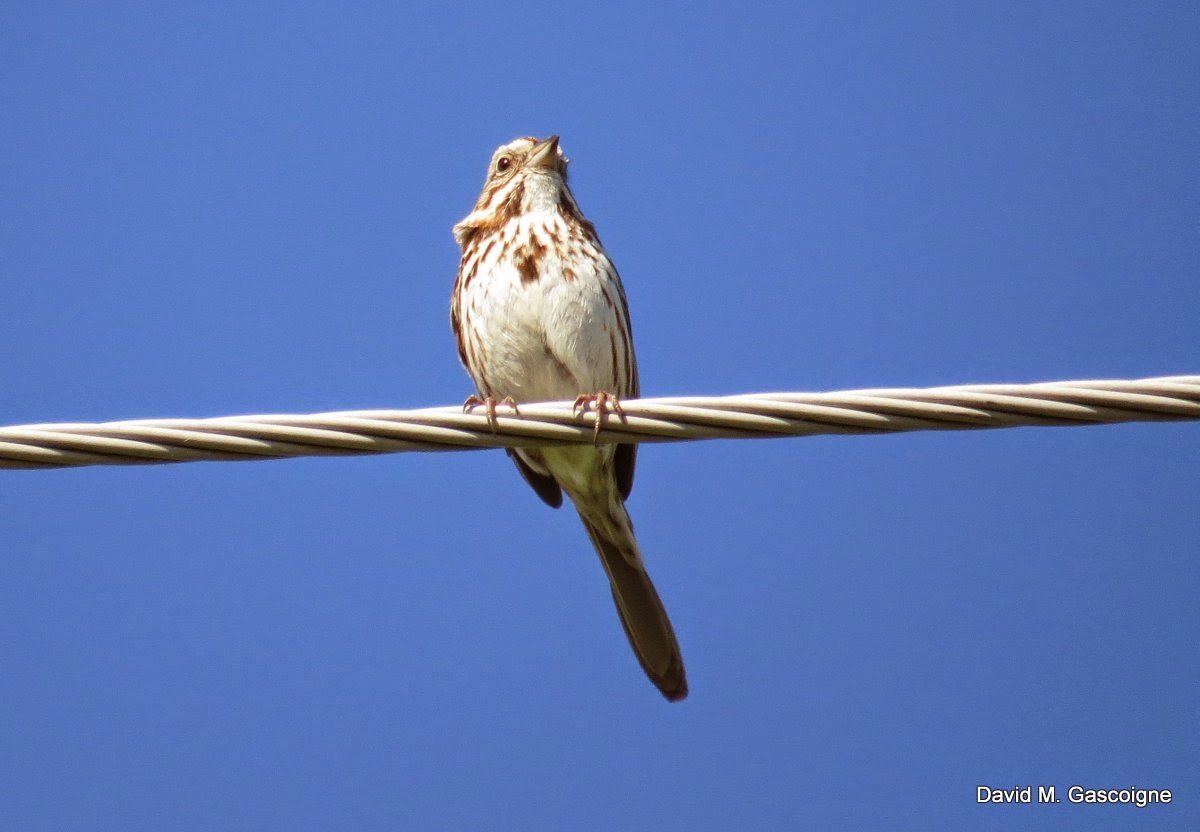 Our tour was scheduled to begin at 10:00 and by 09:30 many cars had started to arrive and the group was assembling with many old acquaintances being renewed. 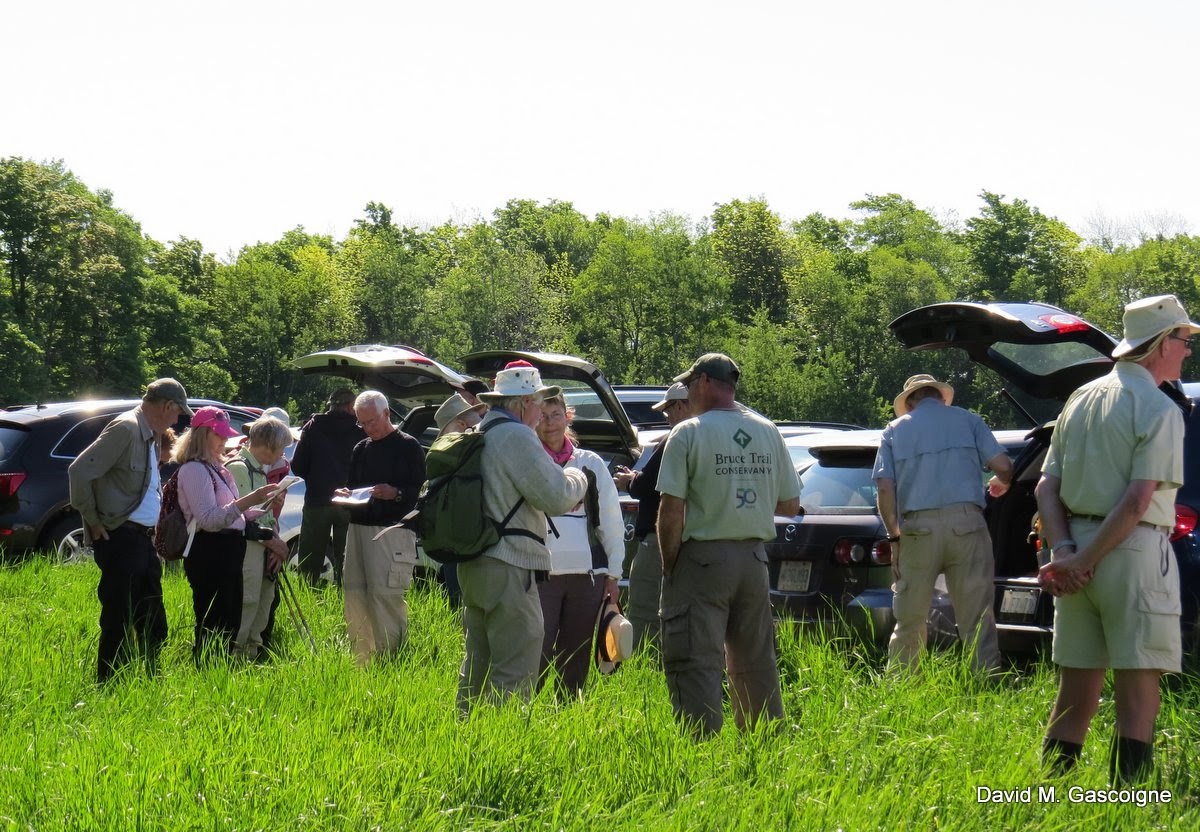 About sixty eager naturalists were signed up for the tour and so the group was split into two. A tour devoted to geology was led by Beth Gilhespy and an ecology walk was conducted by Brian Popelier, both staff members of the Bruce Trail Conservancy. After about an hour the participants switched groups so that everyone had a chance to enjoy both of the informative meanders through the property.

The crevices for which the reserve is named are formed by specific geological actions and this is a typical example. The whitish area at the bottom is snow! 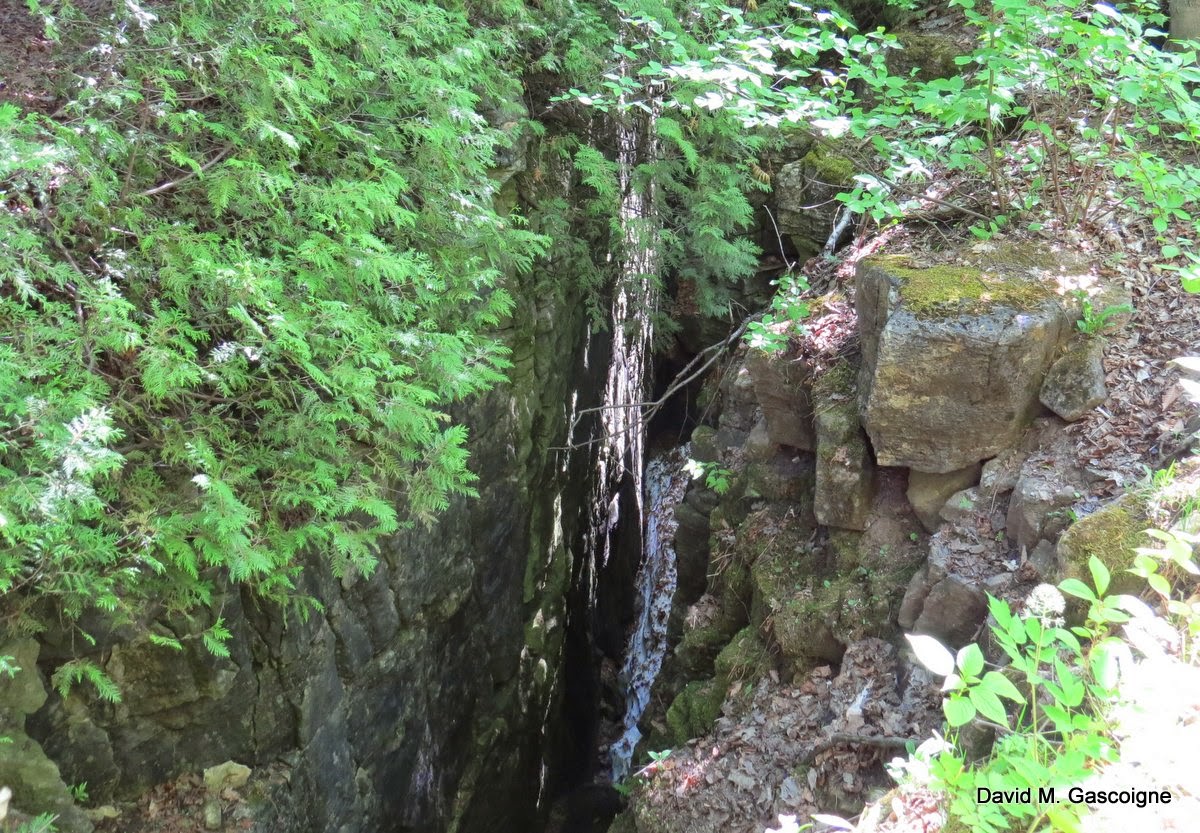 The forest contains many wonders and these magnificent bracket fungi attracted my attention. 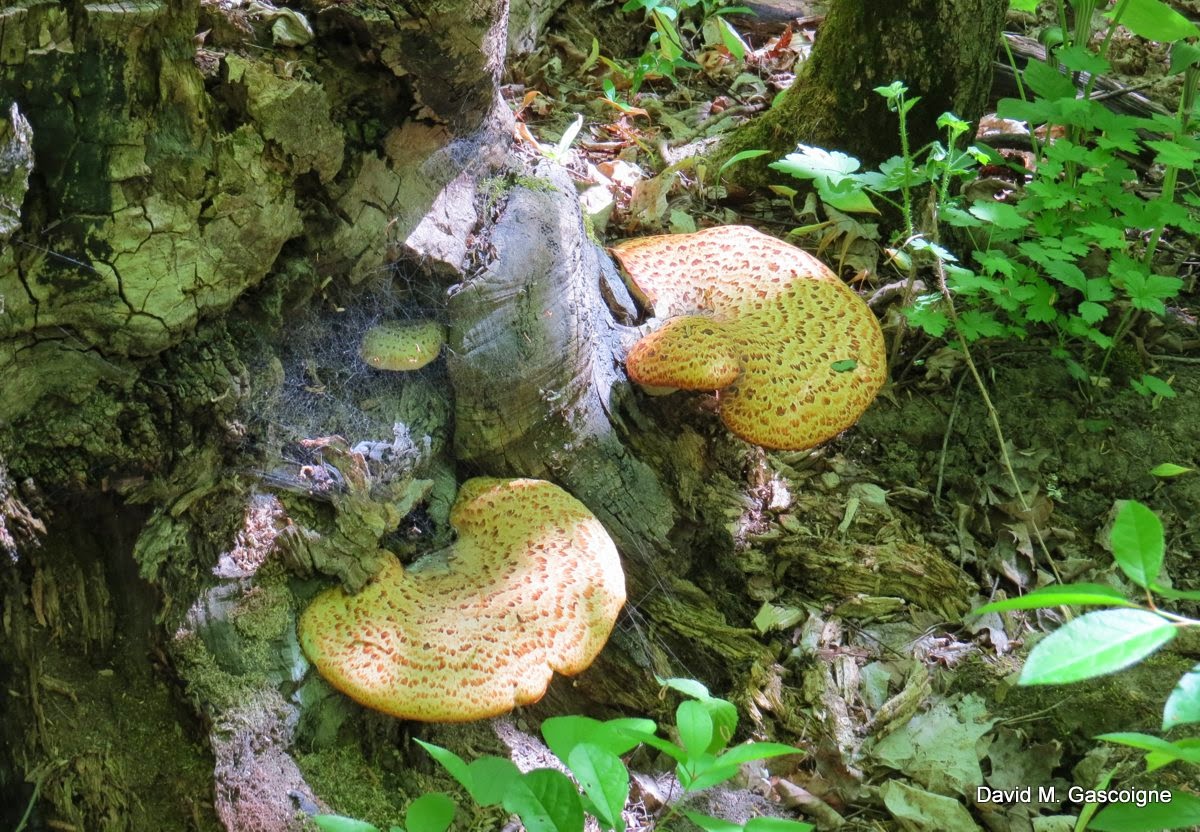 There were several patches of Yellow Lady's Slipper but I am not proficient enough to identify it as to species. If anyone can help feel free to leave a comment below. 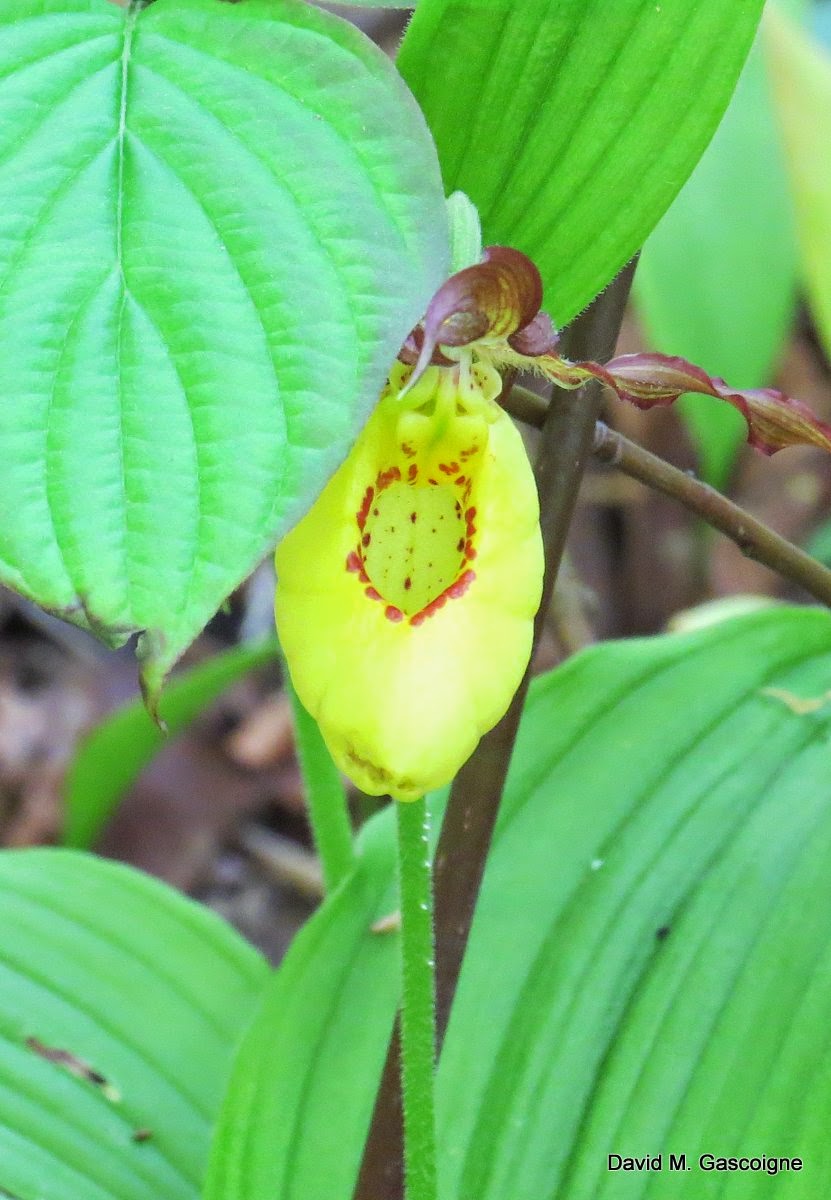 The Niagara Escarpment is renowned for its ancient cedars, trees which are gnarled and stunted, clinging tenuously to a rocky substrate, but which are several thousand years old. Much research has been carried out on these trees. I believe they are represented in the image below. 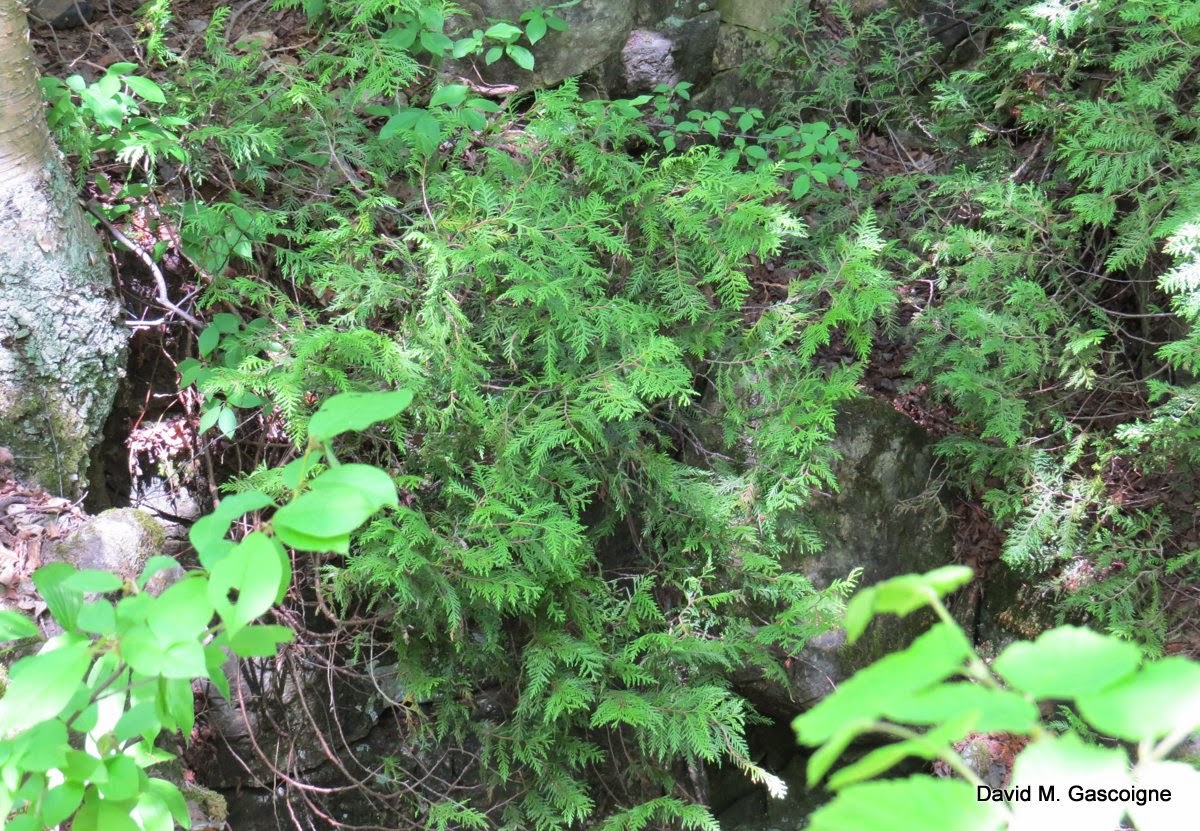 Nothing is perhaps so welcome a sight to an Ontarian as a carpet of Trillium Trillium grandiflorum on the forest floor. It is the provincial emblem and during its brief period of inflorescence brings great joy to many observers. 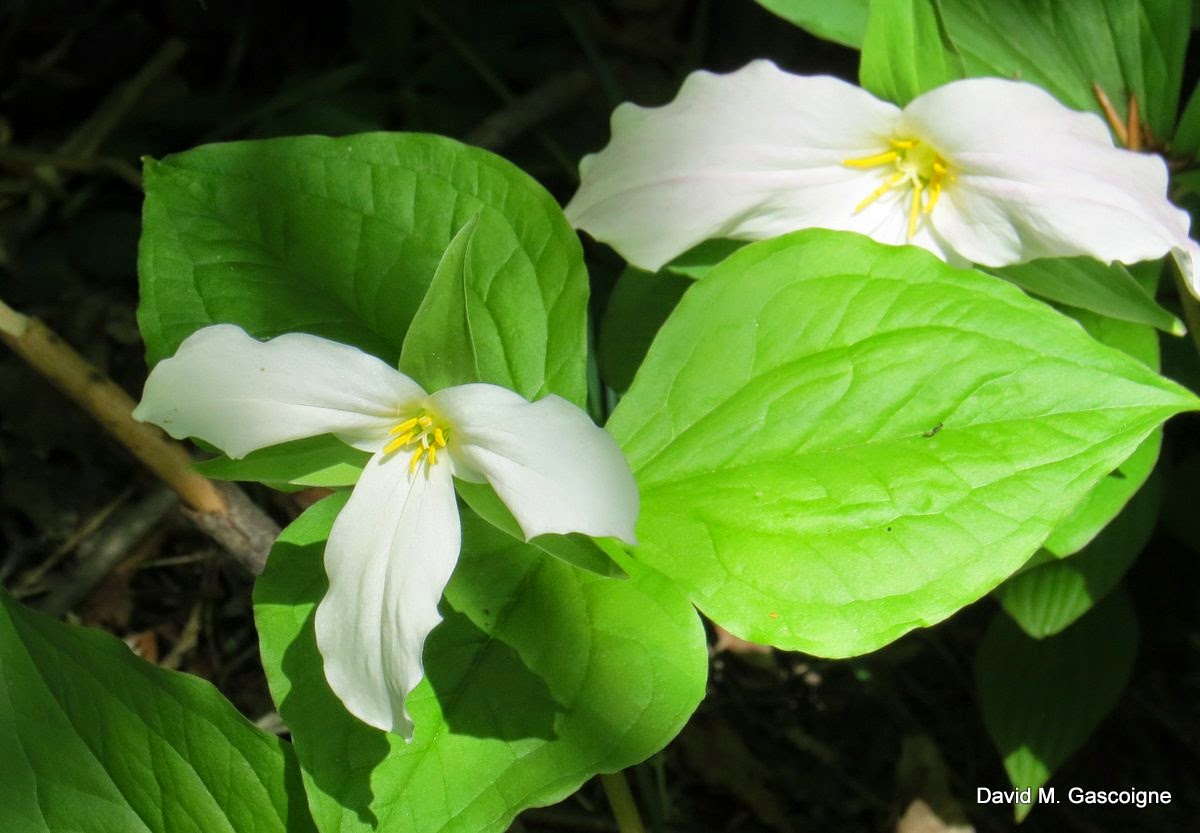 There were many species of violet in the reserve. I believe this one is Downy Yellow Violet Viola pubescens. 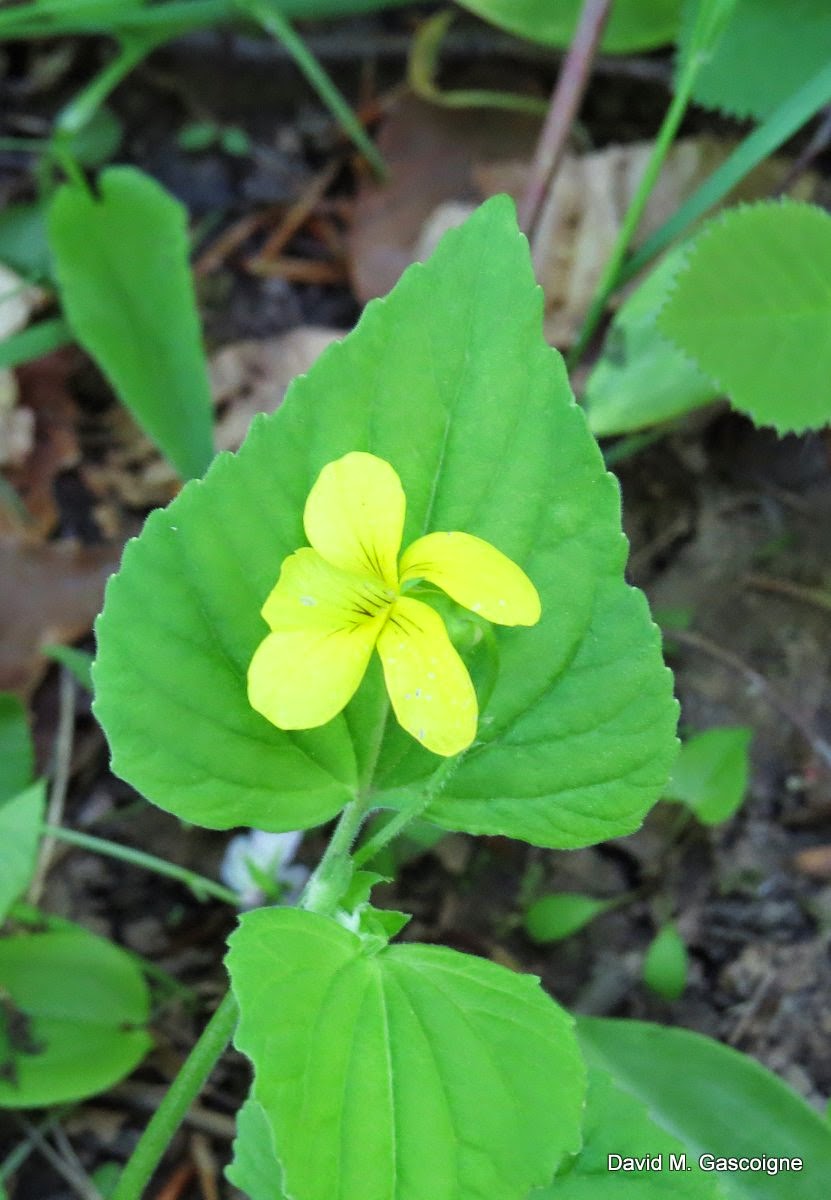 To the watchful eye, Jack in the Pulpit Arisaema triphyllum was there to be seen and enjoyed. 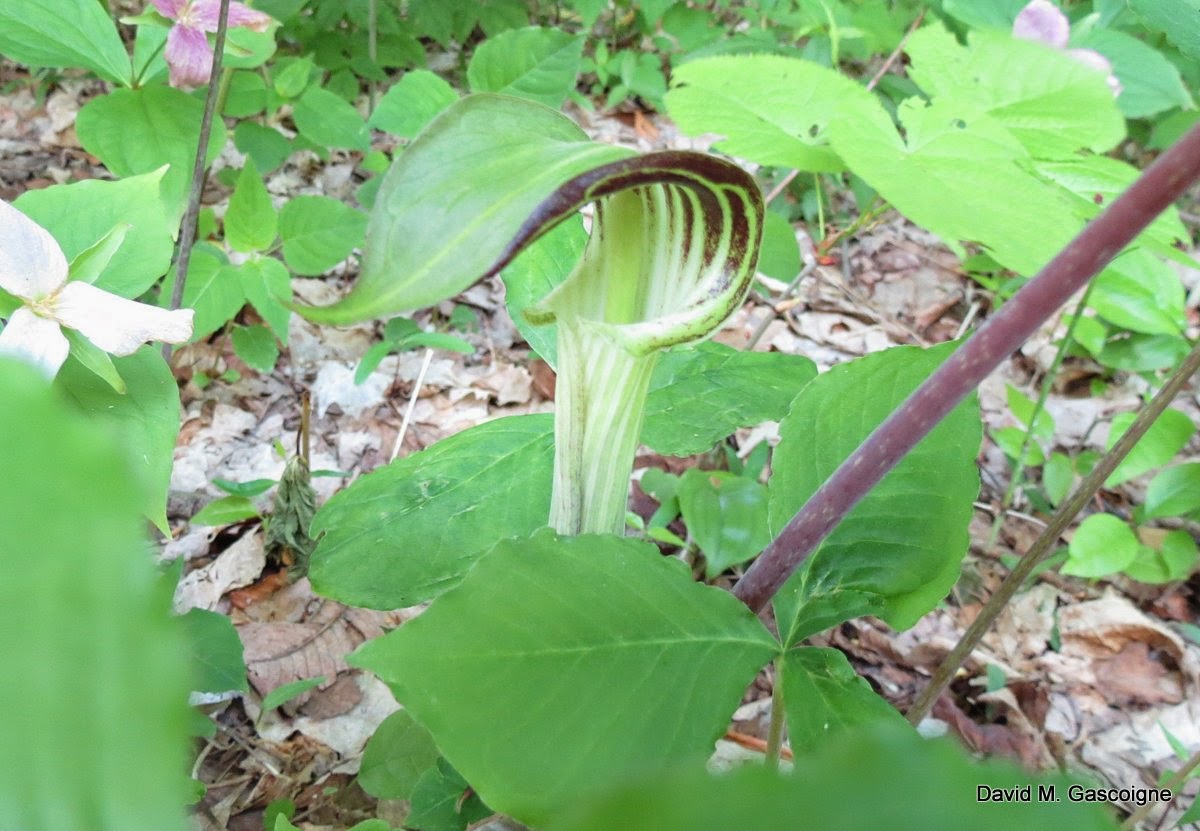 At the end of the walk light refreshments were provided and we all drank a toast to one of the newest reserves in the Bruce Trail Conservancy's inventory. It's a fine addition and I look forward to many future visits.